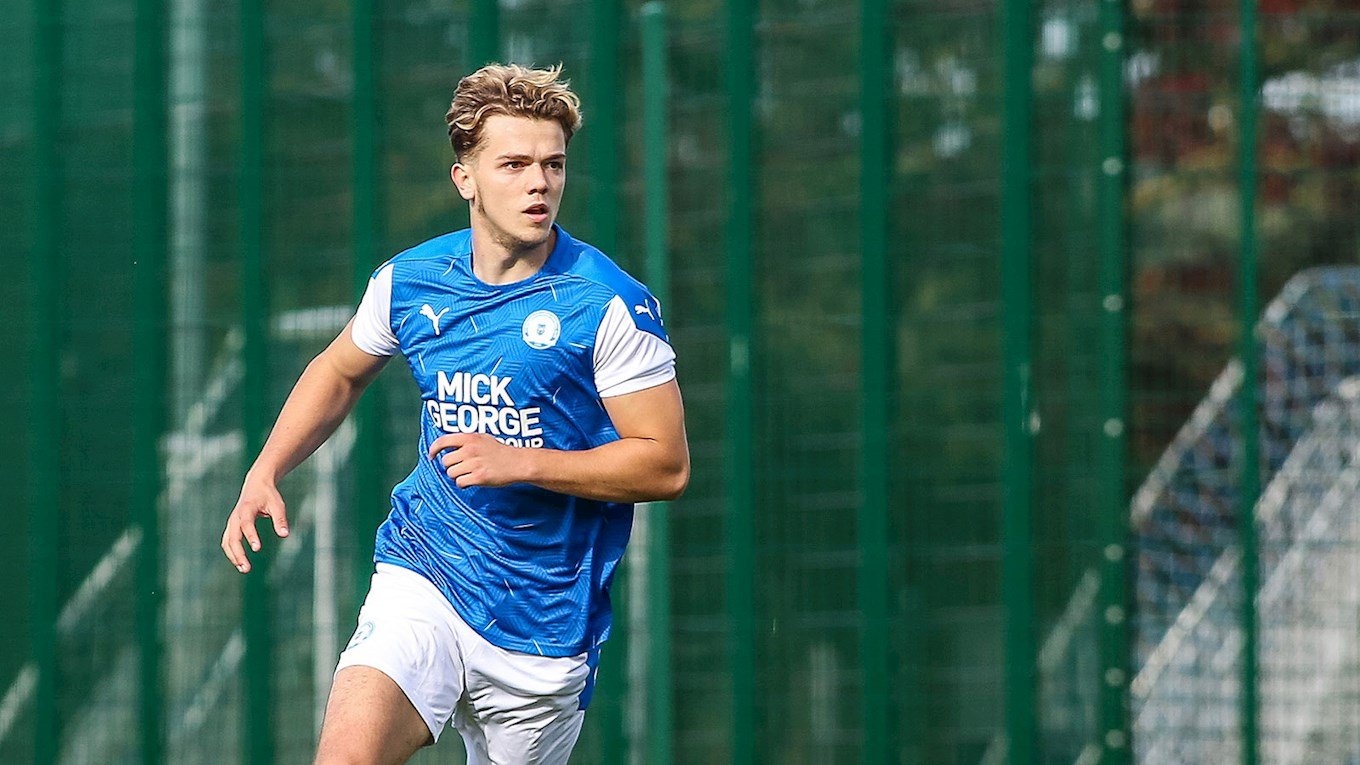 Young defender Bobby Copping has made the tough decision to announce his retirement from the game.

Peterborough United defender Bobby Copping has made the incredibly tough decision to retire from the game at the age of 19 following injury.

The talented teenager, who joined Posh from the now defunct Bury Football Club in 2019, sustained a head injury in July 2020 and was subsequently in hospital for four days. After a number of months, he made a full recovery and was named on the bench for the first team for a cup clash with Cambridge United, however a week later, he sustained the same head injury and was forced to assess his options.

“Over the last few months, I have been doing all I can to recover whilst having conversations with a specialist who had suggested I try a medication to see if that would stop the injury from re-occurring. Unfortunately, this didn’t work, so that left few options open to me. I have had various conversations with the club and the specialist and we all came to the same conclusion that for my long-term health and to prevent further damage, retirement from football completely was the obvious decision to make and that has been backed up by the fact I still have problems on a day to day basis because of the injury.

“This decision was extremely heart-breaking to make and not just for me, but also for my family who have invested so much into my football journey. Words cannot describe how truly gutted that I am.  Firstly, I would just like to thank everyone at the club, especially the staff and my teammates for all their support in such a difficult time for myself.

“They have been amazing and I wouldn’t have been able to come through this without their support. I would also like to thank my family. They have been my rock throughout this tough time. From the very start of my footballing career they have been there and it hurts a lot knowing we can’t continue my career any further. Finally, thank you to the fans that have supported me and made my time at the club as enjoyable as possible, I have really loved every moment since I joined in 2019.

“Although this is a very difficult time for myself, moving forward I’m extremely lucky and thankful to be able to stay a part of the club. I will be taking up a new role at the club as I now progress my career down the business side of things. Thank you again to everyone that has been involved with my football career from the start, I am extremely gutted but anyone that knows me knows that I will bounce back from this,” Copping said.

Academy Manager Kieran Scarff said: “Everybody at the football club are hugely disappointed for Bobby. He has worked so hard for so many years to achieve a professional contract. However, his long-term health has to be the priority and whilst this decision is an immensely tough one for him to make, it is the right one. We will support Bobby as much as we possibly can. He is a polite and respectful young man who has worked so hard on his career. I know he will now show the same level of determination and application to ensure he will go on to be successful in whatever he chooses to do.

“We are really pleased that Bobby has accepted an offer to work within the Academy in a business operations role. This is a very important role as we plan for Category 2 status and also supports the career aspirations Bobby is now following. He is delighted to be staying at the club and I know he will give 100% in this role, just like he did in his football career.”

Darragh MacAnthony added: ‘Myself and everybody at the club were bitterly disappointed for Bobby and what he has been through physically and mentally. He is such a lovely young man who in my mind will bounce back from this horrendous setback to have a great career in the game. We are delighted that he is staying with the club and excited for the next chapter in his journey which in mind will be the making of him.”

Manager Darren Ferguson said: “The most important thing for anyone is their health and Bobby has made the right decision. We will look after him as a club, he is going into a role within the Academy and he will do well in that role, he has a good work ethic, and he has a big part to play. He is a lovely lad and it is sad when someone so young has to quit the game.”