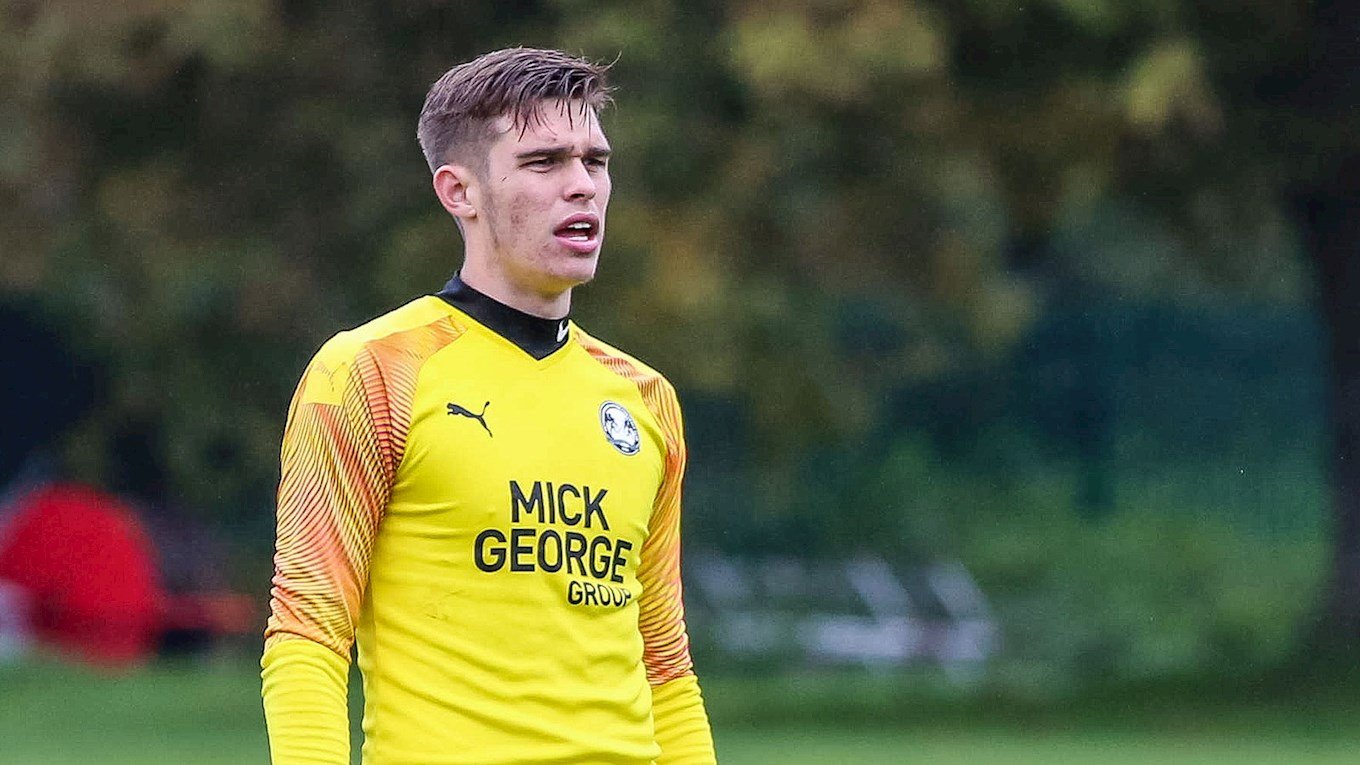 The football club are pleased to confirm that goalkeeper Will Blackmore has signed a long-term professional contract.

Peterborough United are pleased to announce that promising young goalkeeper Will Blackmore has penned a long-term professional contract at the football club after becoming the latest player to graduate from the club’s Academy.

Manager Darren Ferguson is pleased to secure the services of the 19-year-old and believes he has a biight future if he continues to develop.

"I am really pleased that we have been able to get it done. He has got a lot of potential and I believe he has a really bright future if he continues as he is. He has developed a lot over the course of the last 12 months and is putting pressure on the others to keep their standards high."

Blackmore, who has been a regular in the under 18s as well as featuring for the under 23 side, has impressed Goalkeeping Coach Mark Tyler, who believes there is plenty of potential within the teenage shot-stopper.

“Will has done very well and I am excited by the potential that he has. He is a lovely kid.  He has a lot of great attributes and he is willing to learn and improve. He knows there are aspects of his game that he needs to work on, but he is working hard every single day in training and is always asking questions about how to improve in different areas.

“I am really pleased that a deal has been done and I have said to him, the real hard work starts because you can’t rest on your laurels and he knows that. He has settled into the first team environment well, training every day with me, Christy and Dan and we have taken him with us for away games so he can get used to the feel of a match day. He has a good sense of humour, the lads have taken to him and I am excited to work with him,” Tyler said.

Blackmore, who was a late bloomer when it came to goalkeeping, is delighted to commit his long-term future to the club and is enjoying every day, learning under the tutorage of the experienced Tyler and the other goalkeepers at the club.

“I am absolutely buzzing! A lot of hard work has gone in to get me to this point, but I know there is a lot of hard work to come, but it is great to get to this point and let’s see where it takes me. I am extremely grateful to the club for giving me this opportunity, I am really excited about the future and am enjoying every minute.

“It has been great working with Mark Tyler. He is a legend at this club and has helped me a lot, as have Christy and Dan, they have been great with me. I was actually an outfield player up until about the age of 14,15 so I am a bit of a latecomer to the party when it comes to goalkeeping, but I always loved making saves and obviously distribution is a big part of the position.

“The rest of the squad have been really welcoming to me, which has made it an easier transition from Academy football, but the bonus is that with under 23 games, there is another step between the two. Obviously the next stage for me is to get a bit of first team football, but it is difficult at the minute with the uncertainty in the league’s below, so we will see what happens there, but in the meantime, I will be pushing Dan and Christy as hard as I can,” Blackmore said.