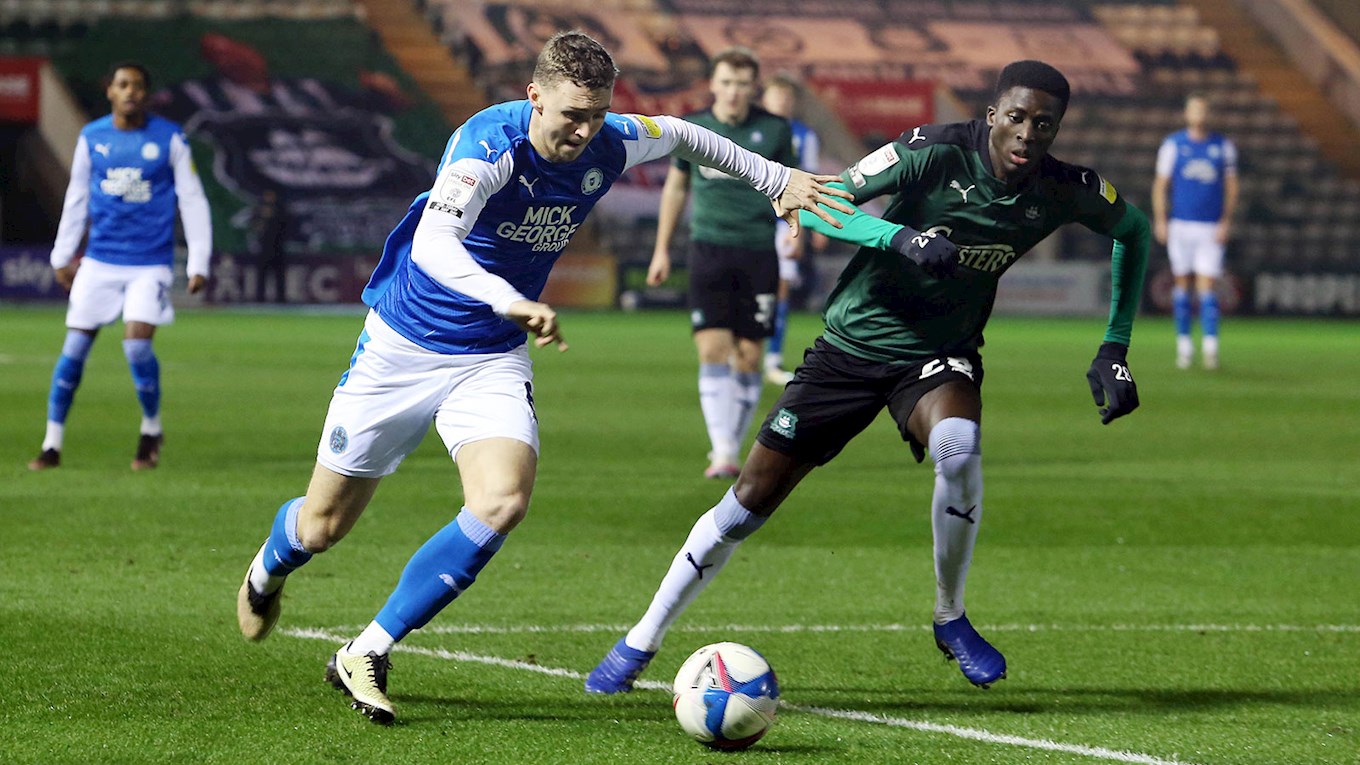 Posh record fifth straight win and move to the top of the table after 3-0 victory at Plymouth Argyle.

Peterborough United are now a point clear at the top of the Sky Bet League One table after a superb display at Home Park against Plymouth Argyle, previously unbeaten in nine league games, with Sammie Szmodics, Jonson Clarke-Harris and Jack Taylor on target, the last one a stunning strike from 25-yards.

Luke Jephcott tested goalkeeper Christy Pym on 11 minutes after Jack Taylor was dispossessed in midfield as Argyle registered the first effort on goal after a fairly lively start by Darren Ferguson’s men, certainly in the possession stakes.

At the other end, a clearance was charged down presenting Szmodics with a shooting chance from around 25-yards but the effort was straight at Cooper who made a routine stop. Joe Ward sent a free-kick from the edge of the box over the crossbar after Szmodics was caught late as he tried to curl a shot into the corner.

Skipper Mark Beevers was cautioned for a clumsy foul on Ennis on 21 minutes as Plymouth won a free-kick in a dangerous position. The resulting set-piece was curled straight into the wall by Grant. On 34 minutes, Posh carved out the best opportunity in the game to date as Clarke-Harris won the ball high, he raced clear, cut inside, and squared for the onrushing Szmodics, but he curled his effort over the bar.

Pym produced a fine stop to keep out a fierce drive from Camara on 39 minutes as Argyle produced a stirring finish to the first half. Within a minute of the second half starting, Posh were ahead, a long pass forward from Kent picked out Ward, he did well to beat the full-back and his low centre was tapped home by SZMODICS.

Posh doubled the lead on 63 minutes and you won’t see a better team goal from back to front, Taylor and Dembele involved, then a wonderful pass from Szmodics inside the full-back to Ward and his cross was delicious and inch-perfect for the sliding CLARKE-HARRIS who made it 2-0 and chalked up his 21st goal in all competitions in the process.

On 70 minutes, Pym produced a superb stop to keep out an ungainly header from Camara as a left-wing centre picked out the midfielder. Darren Ferguson made his first change on 72 minutes with Ethan Hamilton replacing Brown in midfield.

Substitute Adam Lewis dragged a shot wide on 83 minutes as the home side upped the tempo and began to cause problems in wide areas. On 84 minutes, Posh scored a third and it was another great effort, this time Jack TAYLOR, letting fly from distance, with the ball arcing into the top corner leaving the keeper with no chance.

Burrows had a chance late on to make it 4-0, flicking it over the defenders head and then the keeper, but it drifted wide of the far post.