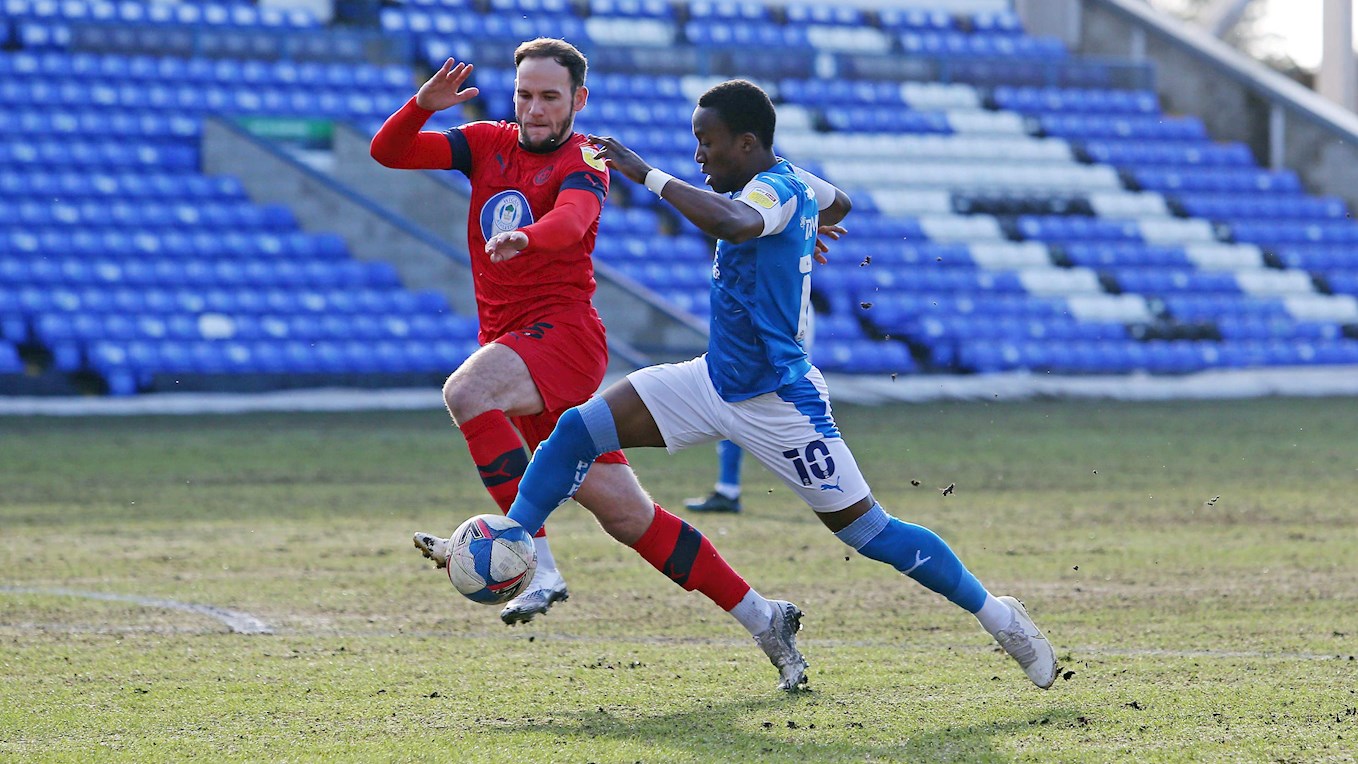 Posh scored twice in the final 10 minutes to beat Wigan Athletic 2-1 at the Weston Homes Stadium.

Peterborough United held onto top spot in Sky Bet League One as two goals in the final 10 minutes from leading scorer Jonson Clarke-Harris secured a determined 2-1 victory over Wigan Athletic at the Weston Homes Stadium.

Some quick feet from Siriki Dembele saw him create a shooting opportunity for himself inside the opening two minutes, but his shot from 25-yards on his left-foot went wide of the far post. Skipper Mark Beevers was cautioned for a foul on Solomon-Otobor on 11 minutes by referee Mr Bramall.

The visitors were close to the breakthrough on 12 minutes as a free-kick from Dan Gardner appeared to come off Dan Butler and onto Doodoo before rebounding against the post. Christy Pym produced a fine stop to keep out Gavin Massey from close-range as the visitors caused a problem from a Gardner right-wing corner kick.

Ward curled a free-kick wide of the target on 33 minutes after Clarke-Harris was upended on the edge of the box by Tilt. Two minutes into the second half, Robinson was cautioned for a shirt tug on Thompson.

Clarke-Harris headed wide from a teasing Ward delivery on 50 minutes as Posh tried to find the breakthrough. Clarke-Harris volleyed wide from 20-yards after a Wootton header only reached the edge of the box, but it was a tough chance for the striker to make keep his effort on target.

Dembele was kept out by Jones on 57 minutes as he shifted a Ward pass onto his left-foot and burst into the box, the keeper doing well to tip over the effort from a tight angle. Solomon-Otobor saw a left-foot effort beaten clear by Pym on 61 minutes as Wigan found space down the left hand side of their attack.

Pym produced a fine stop to keep out a low Massey effort on 70 minutes, but a minute later he was picking the ball out of the back of the net as substitute AASGAARD whipped a corner straight in. Darren Ferguson made a immediate change with Mo Eisa replacing Szmodics in attack.

Eisa fired wide with a shot on the turn on 75 minutes after a towering header from Clarke-Harris created the half chance for the substitute.  Posh made a double change with 10 minutes to play as Ethan Hamilton and Harrison Burrows replaced Beevers and Brown.

Posh levelled the scores on 82 minutes as a delicious cross from substitute Burrows was headed home by CLARKE-HARRIS for his 20th league goal of the campaign. It was 21 moments later as Siriki Dembele was upended by Darikwa in the box and CLARKE-HARRIS stepped up to send the keeper the wrong way from the spot.