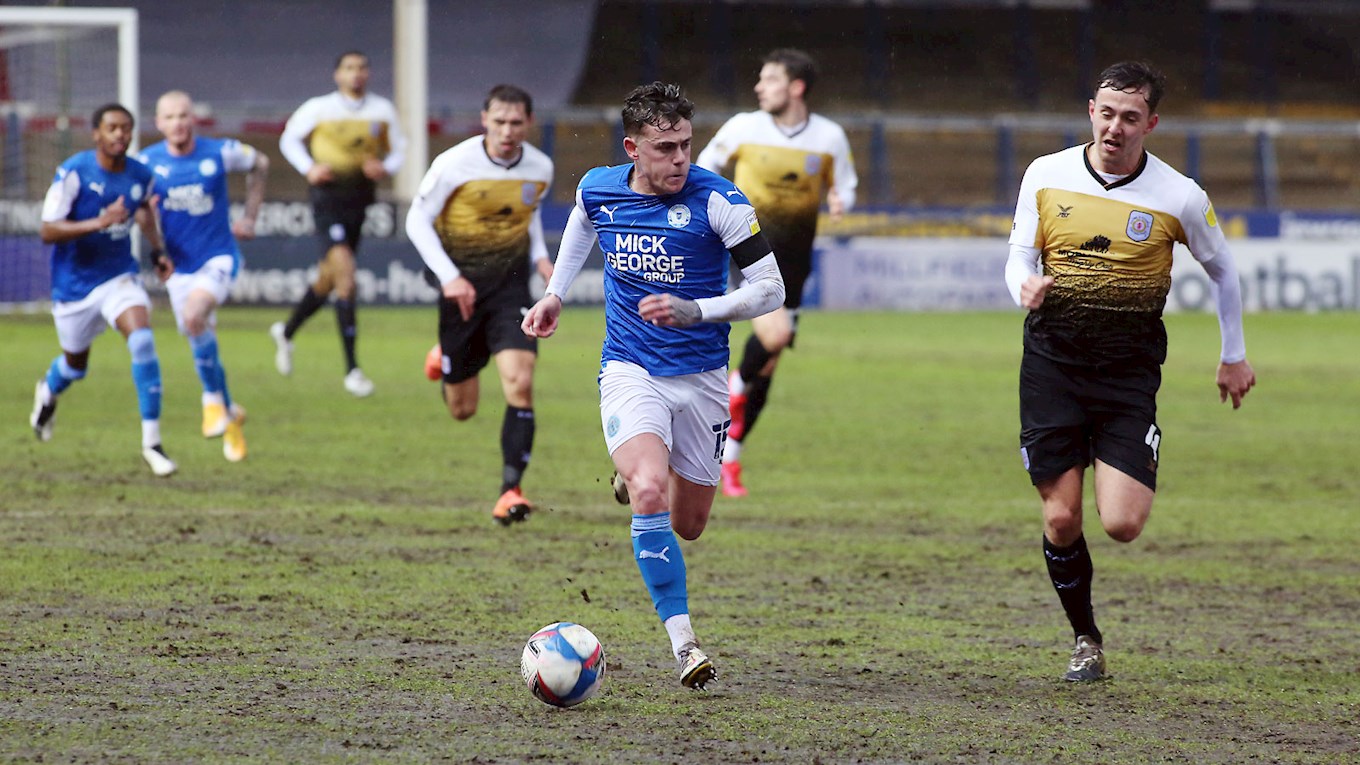 Posh recorded another home success as goals from Sammie Szmodics and Jonson Clarke-Harris secured a 2-0 win over Crewe.

After a quiet opening to the game in difficult conditions, it was Posh who tested the Crewe goalkeeper first, Jonson Clarke-Harris with the low left-footed effort on the angle after Joe Ward had led a swift counter-attack.

On 18 minutes, Posh were close to the breakthrough as Dan Butler made moves down the left and stood up a fine cross for Clarke-Harris, but his powerful header went inches wide of the target.

On 24 minutes, Posh opened the scoring as Siriki Dembele slipped in Sammie SZMODICS and he made no mistake, clinically finishing past keeper Richards. Darren Ferguson’s men doubled the lead just after the half hour mark and it was a superb goal, midfielder Jack Taylor picked out Szmodics and he was unselfish this time, a left-footed low centre, which was inch perfect for CLARKE-HARRIS to tap home from close-range.

Frankie Kent was cautioned two minutes after the break as he over stretched to try and win the ball on the half-way line. Brown whipped a shot from 25-yards over the crossbar on 49 minutes after good play from Dembele in a tight area.

Crewe made a triple change just before the break with Stephen Walker, Chris Porter and Tom Lowery introduced. Dale headed over at the far post from a clipped cross by Wintle moments later as the Railwaymen came close to knocking Posh off track.

Christy Pym made his first save of the afternoon on 71 minutes, comfortably denying substitute Lowery who had a go from distance. Posh should have made it 3-0 on 76 minutes as Szmodics superbly picked out Dembele through on goal, but he lifted his shot wide of the target.

Substitute Eisa was denied by Richards on 86 minutes after wonderful approach play from Clarke-Harris as Posh pushed for a third goal. Hamilton tested Richards from long-range with a swerving effort that the Crewe shot-stopper did well to deal with.