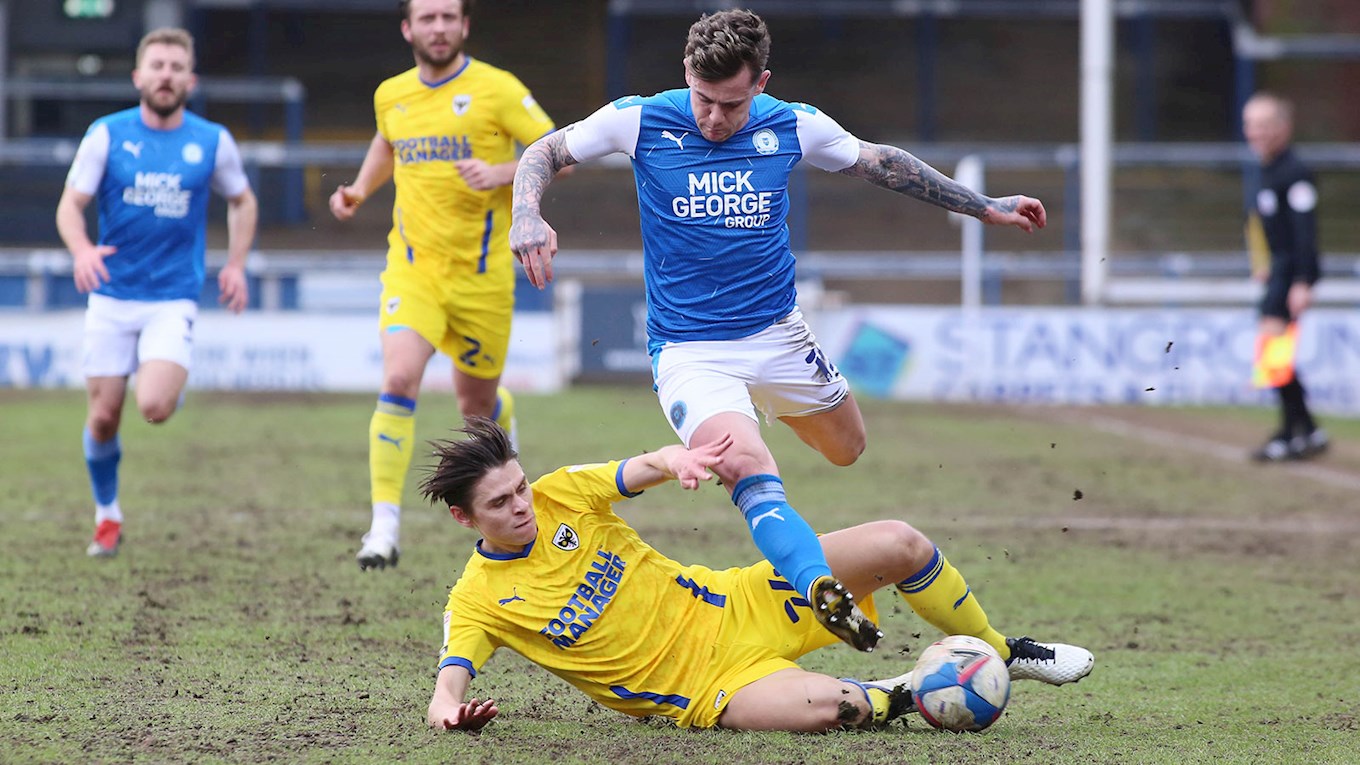 Darren Ferguson’s men chalk up another home win with a 3-0 success against AFC Wimbledon.

Peterborough United moved back into the top two with another home victory at the Weston Homes Stadium as two goals from Sammie Szmodics and a 20th goal of the campaign from Jonson Clarke-Harris putting AFC Wimbledon to the sword.

Posh carved out a number of half-chances in the opening 10 minutes with a Sammie Szmodics cross just eluding his team-mates in the box, while defender Frankie Kent headed wide from a bouncing Dan Butler corner kick.

At the other end, Christy Pym was well placed to keep out a curler from Rudoni on 12 minutes as the visitors found some space on the edge of the box. Ryan Longman skied a left-foot effort when in a bit of space moments later as the Dons enjoyed a good spell of pressure.

Clarke-Harris fired wide of the near post after a slick Posh move, although in fairness to the striker, he was looking for a pass, but was undone by a bobble on the surface. Joe Pigott volleyed wide after a poor defensive header on 22 minutes for Mark Robinson’s men.

Longman glanced a header wide of the target five minutes later after a right-wing centre. Dembele tested the reflexes of Walker on 40 minutes with a fierce drive, the keeper parrying clear with Ward’s rebound far more routine. Dobson was cautioned for a foul on Dembele a minute later by referee Mr Woolmer.

Posh opened the scoring three minutes after the re-start, a slick move which culminated in Dembele picking out SZMODICS who had the simple task of slotting home past the keeper from close-range. Posh doubled the score-line on 51 minutes and it was SZMODICS again, firing low across the keeper and into the bottom corner.

Taylor was denied by Walker moments later with his follow-up well blocked as Posh went in search of a third goal. The Dons introduced former Spurs front man Shayon Harrison just before the hour with Chislett the man replaced.

Pym produced a fine stop to keep out Longman and then reacted well to stop the ball from spinning over the goal-line after Harrison made an instant impact with a strong run and pass. Unfortunately for Harrison, that was his last action as he left on a stretcher moments later following an ankle injury.

Posh made a change on 74 minutes with Ethan Hamilton replacing Brown in midfield and Niall Mason replaced Thompson on 79 minutes. Dembele and Szmodics linked well again on 82 minutes, but this time, the latter lofted his effort over the bar on the stretch.

Szmodics had another opportunity to complete his hat-trick on 86 minutes after linking well with Clarke-Harris but after rounding the keeper, he was driven wide and couldn’t keep his effort on target. Posh made it 3-0 just before the break and it was a comical of errors from the visitors, Ward’s initial shot was smothered by the keeper and then the retreating defender fired his clearance against CLARKE-HARRIS with the ball rebounding into the net for his 20th goal of the season in all competitions.

Posh made a triple change straight after the goal with Clarke-Harris, Szmodics and Ward all replaced as nine minutes of added time was indicated.