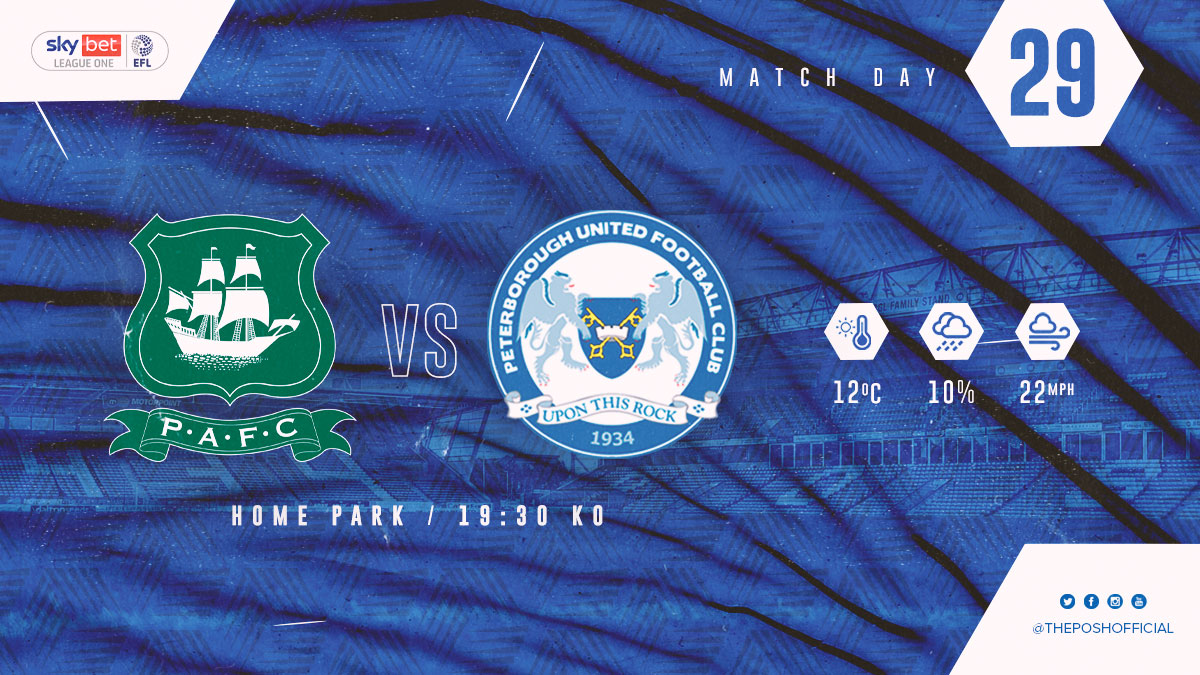 Posh make the long journey to the south west to face Plymouth Argyle on Tuesday evening.

Peterborough United are in Sky Bet League One action on Tuesday evening with a trip to the South West to face Plymouth Argyle (7.30pm) and the hosts will provide stiff competition with Ryan Lowe’s men unbeaten in nine games in the league.

They picked up a point on the road at Rochdale on Saturday, while Posh beat AFC Wimbledon 3-0 at the Weston Homes Stadium thanks to two goals from Sammie Szmodics and a late effort from leading scorer Jonson Clarke-Harris.

Midfielder Reece Brown has recovered from a knock at the weekend and is available for selection, but defender Ronnie Edwards remains side-lined with a thigh problem. Argyle are unlikely to make wholesale changes to their in-form side with top scorer Luke Jephcott expected to lead the line.

“We are making the journey down today (Monday). It is not a journey you can do in one day, but it is the same for everyone and we will prepare as well as we can for the game. Plymouth have deployed three centre backs for most of the campaign and they are very effective in the way they play and there is no doubt it will be a tough test, but we will go there and try and build on the second half away at Gillingham and the performance on Saturday and try and pick up another three points,” Darren Ferguson said.

Match passes for the game are available priced at £10. You can purchase a pass here: