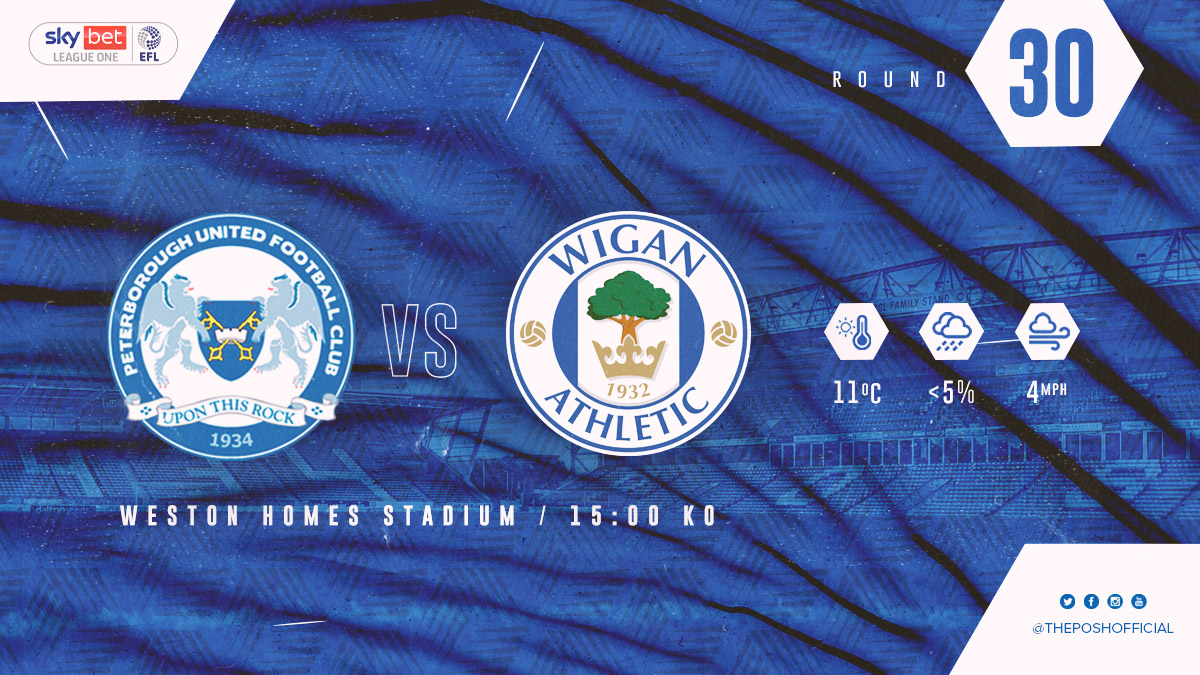 Peterborough United entertain Wigan Athletic at the Weston Homes Stadium in Sky Bet League One action on Saturday afternoon (3pm) with Darren Ferguson’s men currently on a run of five successive victories, a sequence that has taken the club to the top of the table.

Goals from Sammie Szmodics, Jonson Clarke-Harris and Jack Taylor secured a 3-0 success at Home Park against Plymouth Argyle on Tuesday night, three points that lifted Posh to the summit with a one-point advantage over Lincoln City.

Wigan had a good mid-week themselves, securing a last-gasp 2-1 victory at the Memorial Stadium against Bristol Rovers, who had appointed Joey Barton as their new manager hours before. Former Posh defender Scott Wootton netted the winner in the 90th minute.

Defender Ronnie Edwards remains the only injury absentee for Posh with the teenager nearing a return to training as he battles back from a muscular injury. The players have been given a bit of rest following the long journey to the South West on Tuesday evening with the players not returning to the city until 4am on Wednesday morning.

Despite the uncertainty off the pitch, the Latics were able to strengthen their squad during the January transfer window and have kept hold of some of the players that were in demand with Will Keane expected to lead the line. Joe Doodoo, once of Leicester City, is their most recent arrival and could start in a wide position with Callum Lang in fine form, he has four goals from his last five fixtures.

“I saw the celebrations on Tuesday night when Wigan scored their late winner and that suggests to me that they have an excellent team spirit there and they have been good on the road too with four wins from eight games. They responded in the right way after losing heavily to Hull and it will be a tough game for us, I am sure they will come here and try and attack us and we just have to embrace the challenge,” Darren Ferguson said.

The football club would like to thank everyone who is purchasing match passes on iFollow, it is very much appreciated! Match passes for Saturday’s game are available priced at £10 here:

The match referee on Saturday is Thomas Bramall.