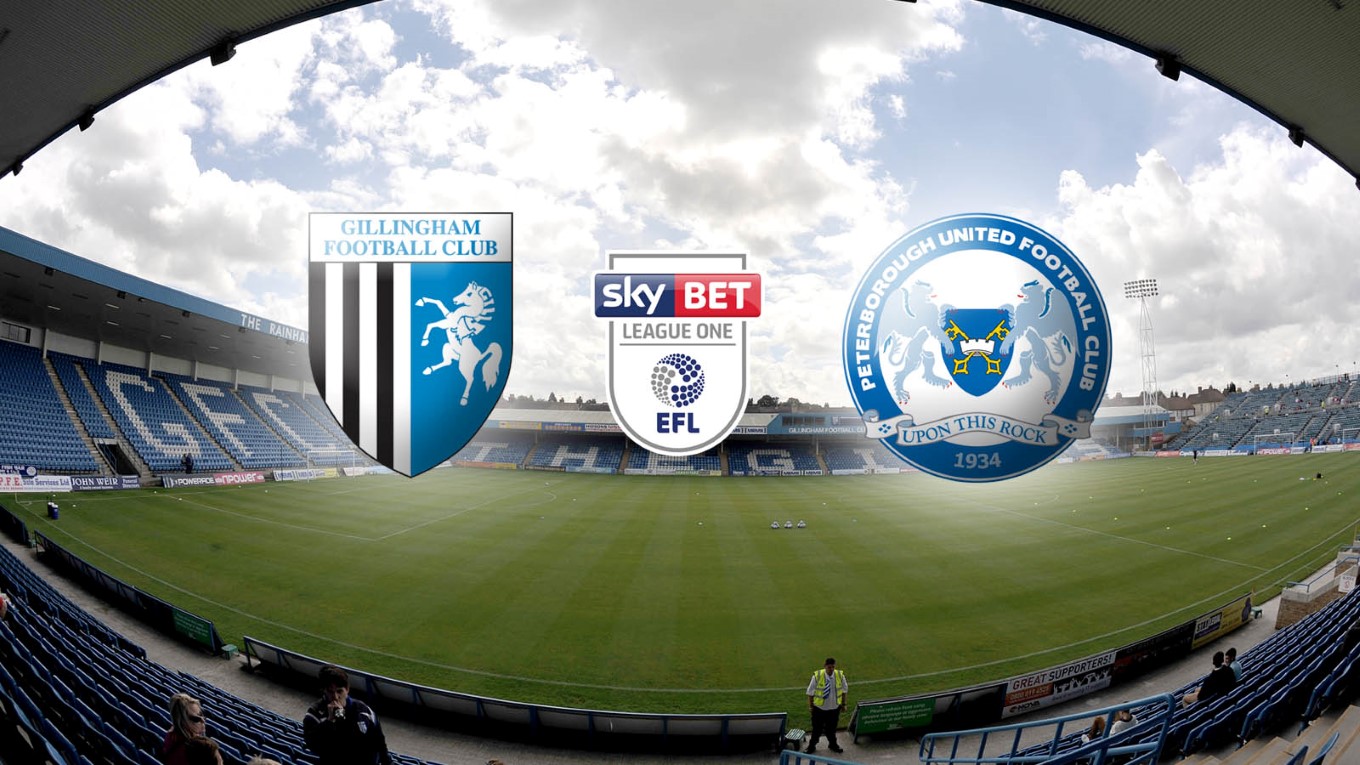 Match preview for Gillingham vs Peterborough United on 16 Feb 21

Posh back in league action on Tuesday evening with a trip to Gillingham.

Peterborough United return to Sky Bet League One action on Tuesday evening with a trip to Steve Evans’ Gillingham (6pm) after Darren Ferguson’s men had a free weekend following the postponement of the scheduled clash at Bloomfield Road against Blackpool.

Without playing, it was a good few days for Posh with other results going in their favour and a win at Priestfield could move them into the automatic promotion places. Gillingham will be tricky opposition though, particularly after an eye-catching 3-2 victory at the Valley against Charlton Athletic on Saturday.

Kyle Dempsey, a former Posh loanee, scored the winner for the Gills after Charlton had pegged the scores back at 2-2 and given notable results against Crewe Alexandra and Sunderland of late, Ferguson is well aware of the threat that the Kent club can cause.

“Gillingham is always a tough place to go and when I see a team have gone to Priestfield and come away with three points, you always think that is a good result. Mark Robson was at the Valley at the weekend and I have watched the game back and they were good, as they were in a number of recent games. I watched them against Lincoln and they didn’t deserve to lose that game 3-0, they played some good stuff at times. We have trained over the weekend and are looking to improve on our away form with five of the next seven on the road, we know we need too,” Darren Ferguson said.

Posh received some good news with the return to fitness of Siriki Dembele, who trained on Saturday after missing the victory over Ipswich Town with a sore knee. Ferguson confirmed the former Grimsby man would have missed the clash at Blackpool had it escaped the weather but will be available for selection at Gillingham. Ronnie Edwards remains on track as he recovers from a thigh injury but is not close to a return to fitness.

Gillingham were without Jordan Graham and Callum Slattery both missed the weekend win with injuries and have yet to be ruled out of the clash with Posh. The injuries are not serious, and Evans is going to give the pair every chance of a return.

“Posh are a quality outfit, a good manager with an outstanding squad of players. Chairman Darragh MacAnthony gives his managers every tool they ask for and that is why they were the biggest spenders in the transfer market last summer.

“Good players in every position and mostly an equal back up if they go out injured or lose form, so it’s going to be a big challenge for us. We will train and prepare a plan like we did for Charlton, execute that effectively gives us the chance but, like Lincoln, they are a top top team,” Steve Evans said.

Remember, Tuesday’s game kicks-off at 6pm. iFollow match passes are available for £10 and will just feature ambient sound. You will be able to choose to listen to home commentary if you prefer. BBC Radio Cambridgeshire are not permitted to travel to away games due to BBC Covid-19 protocols so will be providing commentary for radio from iFollow footage in their studio in Cambridge. Match passes can be purchased here: