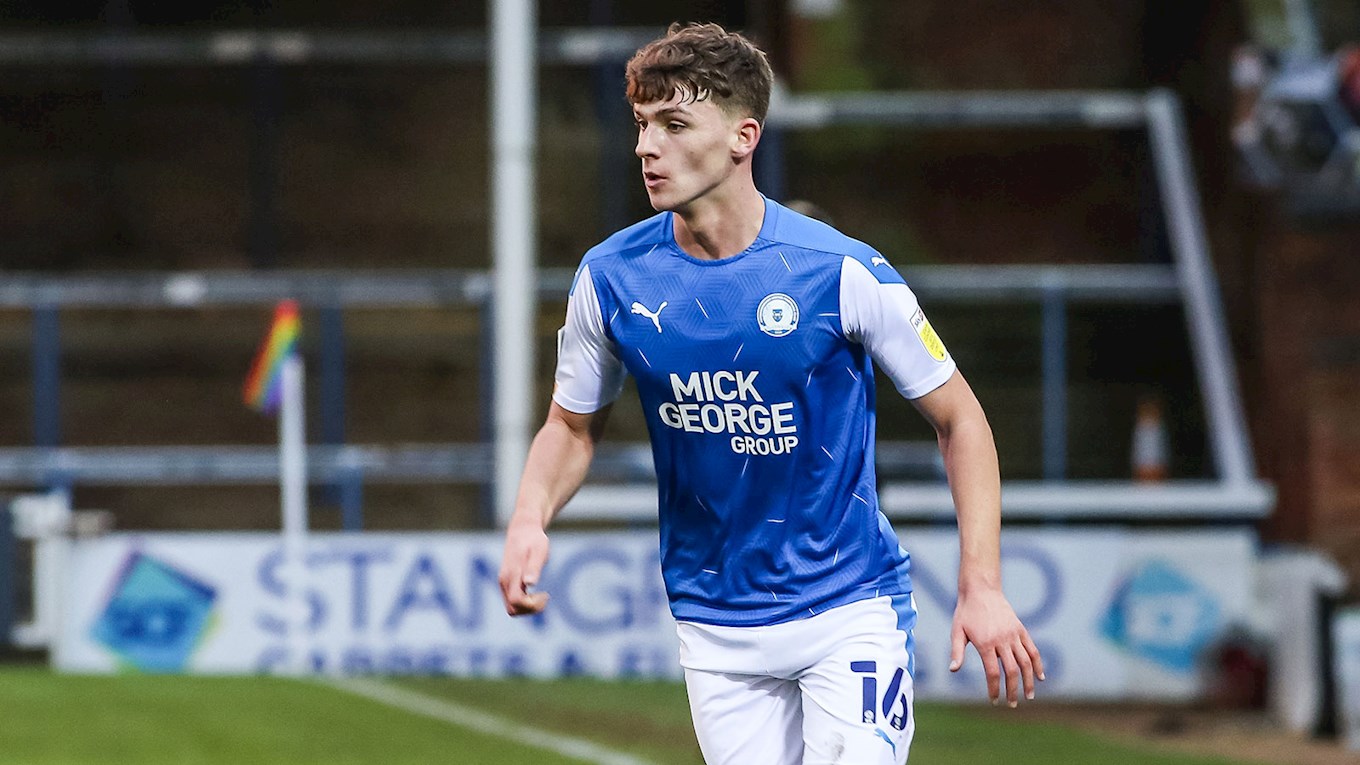 Peterborough United are delighted to announce that teenager Harrison Burrows has put to paper on a long-term contract at the football club.

Burrows, who has progressed right through the Academy after joining before the age of 9, has made 21 appearances in the first team after making his debut in the EFL Cup at Oxford United in 2019, and has been tipped for a very bright future.

Manager Darren Ferguson said: “Harrison has been with us a very long time, joining the Academy at the age of nine, so he understands the football club and understands that he will get the opportunity to perform at first team level. As the supporters will have seen, he can play as a wing-back, which is the role he currently has, but he can also perform in one or two other positions as well.

“We feel he can play as a number 10 and off the right in a 4-2-3-1 formation, he understands the game and knows what we expect from him. He has areas of his game that he needs to improve on, but at 19, he has plenty of time to develop. I am really pleased that we have managed to get this done,” Darren Ferguson said.

Academy chief Kieran Scarff believes the journey that Burrows has undertaken since joining the club can be inspiring to others and demonstrates the commitment the football club has to developing players through the system.

“The vision for this football club is keep developing our own players and Harrison fits that bill more than most having progressed through the Academy from the age of nine. He was involved in our Development Centres prior to joining at nine, so he has been with us an incredibly long time. He is success story and shows that the club have a long-term view to player development.

“Harrison is in a good place at the minute and by the time this contract comes to an end he would have been with the club nearly 14 years, which is outstanding when you think about it. During the time he has been with us, he has been coached and helped by a whole host of different people, some that are still with us at the club and some that haven’t, but they all deserve a pat on the back for the role that they have played in his development,” Scarff said.

The 19-year-old has featured in 11 games in all competitions this season with two assists to his name. He is currently fighting with Dan Butler for the left-wing slot but knows that the flexibility in his game means he can operate in a number of different positions.

“I am really happy to get the deal over the line and really grateful to the club for putting their faith in me. I have been here a long time and the club means a lot, so to get to this point in committing my future long-term is really special. The Academy system is really strong here, you only have to look at the players coming through and credit must go to Matty (Etherington) and Simon (Davies) at the under 18 level and obviously Kieran Scarff and all the coaches for the work that they have been doing.

“I am trying to improve my all-round game as much as I can. During lockdown, I worked hard in the gym on my upper body because I know that I am not the most physical of players so any extra bit I can get out of myself I will try and do. The gaffer has been great with me, he has allowed me to go out there and try and express myself and I will always give it my best to do that.

“I have a couple of assists to my name this season, but obviously I know I need to add goals to my game. Wing-back is a role I really enjoy, I like the fact that you can be defending one minute and attacking the next and Dan Butler has helped me along the way because he has played a lot in that position.

“I can play in a few different positions, I played further forward as I was coming through the Academy, but I just enjoy being out there and playing first team football. I want to continue to progress as much as I can and help the team win games. We are in a good place at the moment and we have been really strong at home so we are looking forward to the two games coming up against Crewe and Ipswich Town,” Burrows said.