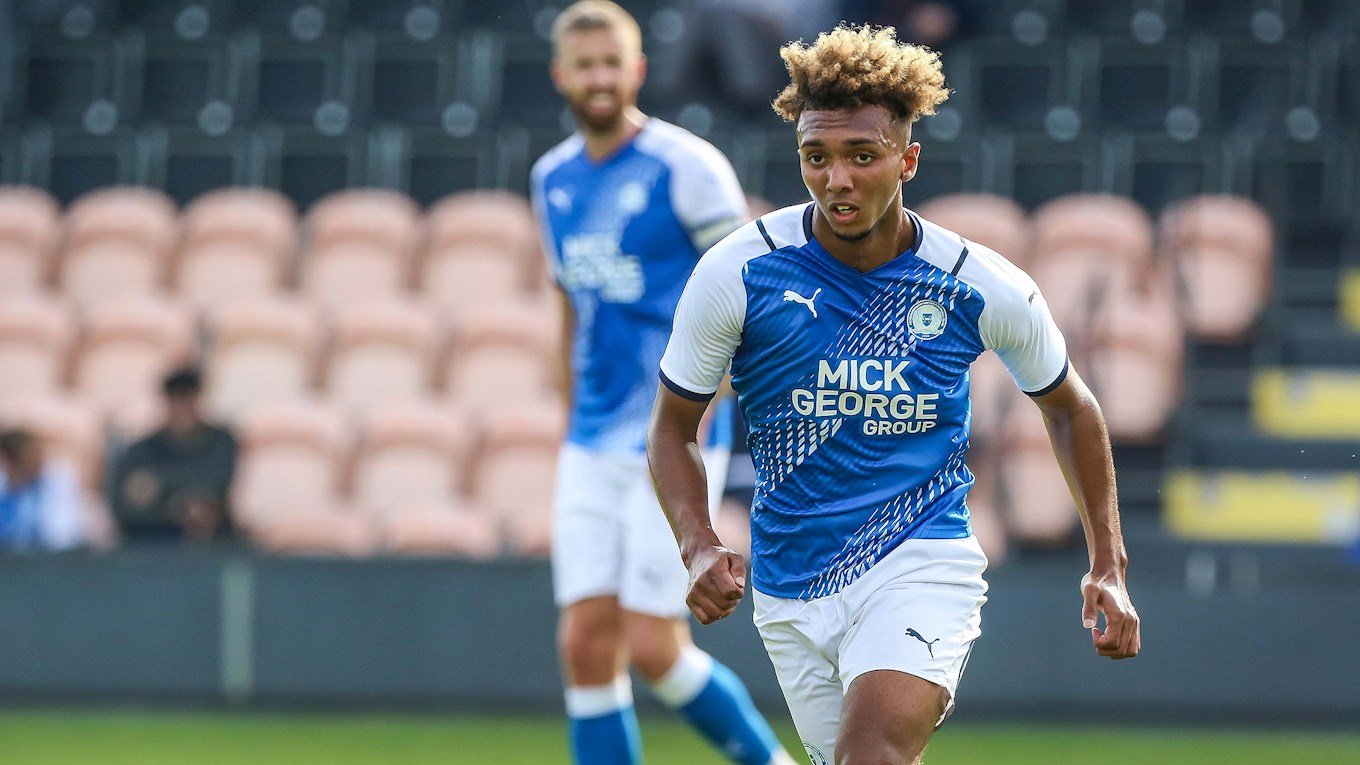 Midfielder Ethan Bojang has put pen to paper on a two-year deal with the under 23s.

Peterborough United can confirm that young midfielder Ethan Bojang has agreed a two-year contract at the football club following his release from Doncaster Rovers and will be part of the under 23 group which kick-off their league campaign on Monday.

Bojang featured for Posh during the latter part of the pre-season campaign and Academy Manager Kieran Scarff is pleased to have him on board. “Ethan has come through the system at Doncaster. I knew him from my time at the club. He joined us right at the back end of last season and trained with us for a few weeks.

“We kept in contact with him during the summer and some of those conversations were around our Category Two status and the subsequent under 23 league programme. At Doncaster, Ethan was always in the top two or three in his age group as he progressed through the ranks and I will be honest, it was a real surprise that he didn’t get a contract. Hopefully that will benefit us, he has an opportunity with us now.

“He has recently represented Gambia at under 20 level and the important thing is his character, he will come in and apply himself very well every single day. We look forward to working with him and him making the most of the opportunity that we have afforded him.”

The under 23s start their campaign on Monday at Swansea and are managed by Matthew Etherington.