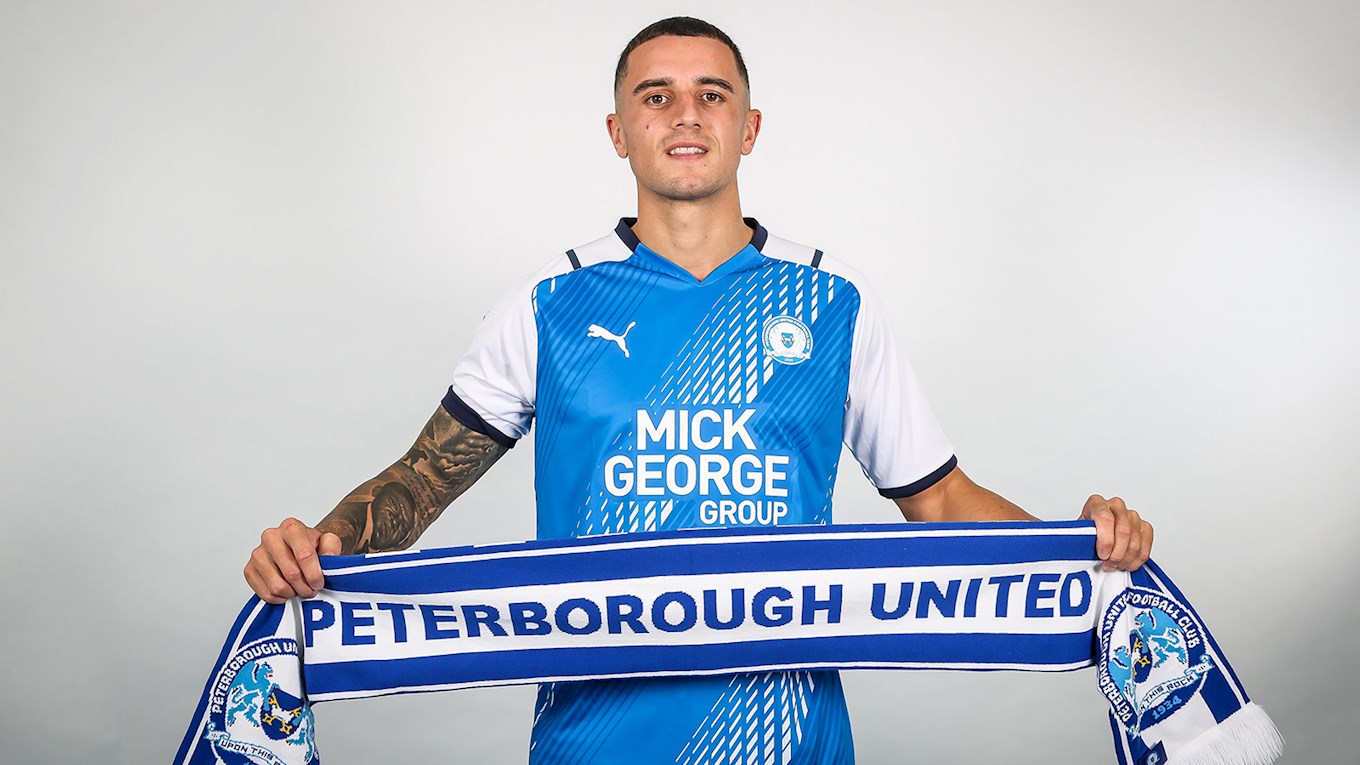 Peterborough United are pleased to confirm the signing of Shrewsbury Town midfielder Oliver Norburn for an undisclosed fee with the 28-year-old penning a three-year contract at the Weston Homes Stadium.

Norburn, who has made over 100 appearances for the Shrews since 2018, completed the paperwork at the idverde Training Ground on Tuesday morning. The midfielder spent time at Chelsea before joining Leicester City and has since clocked up over 250 career appearances.

Manager Darren Ferguson said: “I am delighted to get it done. He has been someone that I have followed closely over the last two years and he was actually someone that I have tried to sign previously. He is at a good age, is a good size and I think he will fit in really well. It is an area of the pitch that we were looking to strengthen.

“He is a really good character, a leader, just what we needed. He is someone that offers a physicality in there, he is a strong boy and someone that can play as well. I am really looking forward to working with him, I believe it is a good signing for us.”

A former captain at Shrewsbury, Norburn could feature in a friendly at Spalding on Wednesday evening with Posh entertaining Derby County in the Sky Bet Championship on Saturday lunchtime at the Weston Homes Stadium (12.30pm).

“It was a no-brainer for me to make the move. I want to thank the chairman, Barry Fry and the manager for getting it over the line and I am really looking forward to meeting the players and getting started. I want to thank everyone at Shrewsbury and wish them well for the future. I have played against Peterborough a lot in recent years, I know how they like to play and I will be watching the game tonight against Plymouth too.

“It is a good step for me in my career, to come to a club in the Championship and a club that have done really well in recent seasons. In my time at Shrewsbury I did both roles, playing a bit further forward and also in the holding midfield, a bit deeper breaking things up,” Norburn said.

The club will confirm the squad number Norburn will take shortly.