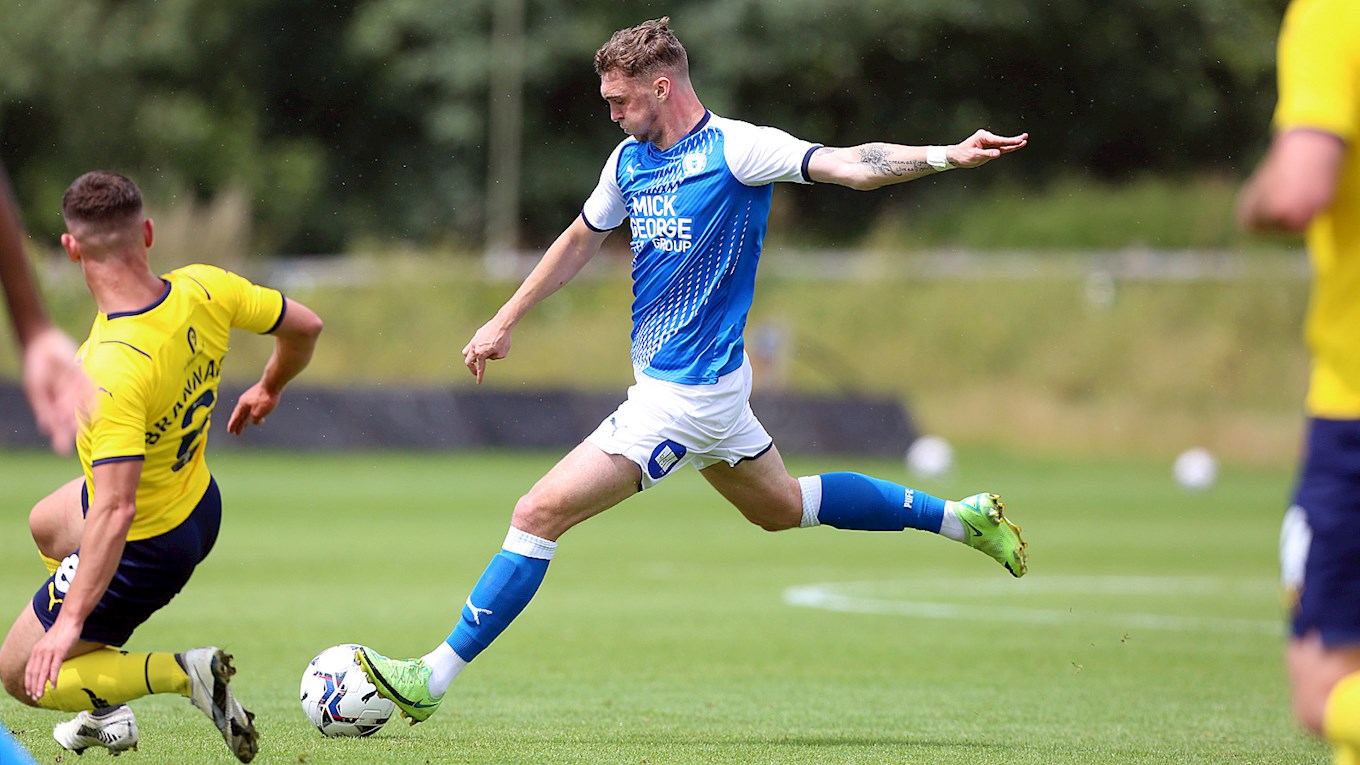 Peterborough United manager Darren Ferguson has revealed that midfielder Jack Taylor has received the all-clear after a scan on his hamstring, which forced him off in Saturday’s pre-season friendly defeat to Portsmouth at Fratton Park.

There were fears that Taylor could spend a prolonged period on the side-lines, but Ferguson is hopeful it won’t be too long before he is available for selection.

“Jack had a scan and it has come back clear thank goodness! It is just a little bit of fatigue in the hamstring, so we will have to settle it down for a few days and see where he is at, but that was really good news because you do fear the worst.

“This week has been good news with Kwame coming into the building and then receiving the good news from the scan. Jonson Clarke-Harris is looking strong, Jack Marriott has got minutes into his legs and we are all looking forward to Saturday,” Ferguson said.