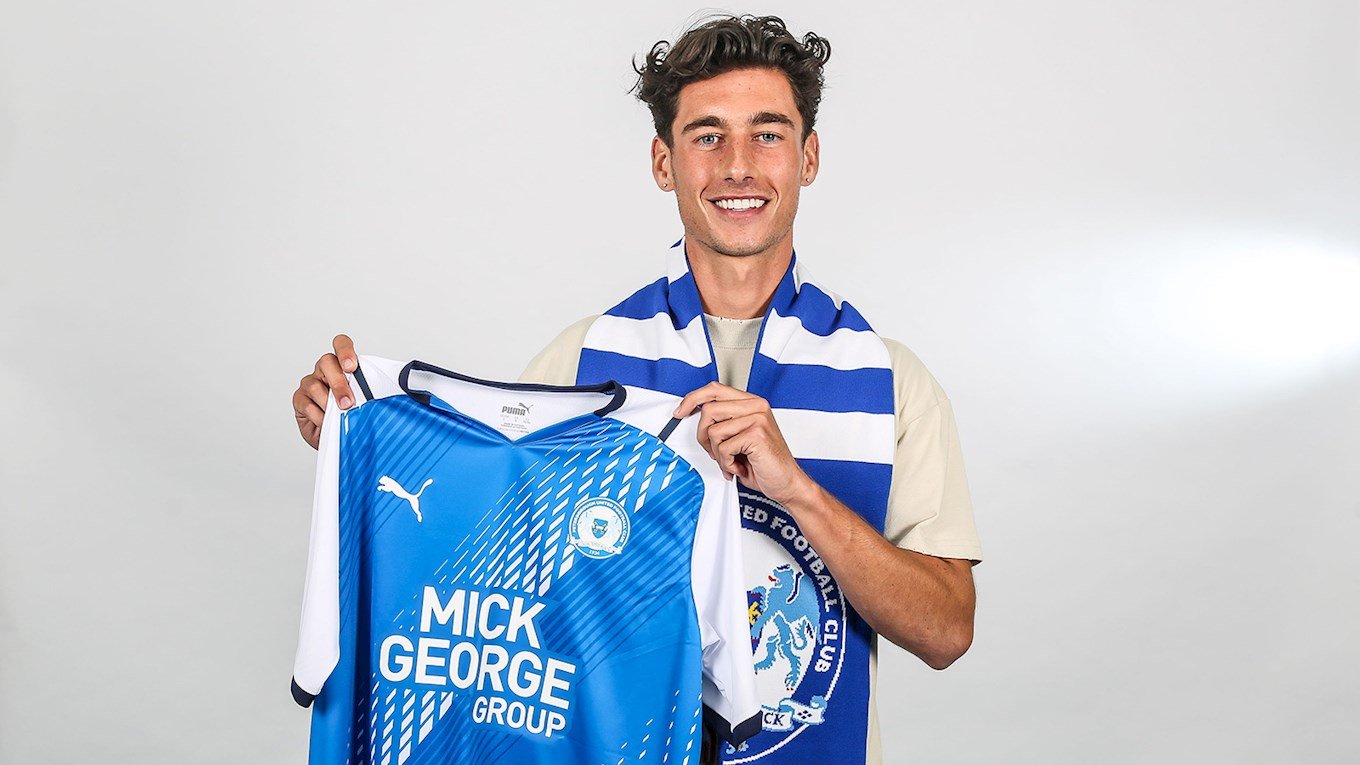 Joel Randall pens long-term contract at the Weston Homes Stadium as Posh fight off competition for his signature.

Peterborough United are delighted to announce the signing of another of the EFL’s hottest talents with Exeter City winger Joel Randall penning a four-year deal at the Weston Homes Stadium after an undisclosed fee was agreed with Sky Bet League Two side Exeter City.

Randall, who was linked with a host of top clubs, completed the paperwork at the idverde Training Ground on Tuesday morning before departing to London for a medical. The 21-year-old made 45 appearances for the Grecians scoring 13 goals after coming through the club’s impressive Academy system.

Manager Darren Ferguson was thrilled to secure the signature of the wide-man: “Joel is a young lad with bags of potential. As a football club we have a philosophy, which I believe in about bringing the best young players to the club and developing them. Joel and Kwame, who we signed earlier this week, are two of the most exciting wide players or 10s in the EFL, certainly outside of the Championship.

“The chairman has pushed this through and I am really grateful for that because it is an exciting week with these two additions. I am really excited with Joel, he is quick, left and right footed, a good crosser of the ball and can score a goal. All the things you would want from a wide player or a number 10.

“The boy is a real talent and there were a lot of clubs looking but the owners have stumped up the cash to bring him here. Both Kwame and Joel have good people around them. I met their families, I really like that they brought the people that are close to them with them to meet us, I went through the presentations in front of them too.

“They understood why we were signing the players. They know we will look after them. You need to make the parents feel like their sons are going to be looked after and we certainly do that. Joel knows Christy from his time at Exeter, Kwame knows Sammie and Frankie from Colchester, we are delighted with the business we have done this week,” Ferguson said.

Randall added: “I am really pleased to get it done. I came up with my family last night and got everything sorted and I can’t wait to get going. There were a few clubs showing an interest, but I know what this club is about and Christy has been saying how great the group is, so I can’t wait to meet them all. I have really enjoyed my time at Exeter, but I felt this was the right time in my career to make the next step and challenge myself in the Championship.