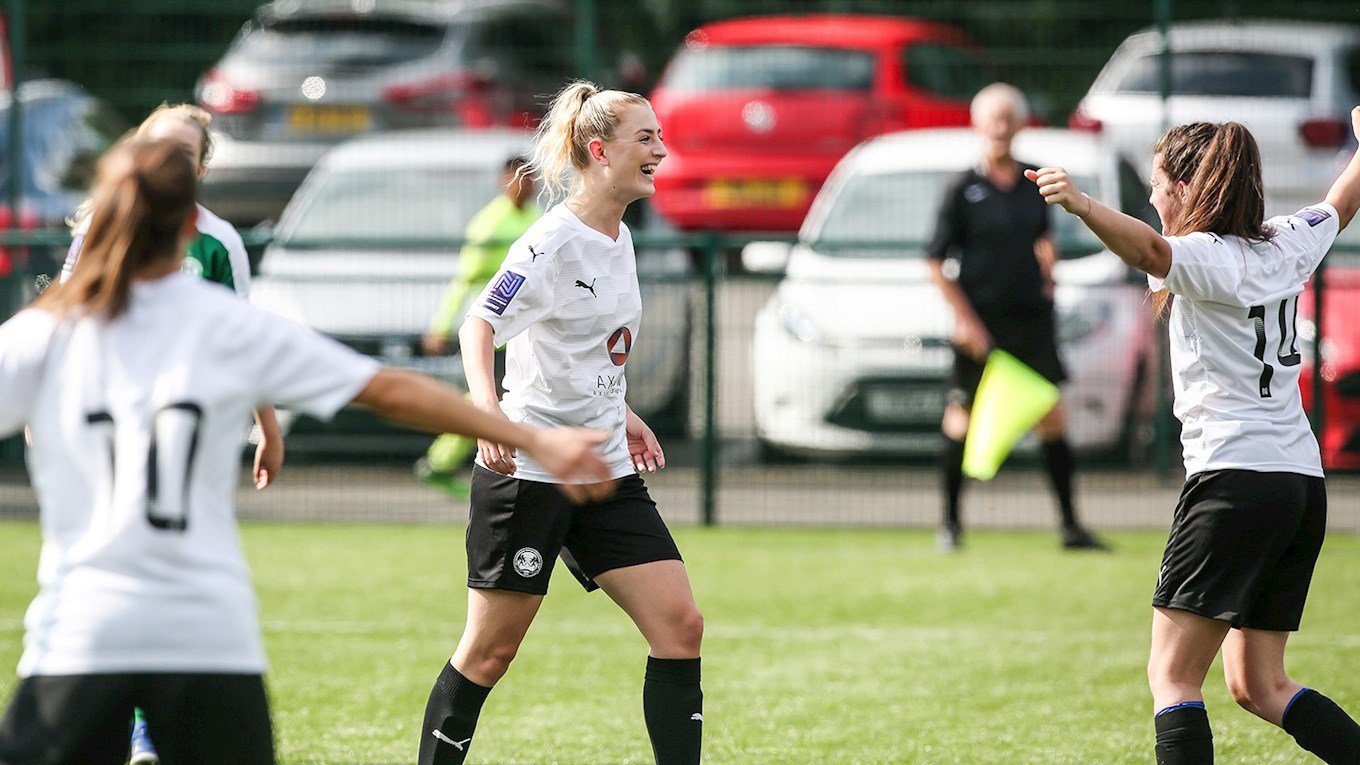 Keir Perkins netted a hat-trick as the Posh Women opened their new season with a 5-1 away win.

Peterborough United Women’s were comfortable 5-1 winners over Bedworth United Ladies in the FA Women’s National League Division One Midlands season opener after four goals in the second half, including a seven-minute hat-trick from captain Keir Perkins.

With a one-week delay to the start of the season, many would have expected some rustiness from the players. However, that was the complete opposite, as Megan Parrett’s inch-perfect pass set Jess Driscoll through on-goal, who took it around the keeper and slotted into the empty net to score on her competitive debut since returning to the club for a second spell.

Bedworth United looked for a quick reply as their burst down the left-hand side before unleashing a shot that just skimmed the top of the crossbar. The hosts then saw a half-volley from 25 yards out sail over Cooper but landed just on top of the net as they grew into the game.

Driscoll could have added a second to her game, breezing past a few defenders to force her way into the opponent's box, but the shot was straight at the keeper.

Some brilliant build-up play by Posh set Parrett free on the left, who laid it back to Driscoll inside the area, but she couldn’t direct her shot on target. Hollie Lewis then produced a fantastic last-ditch challenge as Bedworth United’s number 19 broke free on goal.

With half-time fast approaching, Parrett saw an effort smash against the crossbar before setting Perkins through on-goal, but she blazed her shot well over the bar.

Chloe Brown made a change at the break, with Piper O’Neill making way for Hannah Pendred. However, the hosts were quick out of boxes in the second half and brought the scores level on 48 minutes after their number 19 tapped home after a scramble inside the box.

Five minutes later, Bedworth United were inches away from taking the lead when their striker pipped Kerryn Copeland in possession and burst through on goal, but the scuffed effort glanced past the post.

Posh made a second change on 60 minutes as Ellen Marson came on to make her competitive debut, replacing Megan Parrett, before Lewis was forced off after suffering an injury, with Emma Stevenson replacing the full-back.

Posh reinstated their lead and it was another one of the summer signings when Perkins’ cross found Marson at the back-post, and despite the tight angle, she thundered her strike into the top of the net.

Five minutes later, the advantage was extended to three, and after setting up the second goal, Perkins finally got in the action after she broke free on the left and fired a left-footed effort over the keeper and into the back of the net.

Posh’s number 9 grabbed her second goal of the game moments later, after a defensive error fell kindly for Perkins and allowed her to burst through one-one-one before calmly slotting the ball into the bottom corner.

It quickly became five and three goals in seven minutes for Perkins, as she sealed a hat-trick on her first appearance in the National League after a cross fell to the feet of the striker and she volleyed home to round off a fantastic performance for Posh in our season opener.