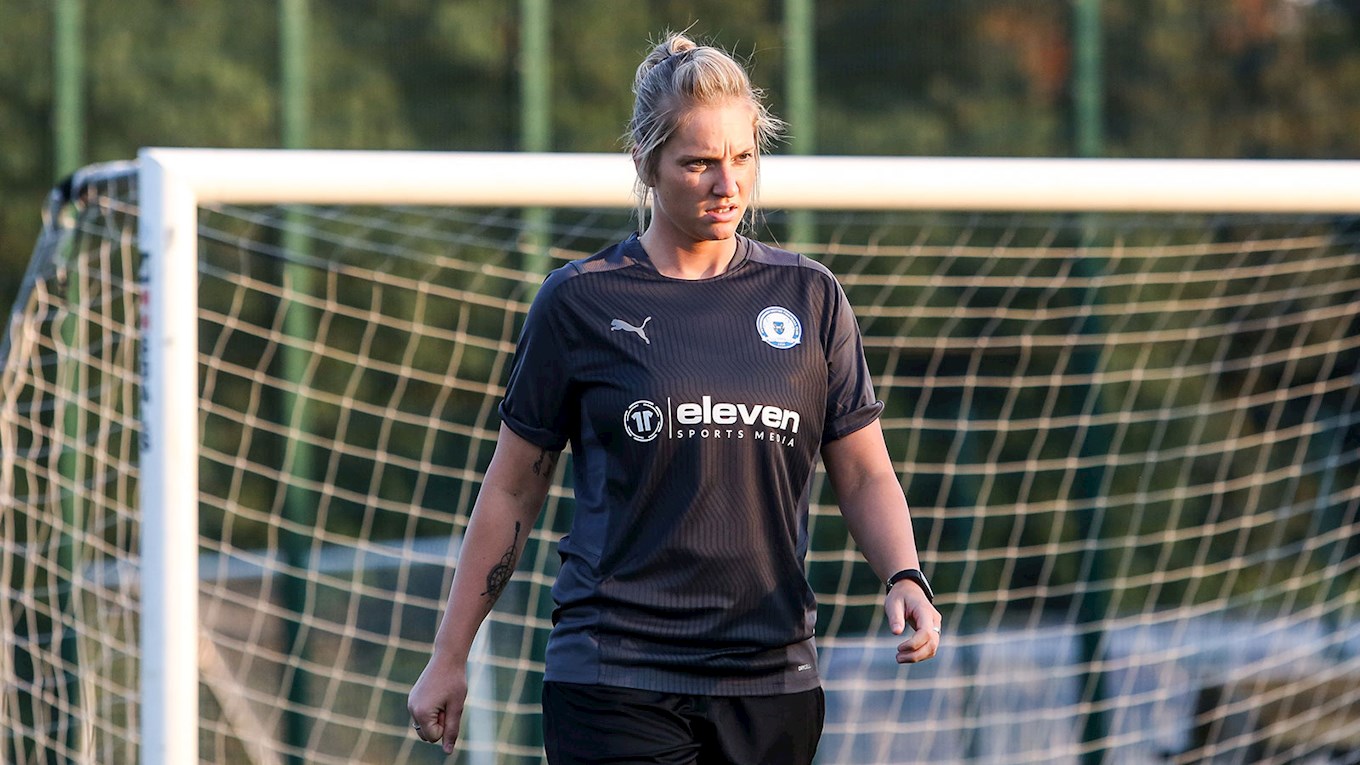 McConville | “The Wait Is Finally Over”

Posh Women get their campaign underway today (Sunday) and midfielder Stacey McConville is looking forward to the team showcasing their ability.

It is an exciting time for everyone involved in the Peterborough United Women’s set-up, with the new season just around the corner. A new era for the club - not only competing in the FA Women’s National League for the first-ever time - but also marking its first competitive game under the football club umbrella.

Experienced midfielder Stacey McConville has been a huge part of the success over the last three years, helping the side to finally achieve promotion after two incredible campaigns throughout covid. She is now ready for herself - and the team - to showcase their ability this season.

“It’s something we have been waiting for a very long time now. We narrowly missed out on promotion in our first season at the Regional Prem level. Every season since then, we have thoroughly deserved the promotion.

“Unfortunately, Covid got in the way, but we have finally got there, and now it’s down to us to showcase what we are about and prove to ourselves that we deserve to be there. We are absolutely buzzing to kickstart this campaign on Sunday, and there’s no better bunch of players I’d rather do it with.”

McConville will be entering her fourth season with the club, and in that time, endured two promotions and won the County Cup in the 2018/19 season. The midfielder has described the atmosphere at Posh as one ‘big family’ and believes this is just the beginning of an exciting future for the club.

“Being part of this journey has been incredible. But it’s just the beginning. The hard work starts here. I’m technically going into my 4th season with the club, so I’m one of the senior players, and it’s been an amazing journey.

“Everyone has played an integral part; from the management team to the players, media staff, photographers, tea makers, and everyone else that’s been involved.

“We’re one big family here at Posh, and it means so much more now being under the umbrella of the club. You don’t really see that in women’s football at this level, so it’s amazing to be part of something so big!”

There’s no doubt about it; this season will be a completely new experience for the Ladies – playing in the highest step of the football pyramid since they were founded in 2015. Despite the unknown expected for the upcoming campaign, McConville is hoping the group of players can give a good account of themselves in a higher division, whilst also targeting to chip in with a few assists and goals.

“Personally, I just want to play my part and do my best for the team, if I can chip in with a few assists and goals, then I’ll be happy, but as a team, finishing mid-table and just giving a good account of ourselves in this league is a good enough goal for me and very achievable.  I have all the faith in the world with the players around me, so I just can’t wait to get started now.”