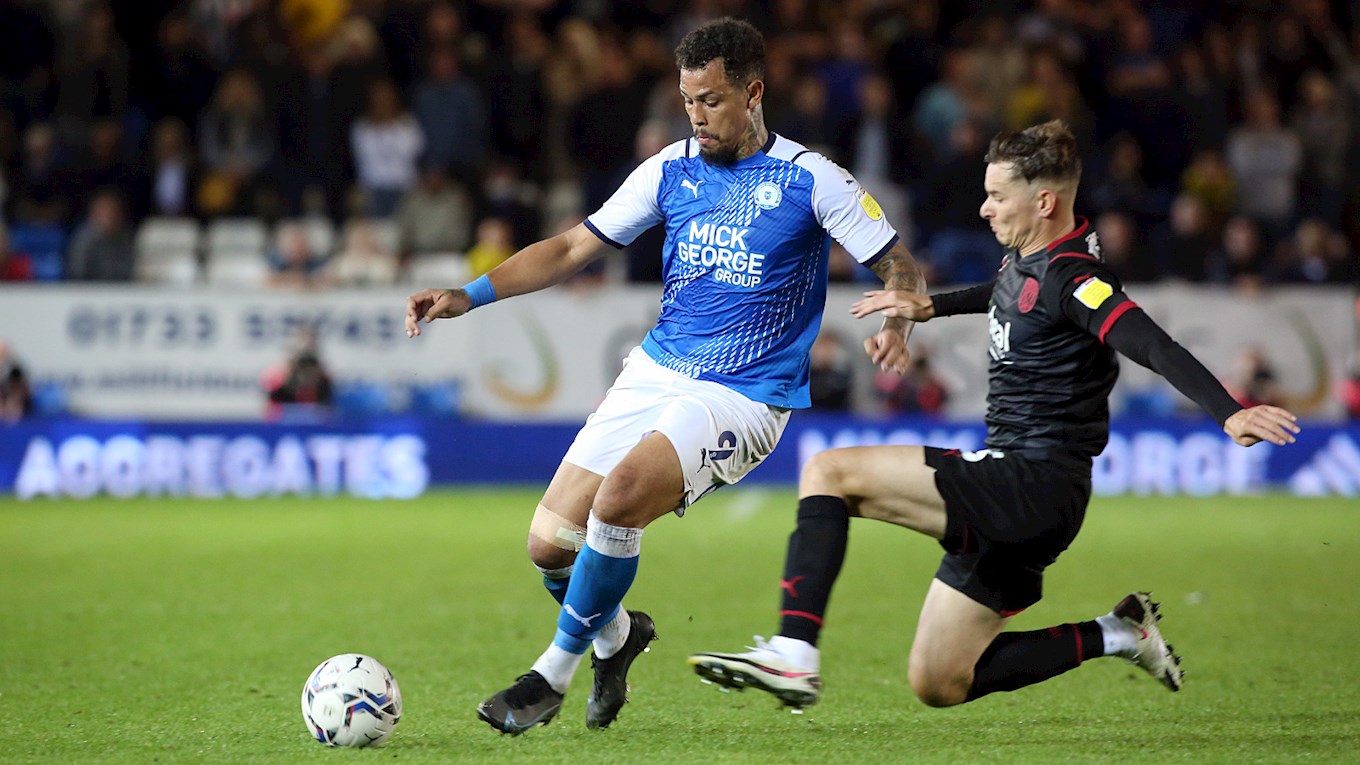 Posh put in a tremendous shift against the Baggies, but goal deep into stoppage time earns visitors the points.

Nobody leaving the Weston Homes Stadium would have begrudged Peterborough United a point, but football can be cruel at times and again, for the second time in the opening month of Sky Bet Championship football, a late goal broke Posh hearts and this time it left them with nothing as West Bromwich Albion stole all three points.

After a lively start, it was Posh who won the first corner kick and from it, Jonson Clarke-Harris nodded over from a Joe Ward centre under severe pressure around the penalty spot. Referee James Linington produced a yellow card on seven minutes for a challenge by Oliver Norburn on Grady Diangana.

Grant fired over the top on the quarter of an hour mark after a short corner nearly caught Posh out as the game began to settle down. Christy Pym made a fine stop to keep out a fierce drive from Grant on 18 minutes before a deep cross was headed over by Furlong under pressure from a number of Posh defenders.

Sam Johnstone in the Baggies goal was well placed to keep out a curler from Marriott on 40 minutes after the striker did well to win a 50-50 with Ajayi. Harrison Burrows sliced a shot over the top two minutes before the break from 25-yards as Posh kept alive a free-kick from deep by Ward.

Three minutes of added time was indicated by the fourth official and Posh defended their box as the ball came in during that period of time. Both sides made changes at the break, Adam Reach introduced for the Baggies while Darren Ferguson brought on Jack Taylor for the cautioned Norburn.

Jordan Hugill, a loan arrival from Norwich City was thrown into the fray just before the hour mark and a long throw nearly yielded the breakthrough but Posh did well to clear under their own crossbar. The visitors were getting closer and closer, Pym producing a fine stop to keep out Ajayi who fired the rebound into the outside of the post.

Johnstone was cautioned by the referee for some blatant gamesmanship as he prevented Joe Ward from taking a quick throw.  Mowatt and Thompson both went into the book for separate incidents as the second half reached the midway point.

Hugill headed over at the back post on 82 minutes after another long throw was hurled into the Posh box. Posh were defending manfully but they were undone with a sucker punch deep into stoppage time as centre back AJAYI turned home a cross from Phillips to send the visiting fans home happy.