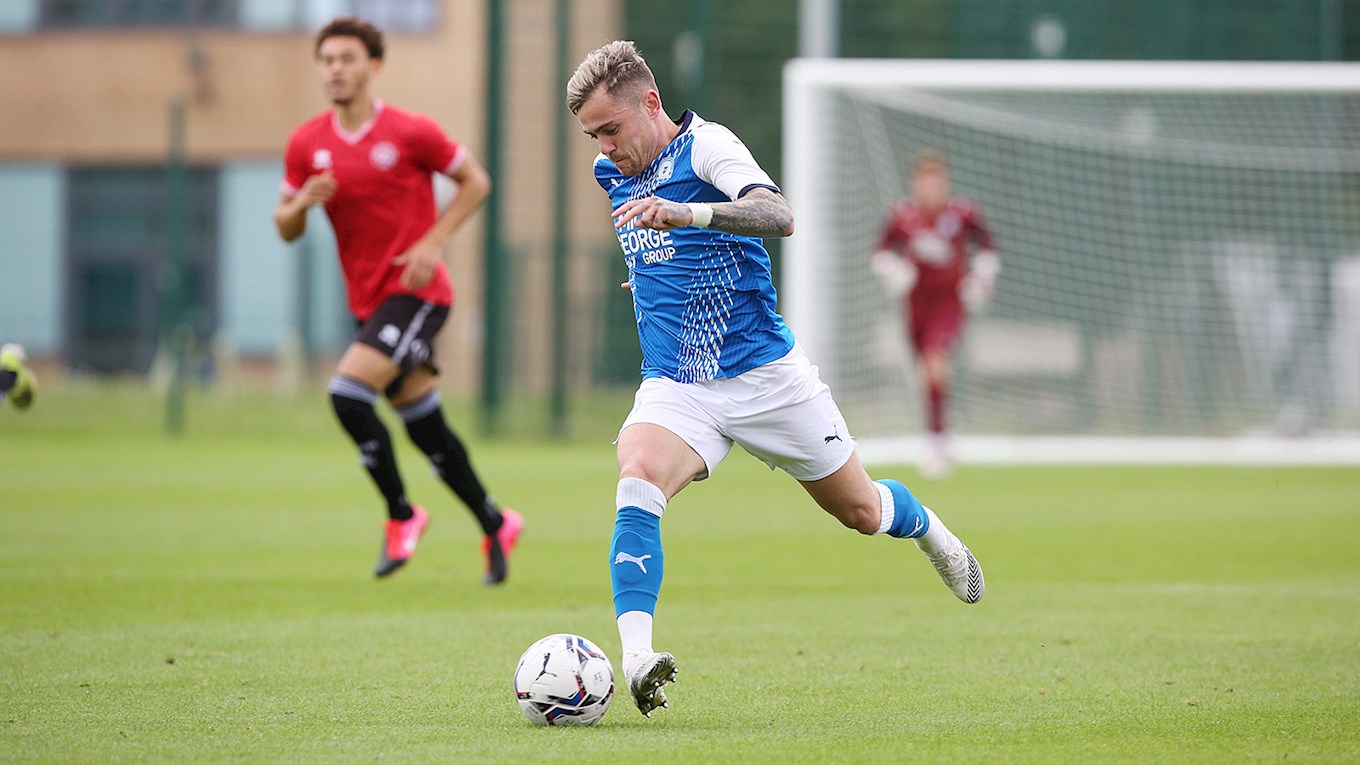 Posh under 23s kick-off campaign with a 4-0 victory over Queens Park Rangers.

The Peterborough United under 23s started their league campaign with a comfortable 4-0 victory over Queens Park Rangers at the idverde Training Ground with Jack Marriott and Sammie Szmodics among the scorers as they continue to get fitness under their belts.

The pair both completed an hour and looked sharp during that period, Marriott netting from the spot after Idris Kanu was upended by the keeper and Szmodics sweeping home before the quarter-hour mark after good work from Kwame Poku.

Szmodics saw another effort go just wide of the post in a dominant Posh first half display with Connor Peters also heading wide from a set-piece. After the break, goalkeeper Will Blackmore was called upon to make a number of good stops, but Matthew Etherington’s men always looked likely to add to their tally, which they duly did.

Substitute Luke Harris tapped home from close-range after the keeper spilled a long-range effort before Ethan Hamilton completed the scoring with the goal of the game, drilling home into the bottom corner with his left-foot from 20-yards.

Darren Ferguson was pleased with the performance. “It was a good game. These games are really important, they are competitive and they give us the chance to play players that need minutes like Sammie and Jack. They both looked sharp and will come on from that and the performance was decent from the team.”