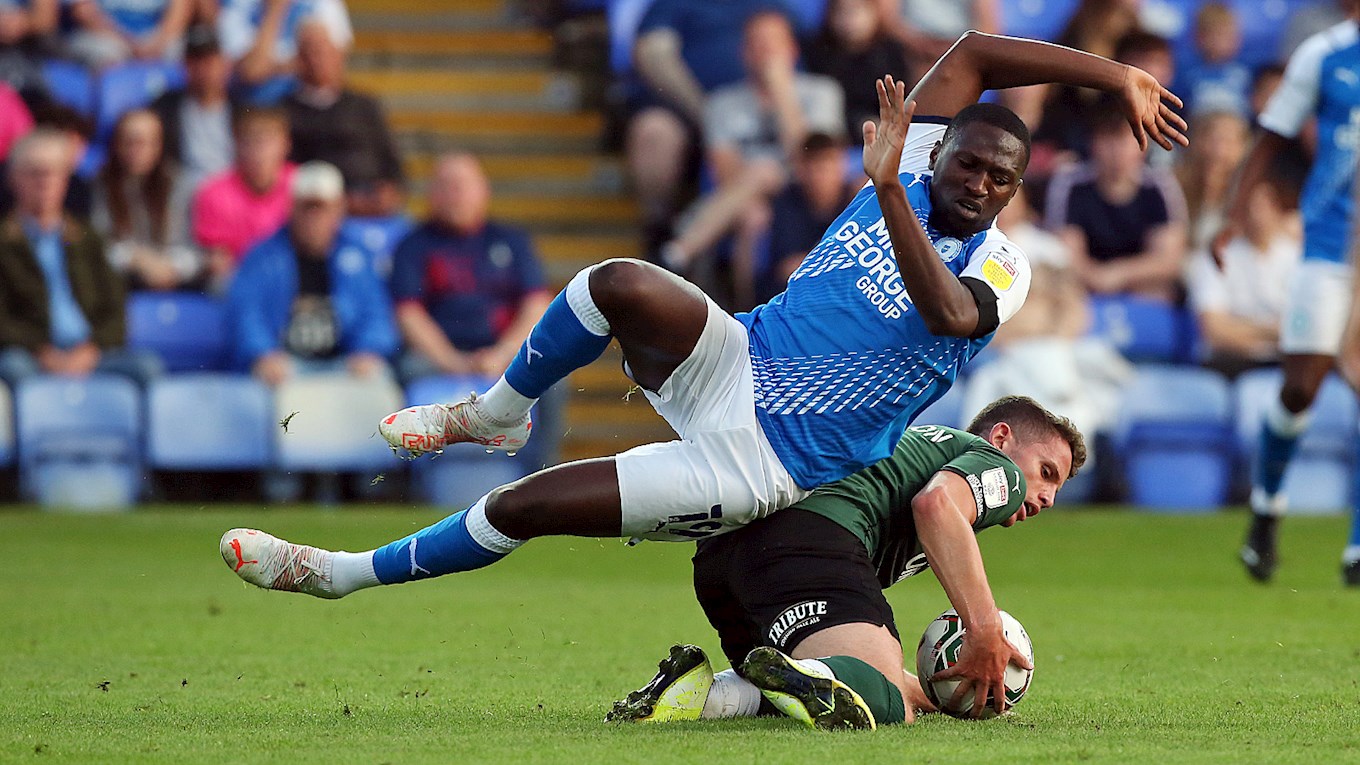 Posh knocked out of Carabao Cup at the first round stage after tough night at Weston Homes Stadium.

Peterborough United suffered a disappointing 4-0 defeat to Plymouth Argyle at the Weston Homes Stadium on Tuesday night in a performance that manager Darren Ferguson described as ‘surprising and shocking’ as Ryan Lowe’s men turned on the style.

Goalkeeper Dai Cornell made a smart save on 13 minutes to keep out a crisply struck drive from Panutche Camara as Plymouth were the first to put together a concerted attack in the sunshine. Posh were forced into a change on 17 minutes with Ricky-Jade Jones limping out of the action to be replaced by Idris Kanu.

The visitors opened the scoring on 22 minutes as Ryan HARDIE drilled home into the bottom corner from an acute angle. Substitute Kanu got a flick to a low Tomlinson centre on 23 minutes, but keeper Cooper did well to get down and save.

Dai Cornell made a superb double save on 27 minutes to keep out first Edwards and then the follow-up from Grant as Plymouth came close to a second goal. Cornell was at it again moments later, keeping out a fierce drive from the goalscorer Hardie.

The visitors doubled their lead on 32 minutes and it was HARDIE again, lashing home from close-range after Posh failed to clear a looping cross into the box. Hardie was denied once again by Cornell on 43 minutes after racing away from Edwards down the left-hand channel.

Cornell did well to beat away a shot from Jephcott on the break for Argyle after Posh had made a positive start to the second period. Darren Ferguson made a double change just before the hour mark with Kyle Barker and Joe Ward replacing Hamilton and Poku.

Galloway was cautioned for a foul on Ward on 61 minutes as referee Mr Tozer reached for his pocket for the first time on the night. Plymouth made it 3-0 on 66 minutes as a deep corner was nodded back across goal and JEPHCOTT tapped home from close-range.

Camara had the chance to make it 4-0 on 69 minutes, but he blazed over the crossbar when well placed. Cooper did well to claw away a fierce effort from Randall from long-range on 73 minutes, which nearly caught the keeper unawares.

CAMARA made it 4-0 to the rampant visitors on 83 minutes, firing low past Cornell first time after a left-wing centre. Cooper produced a fine fingertip stop to keep out a stinging drive from Knight from range as the clock ticked to the 88th minute.