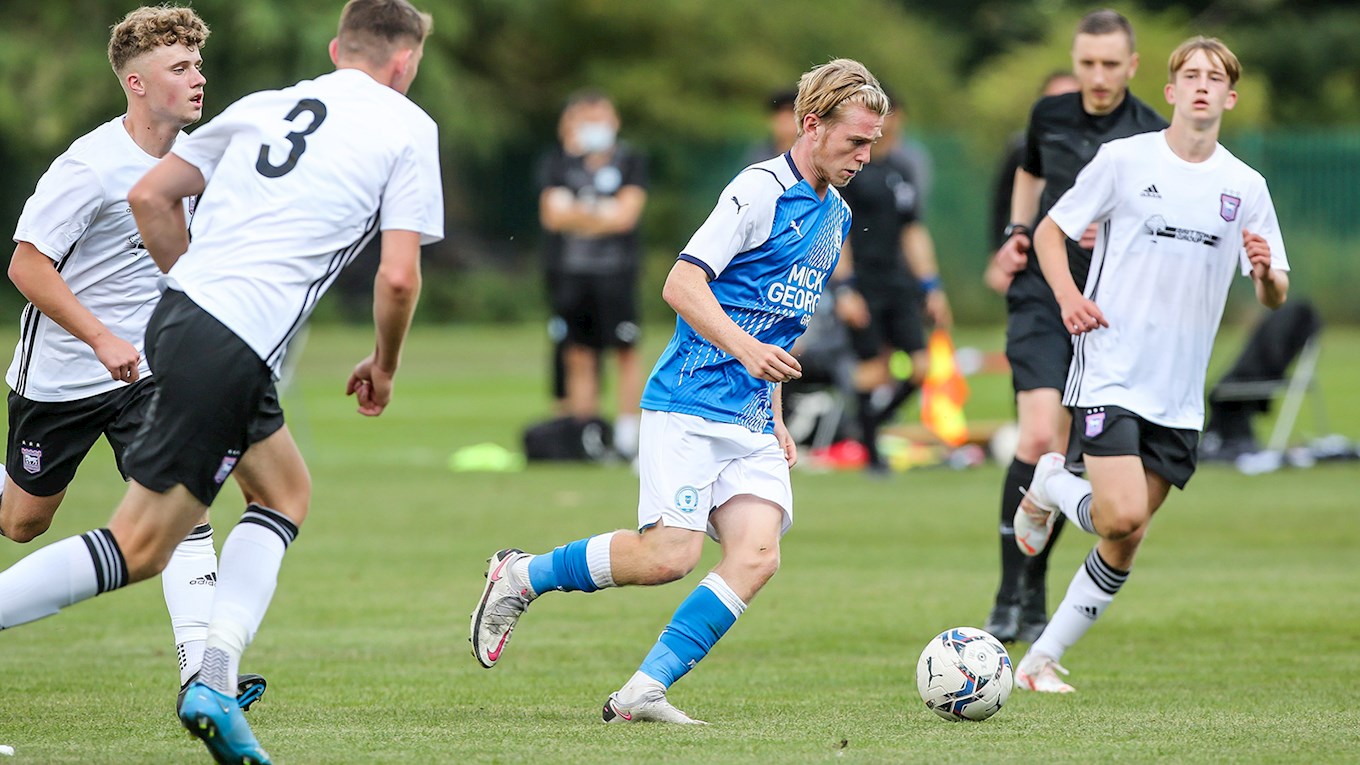 The Peterborough United under 18s were outstanding for long periods of their latest league fixture at the idverde Training Ground, but three goals in the final 15 minutes secured all three points for Ipswich Town.

Simon Davies’ men raced into a 3-1 lead thanks to a double from Kellan Hickinson and one from defender Janos Bodner, but the Tractor Boys ended the game strongly and ended up winning 4-3 following a pulsating encounter.

“We were outstanding for 75 minutes of the game. We went behind but the boys stuck to the way we play and they played some fantastic stuff and got us 3-1 ahead and it was really pleasing to see. In the last 15 minutes, we just probably showed where we are at fitness wise, we just couldn’t hang on and they came back and beat us.

“On the whole, there were lots of positives, but a lot to learn too. We need to be a bit more resilient. At 3-1, the goal we conceded to go back to 3-2 was disappointing. It changed the momentum of the game. It was one-way traffic after that and we couldn’t deal with it. We have to take the positives from that.

“Kellan is doing really well, the diamond suits the players, we have had a lot of control in games and he now has three in three so he has started the season well.”

Posh are next in action on Saturday morning at Colchester United.