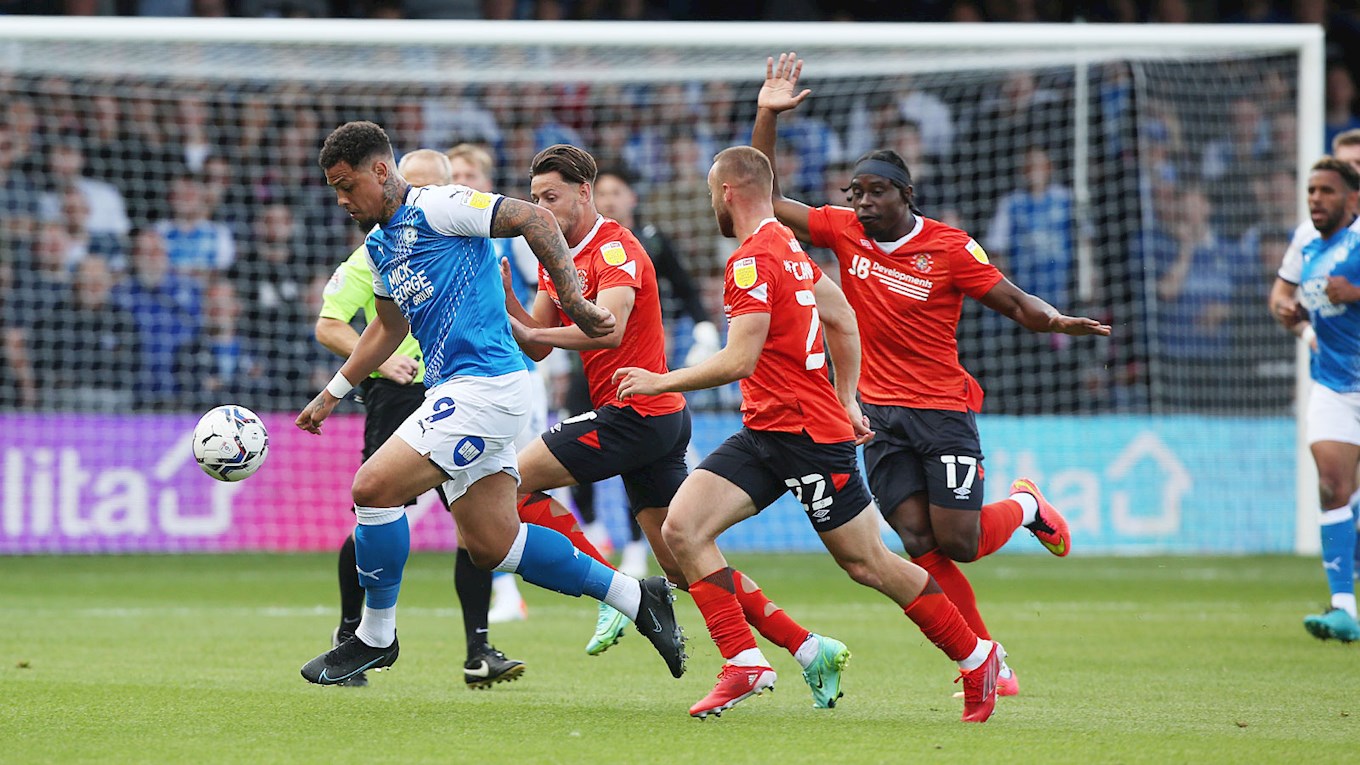 The fans were back at Kenilworth Road, but Peterborough United were unable to notch an opening day success as Luton Town ran out 3-0 winners to condemn Darren Ferguson’s men to defeat.

Goalkeeper Simon Sluga had a heart in mouth moment inside the opening ten minutes as he allowed a back-pass to roll under his boot, but he managed to get back to clear with goalline technology confirming the ball didn’t cross the line.

Jordan Clark headed wide of the target on 12 minutes after a right-wing centre as Luton came close to the breakthrough. Defender Frankie Kent was cautioned on the quarter hour mark for a late tackle on Fred Onyedinma after a careless pass across midfield.

Jorge Grant sent a 25-yard effort wide of the target on 23 minutes as Posh created a bit of space down the left with Joe Tomlinson.  The Hatters opened the scoring on the half hour mark as a cross from the right was nodded home at the back post by Elijah ADEBAYO, the effort seemed to creep in via the inside of the post.

Sluga did well to beat away a stinging Tomlinson effort from range on 40 minutes before the keeper did well to smother a Clarke-Harris effort from a Butler cross as Posh came close to levelling the scores. Posh had appeals for a spot-kick turned down on 49 minutes following a Grant corner kick, but referee Mr Woolmer turned the appeals down.

Skipper Beevers was cautioned for a shirt tug on 64 minutes and moments later the Hatters were two goals to the good as Harry CORNICK tapped home from close-range from a low left-footed centre. The hosts extended their advantage on 71 minutes as ONYEDINMA rammed home a rebound after Pym had made the initial save.