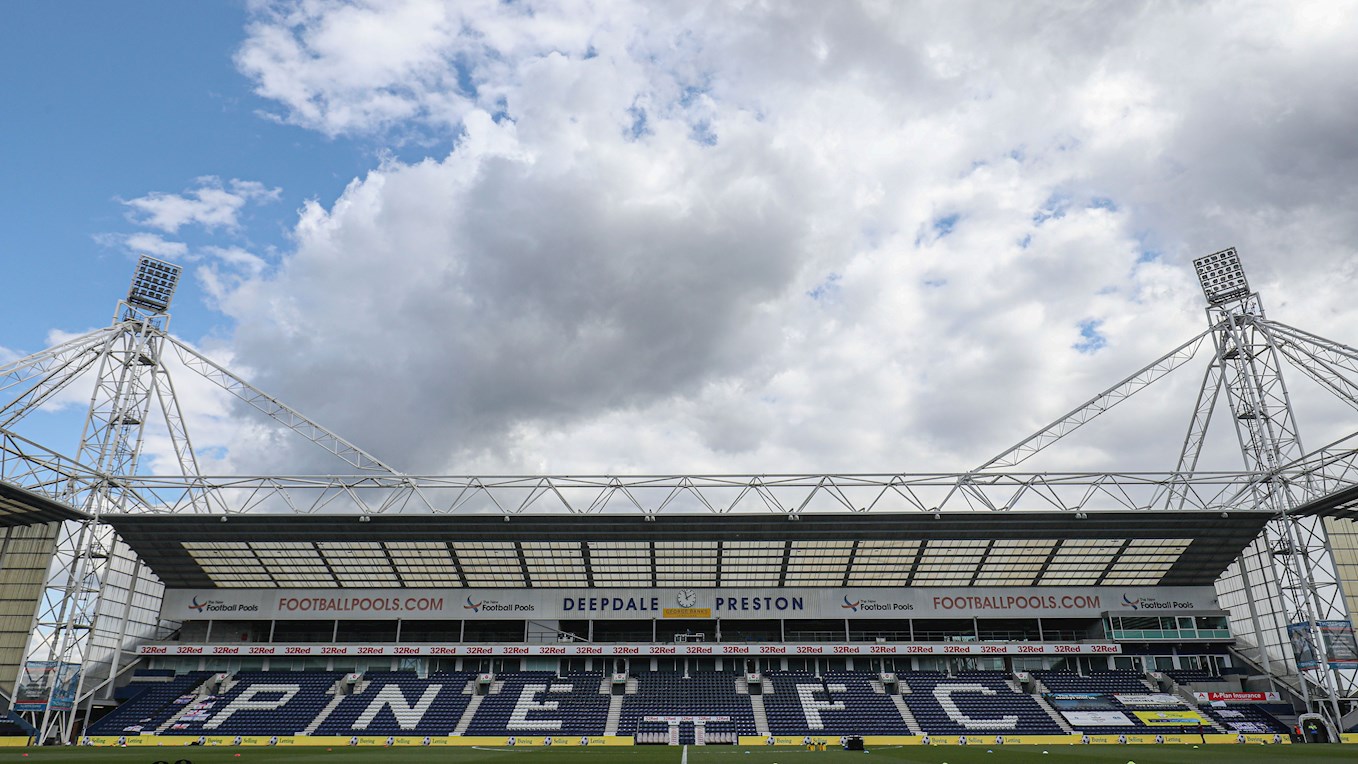 Peterborough United return to Sky Bet Championship action on Saturday with a trip to Deepdale to face Preston North End (3pm) as Darren Ferguson’s men look to finish a positive week with another good performance against a side currently propping up the rest after the opening three fixtures.

A victory over Derby County and a point against Mick McCarthy’s Cardiff City at the Weston Homes Stadium on Tuesday night sees Posh in mid-table going into the clash with Frankie McAvoy’s Preston side who were beaten 1-0 by Huddersfield Town in mid-week.

Posh are without the services of skipper Mark Beevers due to a hamstring injury picked up against the Bluebirds. He was undergoing a scan at the time of the pre-match press conference, so the length of time he will be out is unknown at this point.

Jorge Grant, who missed the draw against Cardiff with an ankle knock, is back in the squad, while Sammie Szmodics is also available after returning to training following the birth of his daughter. Jack Taylor (hamstring) is unlikely to be involved while striker Ricky-Jade Jones faces a lengthy spell on the sidelines due to a knee injury.

Preston are without the services of winger Tom Barkhuizen as he is currently self-isolating due to Covid-19. Former Posh defender Andrew Hughes is expected to line up against his former club at left-back.

“Deepdale is always a tough place to go. Preston are an established Championship side, they have good players and although it has been a tricky start, it has just been three games. For us, we want to end the week in a positive manner, we are going there to get three points and that would top off a good week for us,” Ferguson said.

“They lost their first game but they’ve come back well. They turned it around against Derby with two late goals, and obviously the other night they were 2-0 up and looking convincing against Cardiff City who are another good team as well, and unfortunately they’ll probably be disappointed that they’ve dropped two points from a good winning position.

“But they’re a good team, Darren’s done really well with them. [They have] good front players and they’ve got real energy around the team so it’ll be a really tough game again on Saturday. I’ve sat here many a time and said you don’t have any divine right to win a game, you’ve got to go and earn the right to win it and we’ve got to go and do that on Saturday because anybody on their day can beat anybody in the Championship and for me, it’ll be a formidable game. I hope that we’re up for a challenge. I believe myself that we’re good enough to go and win the game, but it’s okay sitting here and saying that, what we need to do is do it,” Preston boss Frankie McAvoy said.

As of 9am on Friday, 539 tickets had been sold to Posh fans. The game is not all-ticket and there is no price rise on the day. Supporters are advised that they can purchase tickets with cash or card at Deepdale, however, all food and drink purchases in the concourses must be done by card.

Posh will be in the blue PUMA home kit.

Dean Whitestone is the referee for Saturday’s game.