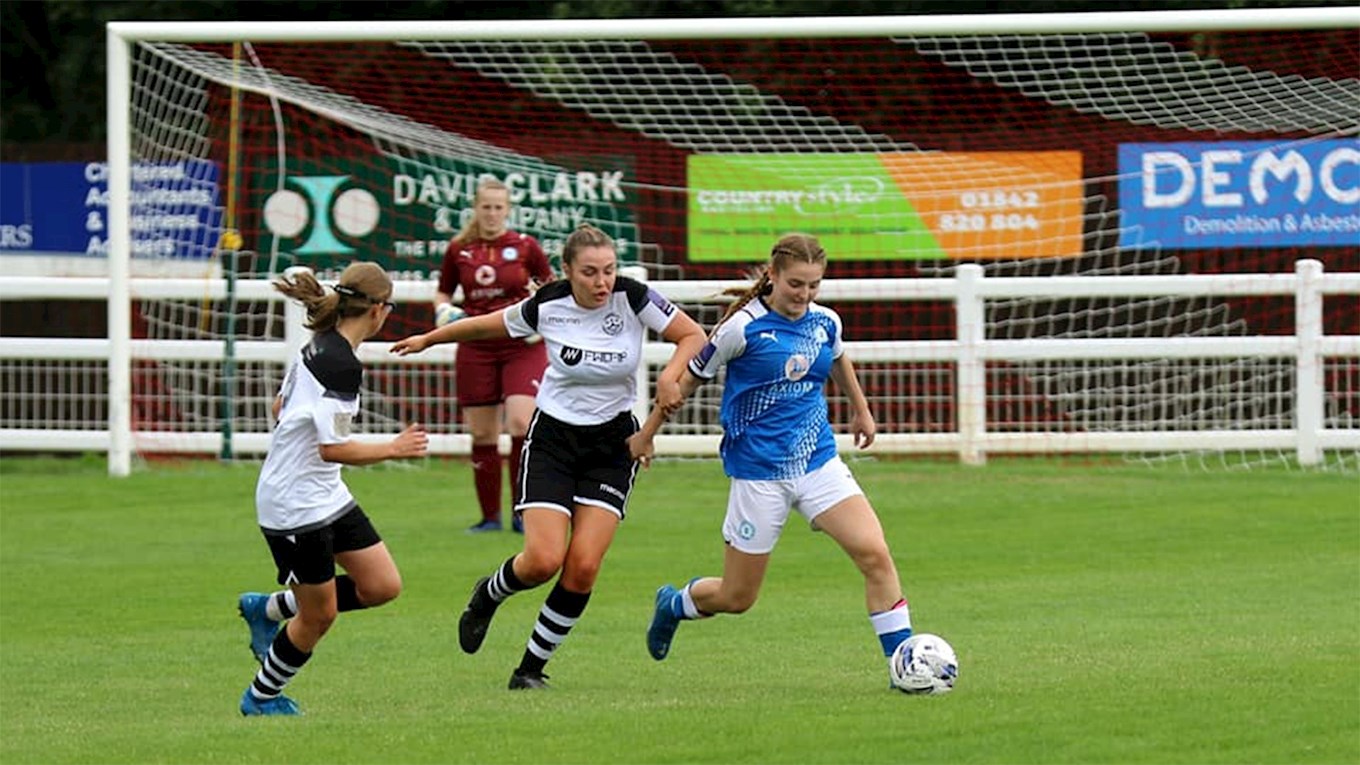 Two second-half goals condemned the Women’s to their first defeat in pre-season.

Posh opened the scoring on five minutes after some lovely build-up that saw Keir Perkins through on the left-hand side before cutting it back to trialist B, who slotted past the keeper.

However, the visitors quickly responded, as a low cross picked out one of their forwards inside the box, who produced a lovely turn onto her left foot and fired past Sophie Powell.

The frantic start continued as Piper O’Neill thought she had restored Posh lead after a thunderous strike into the bottom left-hand corner, but the referee pulled back play for a free-kick to Cambridge City after Perkins was penalised in the build-up.

Shortly after the half an hour mark, trialist B pushed Posh forward, breezing past two defenders, before she recollected the ball inside the box but scuffed the shot wide of the post.

Megan Parrett thought her teasing cross was sneaking into the bottom corner before the keeper tipped it round the post. The resulting corner saw trialist B had an acrobatic effort smash the woodwork.

Powell was forced into a terrific save just after the 55th minute - at full stretch - she tipped Cambridge City’s effort over the bar. The hosts took the lead moments before the hour mark as a 25-yard effort looped over Powell and into the back of the net.

Posh searched for the equaliser as Perkins created space inside the box, but her shot was pushed around the post. Cambridge City extended their lead on 75 minutes as the striker coolly converted a spot-kick after Stacey McConville was penalised.

Despite the defeat against Cambridge City, the boss Chloe Brown took plenty of positives away from the performance. “It was a real eye opener for what we could expect from the league this season, but there were some real positives to take from it. To be going in at half-time level was fantastic, we continued to fight and had chances throughout the game in both halves. The result doesn’t quite reflect the game but so many positives to take away from it.”