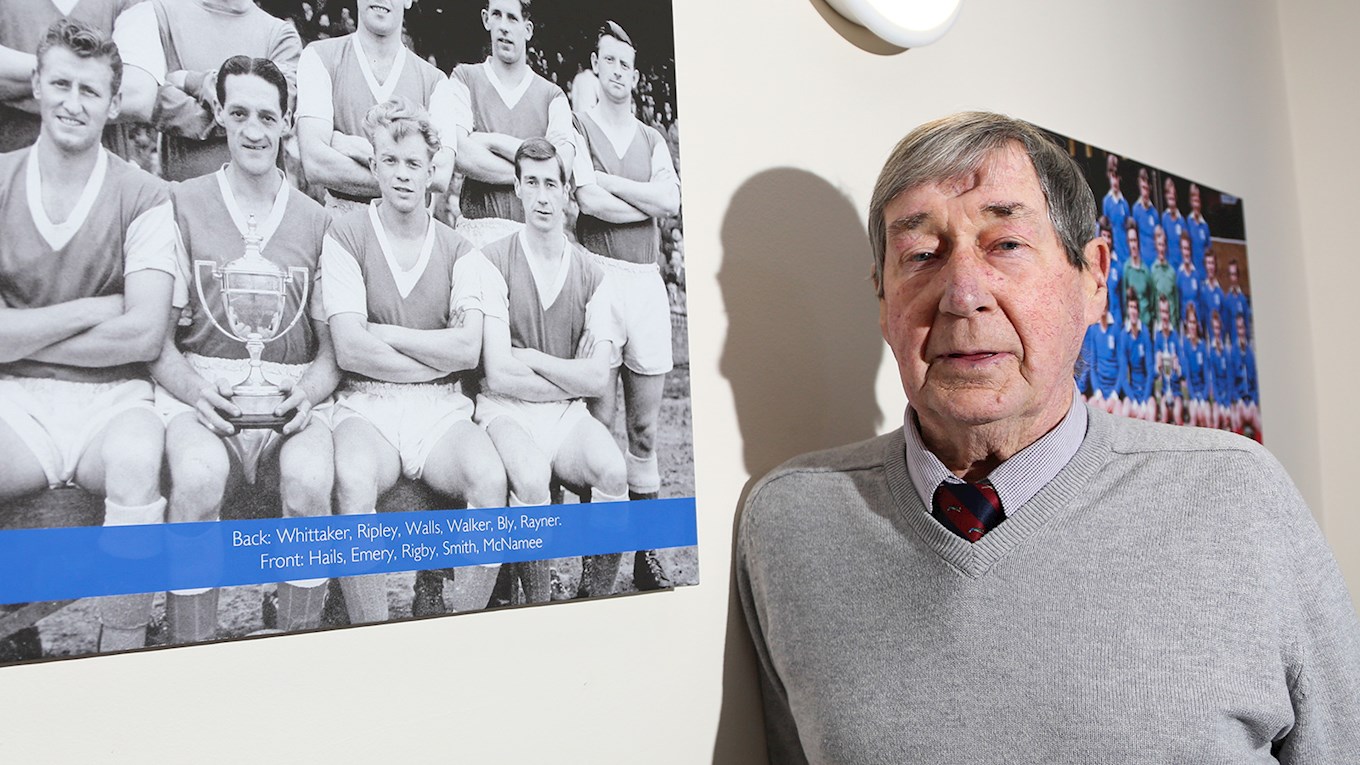 It was with very deep regret that we learned of the passing of Peter McNamee on Friday, 28th August 2021.

‘The Wizard of Dribble’

"When Posh Manager George Swindin signed Peter in 1954, he said “I think he will make the grade one day”.  Well how right when his words came true.  He played for Posh for the next 11 years.  Establishing himself in the first team during the season of 1956-57 helping the Club to four consecutive Midland League Titles.  Then once again a key figure in the Club’s first season in the Football League and winning the 4th Division.  Peter scored a goal in the very first game against Wrexham and scored 16 League goals (not bad for a winger) and appeared in all but two matches that season.

Also, when Peter first signed for Posh, he was playing for a Scottish Junior Club, Lanark United and at that time was ready to be called up for National Service and stationed at Carlisle.  As a part-time professional Peter travelled each weekend from Carlisle to play in the Reserve team.  He made his first team début on the 7 May 1955, away to King's Lynn (Posh won 1-0), but did not appear again until September 1956 and scored his first goal on 29 September 1956 at London Road, home to Corby Town in a 6-1 victory.

I have wonderful memories of Peter (or 'Mac'), a player who at times would frustrate you by holding on to the ball too long instead of passing it, but most of all he would fascinate you with his amazing skill and clever mesmerising dribbles leaving many defenders on their backsides.  Then he would cross left footed centres with great accuracy.  I shall never forget his winning goal against Arsenal in 1965, or his goal at Aston Villa in 1961 which probably was his greatest ever game for Posh.  I loved my chats with Peter sharing jokes and memories.

On many occasions we would meet in Beales for coffee and chats, reminiscing about those glory days, alongside fellow teammates Jim Walker and Roy Banham, plus a friend John Drewnicki and later Peter Morris and dear Tommy Robson would also join us. One of his funny stories was when Alf Ramsey introduced unorthodox wingers to the game, the writing was on the wall for Peter, especially when he was told to 'tackle back'.  The word 'tackle' was a foreign word to Peter who claimed he had never made one in his life!  He thought tackle was used for fishing!

Peter played a total of 119 Midland League and FA Cup matches, scoring a total of 59 goals then went on to appear in 212 Football League, FA Cup and League Cup matches, scoring a total of 68 goals; (a testimony in itself). It was a no brainer when I had the honour of inducting my hero Peter, into the Posh Hall of Fame on 27th February 2016, he was accompanied onto the pitch with his dear granddaughter Grace, receiving a great ovation from the fans and watching from the stand, proudly sat his wife Val with their family and friends including Eileen Stafford widow of the late Ellis, long time great teammate and friend of Peter.

With great memories the magic of ‘MAC’ will always be remembered at London Road. A TRUE LEGEND IN EVERY SENSE. Condolences from myself and all at Posh to his wife Val and children Lisa, Claire, Paul, Barrie and their families."