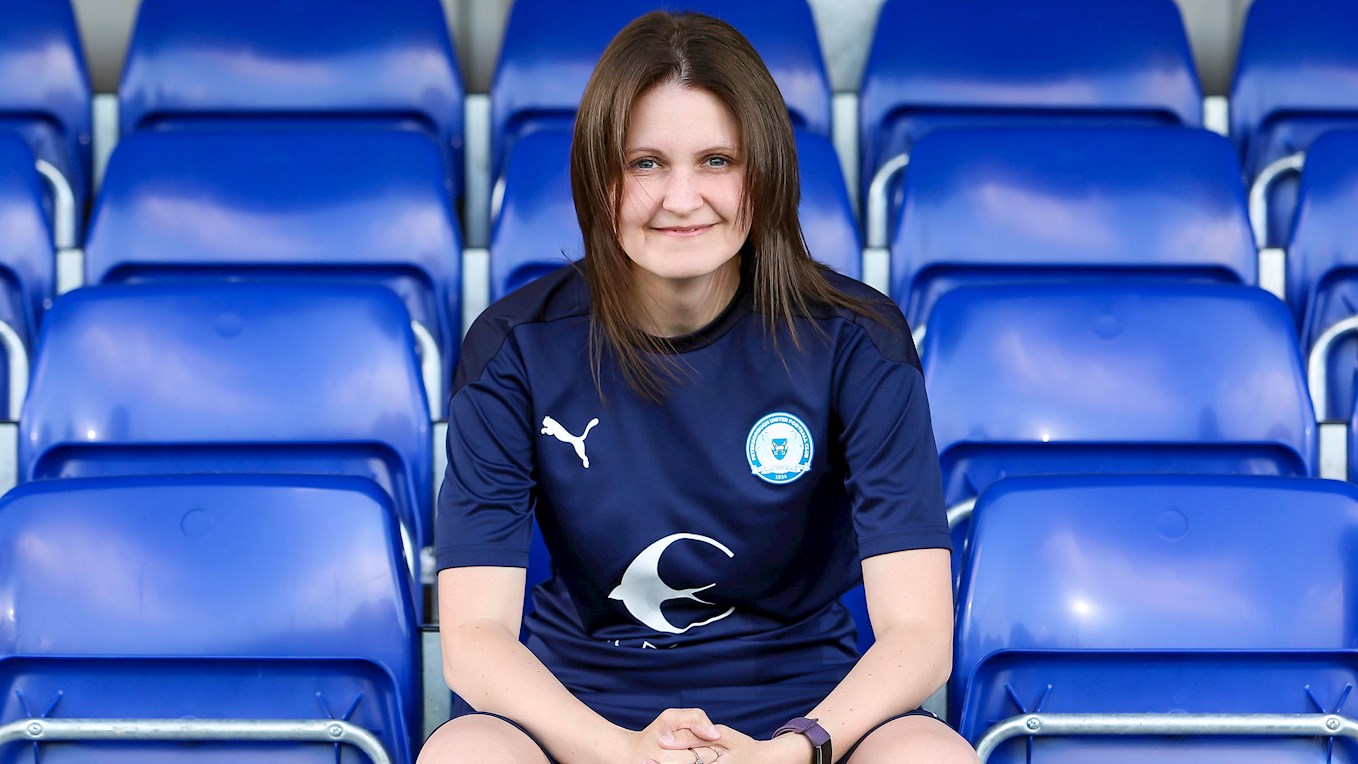 Chloe Brown is eager to get their FA Women’s National League campaign underway after a slight delay.

After the frustrations of the past two seasons, Peterborough United Women’s will begin their FA Women’s National League Division One Midlands campaign on Sunday as they travel to The Oval (2pm) to face Bedworth United.

The Ladies were forced to wait an extra week to get their campaign underway after Wem Town Ladies had to cancel the season opener last Sunday. Chloe Brown admitted in her pre-match interview it was disappointing to have to wait a little longer but says the players are just eager to get going now.

“We have been waiting a while to be moving up to the National League after the frustrations of the last two seasons, so to have Sunday's game cancelled was a big disappointment for us. We just wanted to get started and are really keen to get going in the league."

“Instead, we had a really good training session on Sunday, managing to work on quite a few things, including some of the tactical elements of our game. That always going to help, but nothing replaces getting out onto the pitch and playing a game.”

Posh concluded their pre-season programme with a ruthless performance against St Ives, running out 7-0 victors, and build that much-needed momentum ahead of the new season. The cancellation would have hampered that slightly, but Brown wanted to keep the morale high among the players.

“The biggest disappointment about Sunday was not building on that momentum after we finished pre-season on a high and really ready to start the season. So, training on Sunday and Wednesday night were key to keeping that momentum and morale of the team on a high, and now they’re just ready to go."

The National League will be the highest step the Women’s team has reached since forming in 2015, and while it’s set to be a new learning experience for the players and staff, Brown wants to see her side play to the best of their ability.

“We don’t really know much about the opposition we will face, although we may have played a few teams, we’re coming into this quite fresh. So, we intend to go in and play the best football we can, learning very quickly from the game and making any adaptions that we need to, but the aim is just to go out there and perform to the best of our ability and start to see where we are at.”