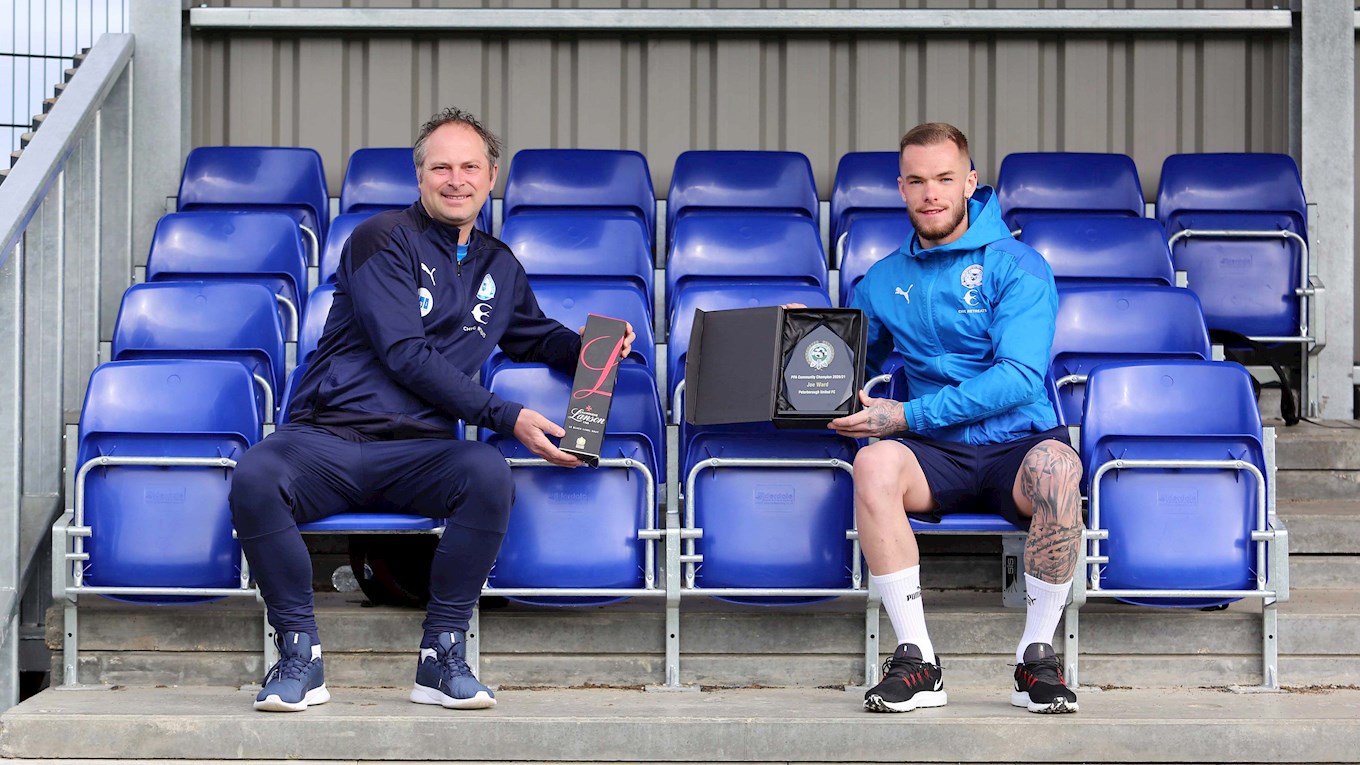 Peterborough United are pleased to announce that Joe Ward has won the PFA Community Champion Award for the second year in a row.

The PFA Community Champion Award aims to raise awareness of the support its members provide to their Club’s community activities throughout the course of the season.

Since he arrived at the Weston Homes Stadium in January 2018, Ward has always shown a willingness to give back to the community, and in what has been a challenging year for everyone, Ward has continued his efforts within the community.

Throughout the last year, Ward has recorded messages for supporters via social media and kept in touch with the fan base through his own social media channels. He has earned praise for always making himself available for community projects and for his willingness to give back to the community.

His efforts in the community also involved working alongside the Peterborough United Foundation on a variety of different projects. He has done a number of video clips for the community to help spread awareness around the Club’s British Heart Foundation (BHF) campaign and You vs Train campaign, in addition to creating videos to announce the winners of the Premier League Charitable Funds 10 Year Anniversary Awards.

Joe Ward said the following upon his receipt of the award: “I am pleased to win this award. It has been a challenging year for everybody during the pandemic, so it has been important to stay connected to the supporters via messages and social media. I am looking forward to being able to get involved in more community projects when it is safe to do so!“

John Hudson, Director of Corporate Social Responsibility at the PFA, said the following: “The PFA has been immensely proud of the outstanding efforts of players during a very difficult season, and we feel they should be recognised for their support and involvement in the local community. The Award will hopefully raise awareness of the importance many of our members attach to their roles off the pitch and highlight their commitment to support those most in need during the crisis. We would like to offer our congratulations to this season’s recipient of the 2020/21 PFA Community Champion Award.”

With much of Joe’s work having been alongside the Peterborough United Foundation, Foundation CEO, Gill Wignall, said: “We’re extremely grateful to Joe for the work he puts in for our community. The impact he’s had on our work with the Foundation has been brilliant, in what has been a difficult time for everyone. Congratulations to Joe for winning this award and our thanks go to him for his ongoing support.”