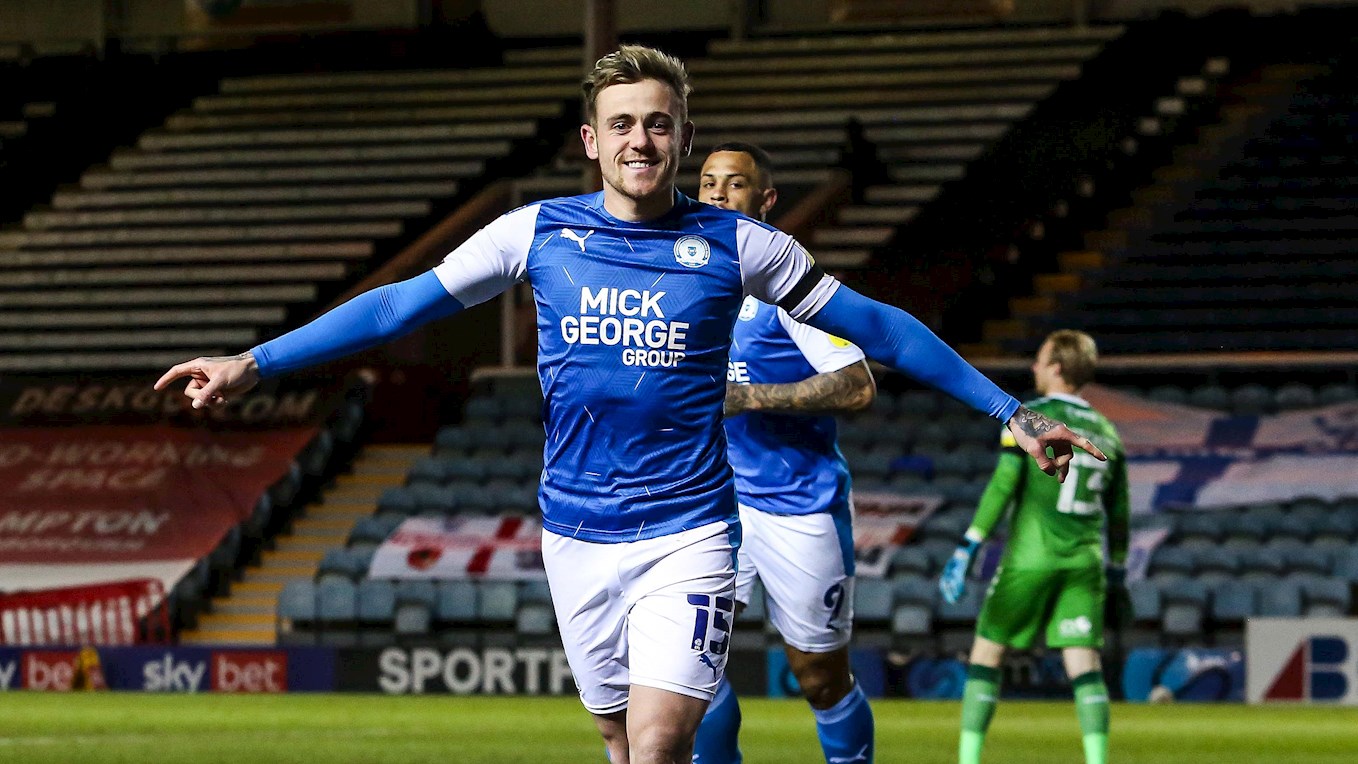 Szmodics Not Getting Carried Away After Derby Success

Szmodics bagged a double in the local derby success over Northampton Town on Friday evening.

Peterborough United attacking midfielder Sammie Szmodics bagged a brace in the 3-1 local derby success over Northampton Town at the Weston Homes Stadium on Friday evening, which opened up an eight-point gap over Sunderland, which was still in place after the Black Cats were beaten 1-0 at Blackpool on Saturday.

However, Szmodics insists that he and his team-mates are not looking any further ahead than Tuesday night’s Sky Bet League One clash with Gillingham at the Weston Homes Stadium, which promises to be another tough test for Darren Ferguson’s men.

“It was a tough game against Northampton and at this stage of the season, every team you face will provide a test because they have something to fight for. I expect Tuesday night’s game with Gillingham to be no different, it will be a physical test, teams think they can come and beat us with strength and power, but we are standing up to that.

“It was a good win against Northampton and I would be lying if I said that the league table looks nice as it stands, but there are still 15 points to play for and we can’t look any further forward than the next game and that is where our focus is,” Szmodics said.

The former Colchester United man, who had a successful loan stint with Posh last term, has been a revelation since joining on a permanent basis from Bristol City in the summer. Although the goals didn’t come before Christmas on a regular basis, since the turn of the year, he has netted 14 goals, taking his tally to 15 in all competitions.

He has netted numerous braces during that time and admits a hat-trick might not ever come! “I don’t think it will ever happen, but to be honest, if I am scoring twice in a game and we are winning that is all that matters. I set myself a target of 15 goals at the start of the campaign, so to reach that target with five games to go is nice. I just want to do my best for the team and see where it takes us,” Szmodics said.