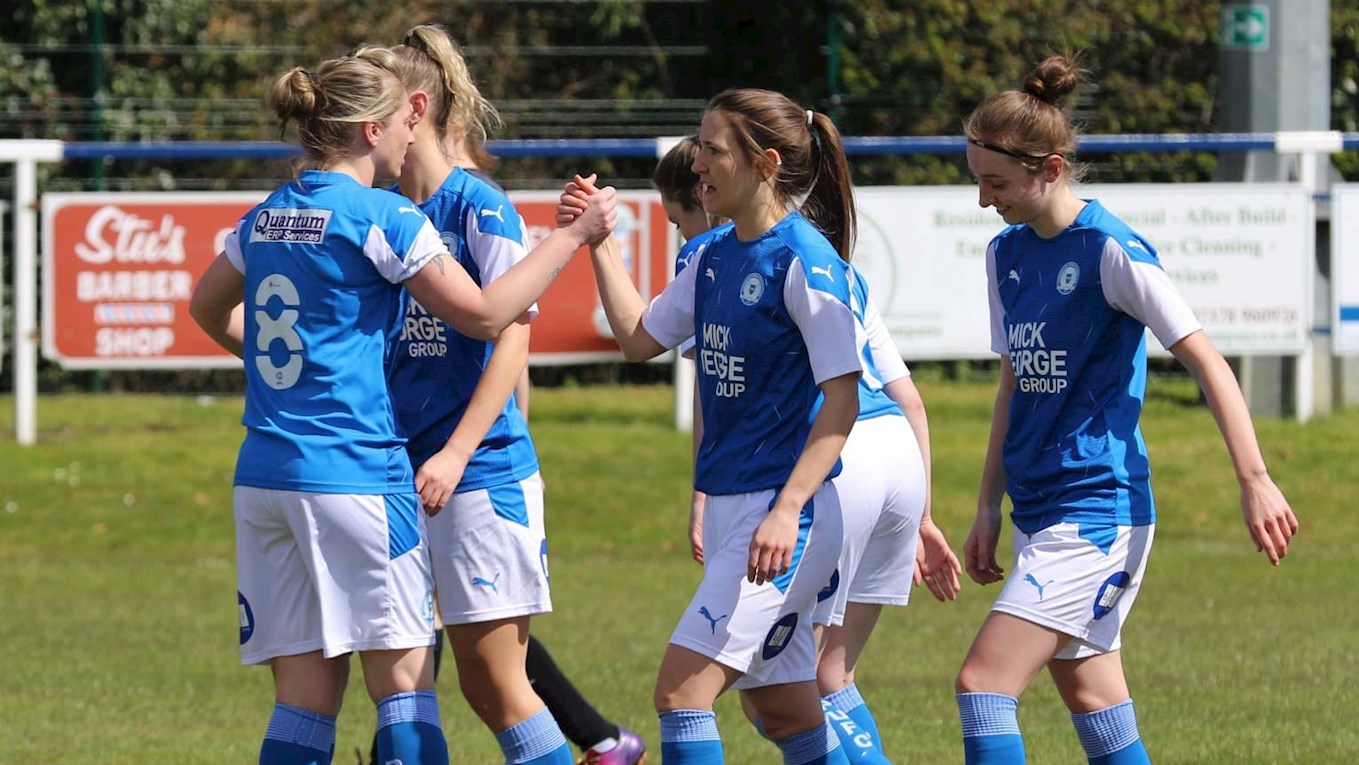 The Posh Ladies returned to action at the weekend with a thumping away win.

With the 2020-21 league season long since marked off as null and void, Posh Ladies first team were in action in the Trevor Clifton Trophy, a tournament for all East Midland regional league teams.

With the first three matches in a group format, the opening game was away to Thrapston Town who play in Division 1 South.

From kick off Posh were straight on the front foot and pressing Thrapston hard. After a couple of wide efforts Posh found the net on 6 minutes when Perkins fed DODWELL who slotted home.

On 10 minutes it was 2-0 and Perkins again was the provider, this time it was PENDRED with the finish. A hat-trick of assists for Perkins was completed on 38 minutes when her deflected pass landed at the feet of PENDRED who calmly steered the ball home.

Two minutes after the break it was number four for Posh, when McConville supplied ORR-LOVE and she expertly found the top corner of the net from just outside the box. Posh’s scoring for the day was complete on 63 minutes when a long ball forward from Lewis found O’NEILL who slammed the ball home from 10 yards.

Thrapston had a consolation goal on 69 minutes but the game was long since over by then.

For a first competitive game in over five months, Posh were excellent and controlled the game for 90 minutes. With a rolling substitute format, Posh made multiple changes of personnel during the game allowing the whole squad important playing time.

An excellent debut for Destiny Makonjuola who was called up from the reserves giving her valuable first team experience.

Player of the Match - Pendred