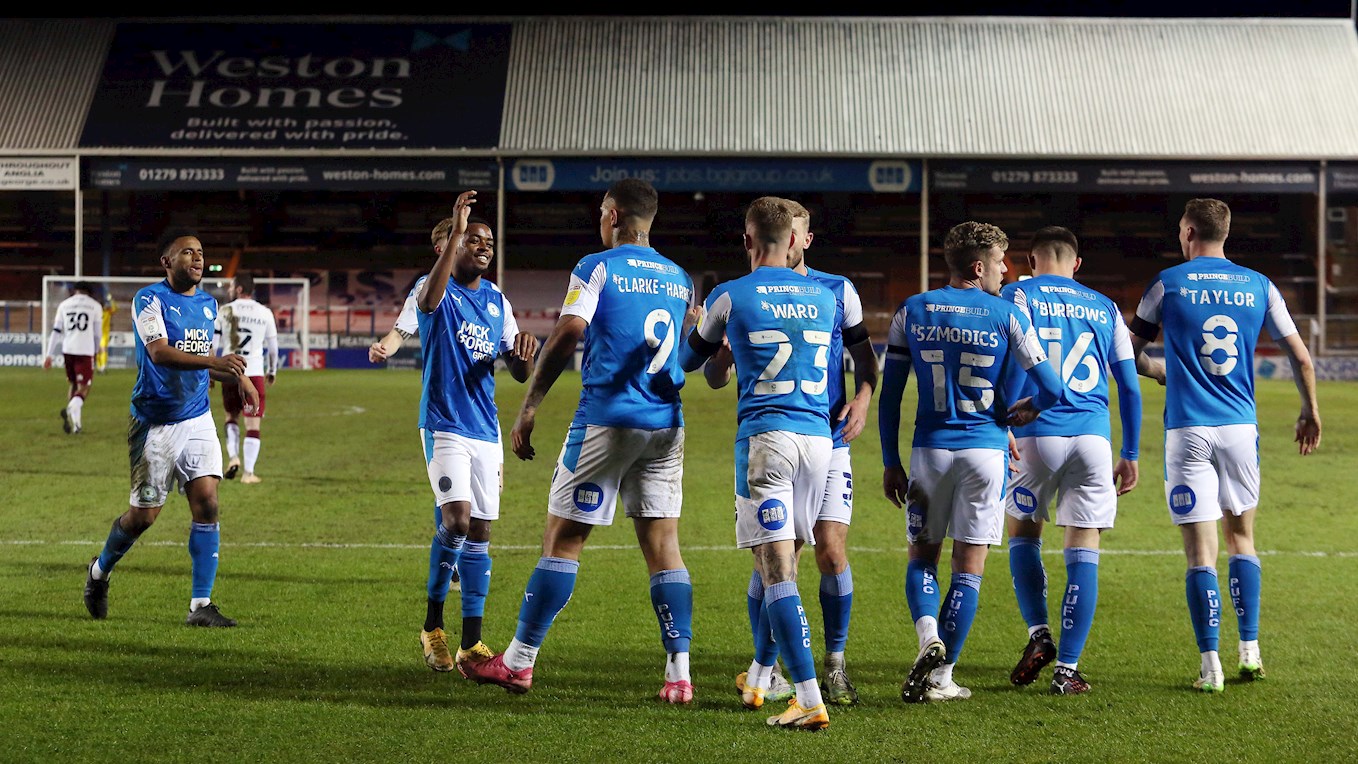 Sammie Szmodics took his tally to 14 for the season with a brace in local derby success.

Peterborough United opened up an eight point gap over Sunderland ahead of the Black Cats clash with Blackpool on Saturday with a 3-1 victory over Northampton Town at the Weston Homes Stadium on Friday night.

Goalkeeper Josef Bursik was the first shot-stopper to be called into action on four minutes, keeping out a low effort from Bryn Morris from long-range. Jack Taylor fired well wide from distance on 16 minutes after a more patient build-up from Posh after playing out from the back.

Ward curled a left-foot shot over the crossbar on 26 minutes after cutting inside past the full-back as Posh tried to find a breakthrough against a stubborn Northampton Town defence. Posh did find that opening goal on 32 minutes as a low cross from Dan Butler was superbly converted at the near post by Sammie SZMODICS.

The in-form Ryan Watson volleyed wide from the edge of the box on 37 minutes as Cobblers made a spirited reply. The visitors found a reply out of nowhere as Beevers was penalised for a foul in the box on Jones and HOSKINS sent the penalty straight down the middle to level the scores.

It took Posh three minutes into the second half to get their noses in front again, a fine pass from Taylor picked out SZMODICS and he raced clear, lifted the ball over the keeper and slotted the ball into the gaping net.

Clarke-Harris was a whisker away from converting a low Taylor cross after a fine Posh move on 52 minutes, the striker stretched but couldn’t get enough on the ball to divert it goalwards. McWilliams was cautioned for a foul on Dembele on 55 minutes.

Harrison Burrows replaced Dembele just after the hour mark with Szmodics then denied by Mitchell after good work from Clarke-Harris. On 67 minutes, Posh made it 3-1 from the spot as CLARKE-HARRIS sent the keeper the wrong way from 12-yards after Thompson had been bundled over in the box. It was the 28th league goal of the campaign and 30th in all competitions for the former Bristol Rovers man.

Burrows saw a shot blocked before Szmodics volleyed over from the edge of the box after a flowing Posh move with Ward providing a delightful flick to Taylor as part of it. Substitute Rose was cautioned for a dive on 78 minutes.

Bursik did well to push out a stinging low drive from Hoskins on 83 minutes as Town pressed for a second goal.