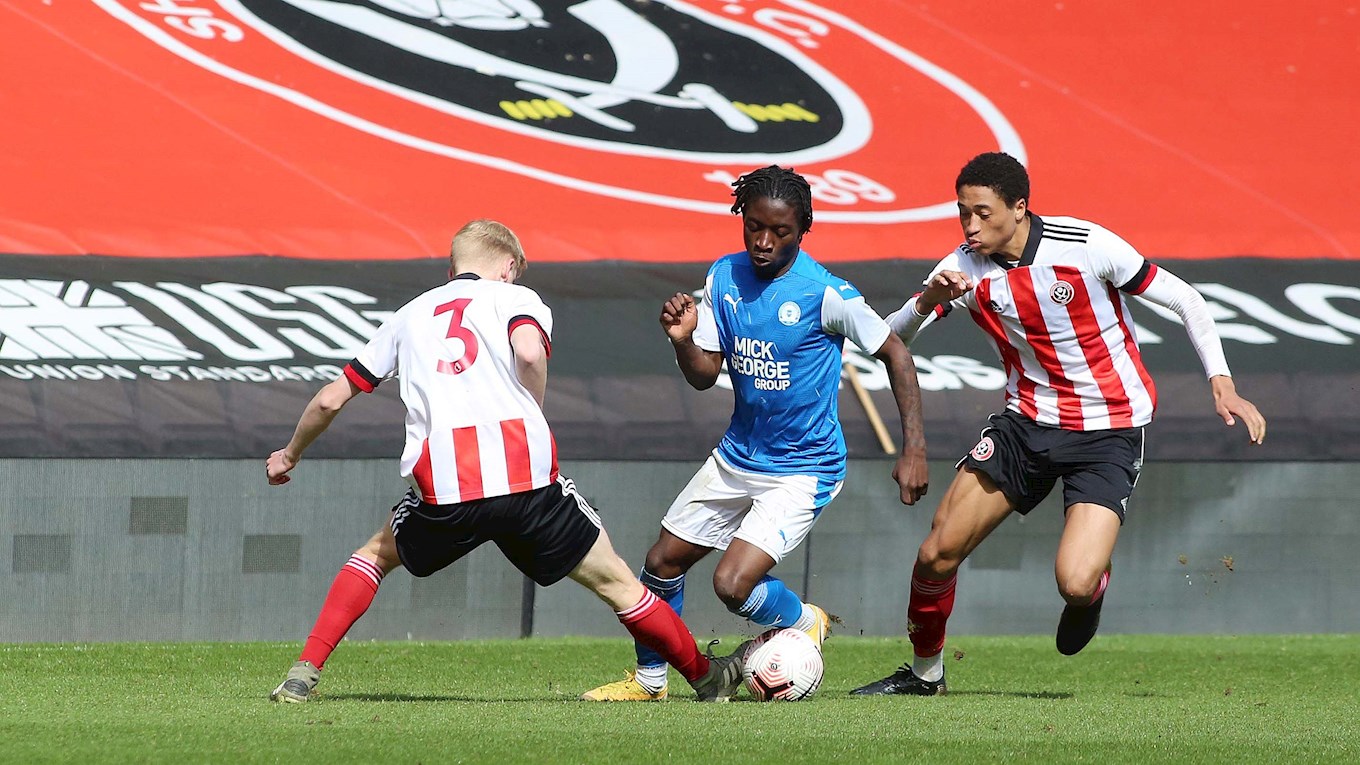 Posh under 18s bow out of the FA Youth Cup at the fourth round stage.

The Peterborough United under 18s played some neat football at Bramall Lane, but ultimately were undone with a goal in each half as Sheffield United under 18s progressed into the fifth round of the FA Youth Cup with a 2-0 victory.

The hosts made a bright start in the sunshine at Bramall Lane and opened the scoring inside the opening five minutes as Andre BROOKS took advantage of a poor defensive header to rifle home into the roof of the net on the half volley.

Rod McGlinchey tested goalkeeper Hiddleston with a well-struck shot from distance before goalkeeper Will Lakin did well to smother at the other end at the feet of Jebbinson. The hosts came close to second goal when a shot from Ayari was blocked by his team-mate before being cleared from danger.

Ayari saw a curling effort well held by Lakin as the Blades tried to find a second goal before the interval but it was not forthcoming. The hosts were bright in the opening quarter and ended the first period strongly, but Posh will be happy with the way they played in the middle third in terms of possession.

Posh made a bright start to the second period, forcing numerous corners in quick succession without success before Jones saw a shot blocked. At the other end, a combination of Lakin and Peters did well to deny Hackford before Posh again broke at the other end.

Jones saw his effort blocked after an excellent run by Hickinson, with the Posh bench rightly questioning if there was a foul on the midfield man as he weaved his way into the box. Against the run of play, the home side made it 2-0 as JEBBISON nodded home a right-wing corner from close-range.

McGlinchey produced a superb goal-line block to deny the hosts a third goal as Posh pushed players forward with Hackford also blazing over from six-yards with just the keeper to beat. In the end, Posh were beaten 2-0 and bow out of the competition at the fourth round stage. They will turn their attention now to the League Cup final next week.