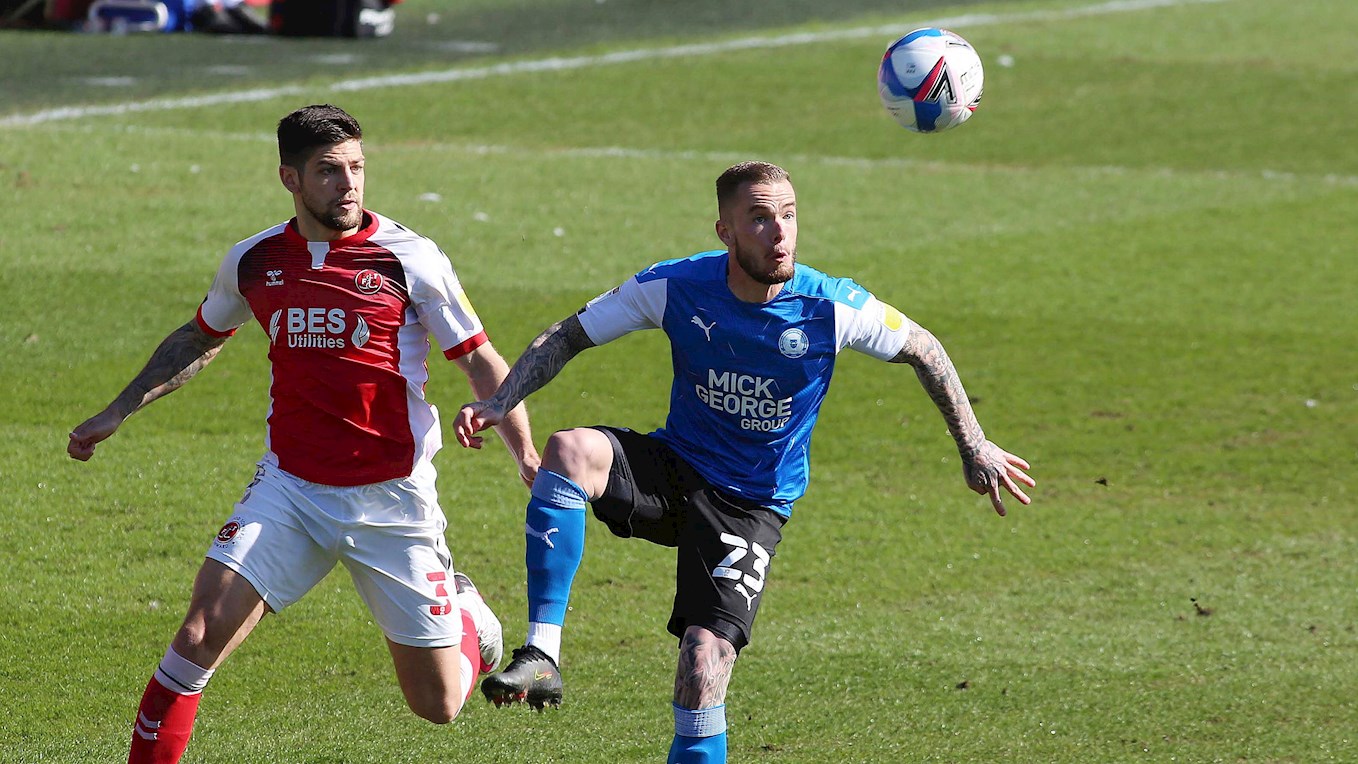 Posh pick up vital three points on the road with 1-0 success at Fleetwood Town.

Jonson Clarke-Harris took his goal tally to 28 in all competitions with a vital late free-kick at Highbury as Darren Ferguson’s men picked up a 1-0 victory at Fleetwood Town thanks to the front man’s left-foot finish a minute from time.

Posh made a decent start in the sunshine and could have been ahead inside the opening five minutes as a Joe Ward cross reached Jonson Clarke-Harris, he took a touch onto his left-foot but goalkeeper Alex Cairns produced a fine save from point blank range.

Kyle Vassell curled a free-kick into the wall on 12 minutes after he himself had been felled by Posh skipper Beevers 25-yards from goal. Clarke-Harris couldn’t guide a teasing Ward centre towards goal under pressure on the quarter hour mark as Posh pressed for the breakthrough.

Connolly was cautioned for a foul on Szmodics on 24 minutes as referee Benjamin Speedie produced the first card of the contest.  Garner tested Christy Pym with a well-struck left-foot shot just after the half hour mark after wriggling into space on the far side.

There was a stoppage on 40 minutes as referee Benjamin Speedie required treatment from the physiotherapist after picking up a knock. Fourth official Graham Salisbury replaced him in the middle. On the stroke of half-time, Burns missed a golden chance to give the hosts the lead, but he fired over at the back post as the ball ricocheted across the Posh box.

Darren Ferguson made a double change on the hour mark with Jack Taylor and Siriki Dembele introduced for Burrows and Brown. Pym produced a fine stop on 63 minutes to keep out a stinging drive from Rossiter.

The home side were a whisker away from breaking the deadlock as a Danny Andrew left-foot free-kick from 25-yards whistled just past the post. The hosts made a double change moments later with Callum Camps and Harvey Saunders introduced.

Andrew then clipped the top of the bar with a deflected effort on 75 minutes as Fleetwood came close to the opening goal. On 89 minutes, Posh found the breakthrough as leading scorer Jonson CLARKE-HARRIS curled a superb low free-kick into the bottom corner from the edge of the box for his 28th goal in all competitions.

Butler was close to a second in stoppage time as he rifled a shot towards the top corner, Cairns doing superbly well to tip it over.