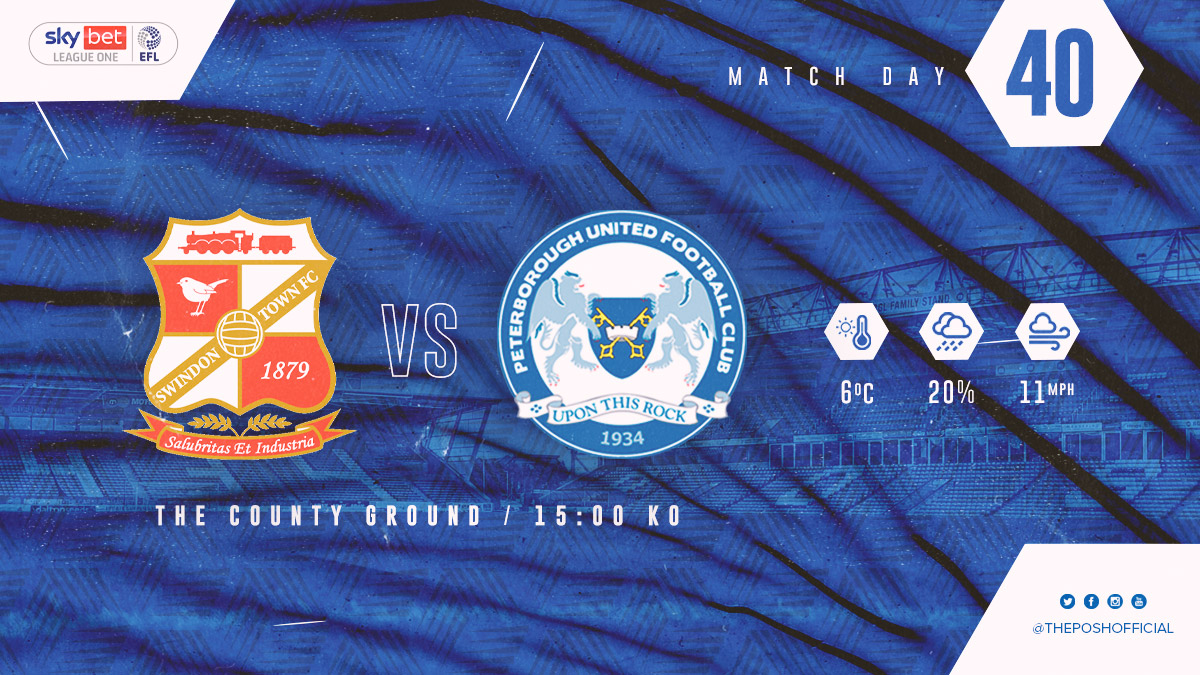 Posh head to the County Ground in Sky Bet League One action on Saturday.

Peterborough United make the trip to the County Ground to face Swindon Town in Sky Bet League One action on Saturday afternoon (3pm) with Darren Ferguson’s men looking to build on the 1-1 draw with Sunderland last time out at the Weston Homes Stadium.

It will be a tricky test for Posh with the Robins currently battling to stay in the division although they have enjoyed victories over Bristol Rovers and Fleetwood in recent weeks, although both of those successes came away from the County Ground.

Posh are without the services of goalkeeper Christy Pym due to a muscle injury, but have moved quickly to bring in Josef Bursik on an emergency loan deal from Stoke City and he will go straight into the starting line-up.

Sammie Szmodics remains a huge doubt with a shoulder problem sustained in the draw with Sunderland while Ronnie Edwards is expected to feature in an under 23 fixture on Tuesday as he steps up his rehab from a long-term problem.

Former Posh midfielder Anthony Grant has been deployed as one of three centre backs in recent weeks including the last fixture, a 2-1 defeat at Burton Albion. Further forward, Scott Twine is one to watch, he has an eye for the spectacular, while Jack Payne and Brett Pitman are also dangerous opponents.

“It doesn’t matter where the opponents are in the table, they could be top, 10th, 18th or bottom of the league, at this stage of the season, they are all tricky games. We have to focus on ourselves, we know that we are in a good position in the league with the games we have left to play, it is about going there, trying to get three points and moving on to the next one,” Darren Ferguson said.

iFollow match passes are available to purchase priced at £10. You can do so here:

The match referee is Joshua Smith.