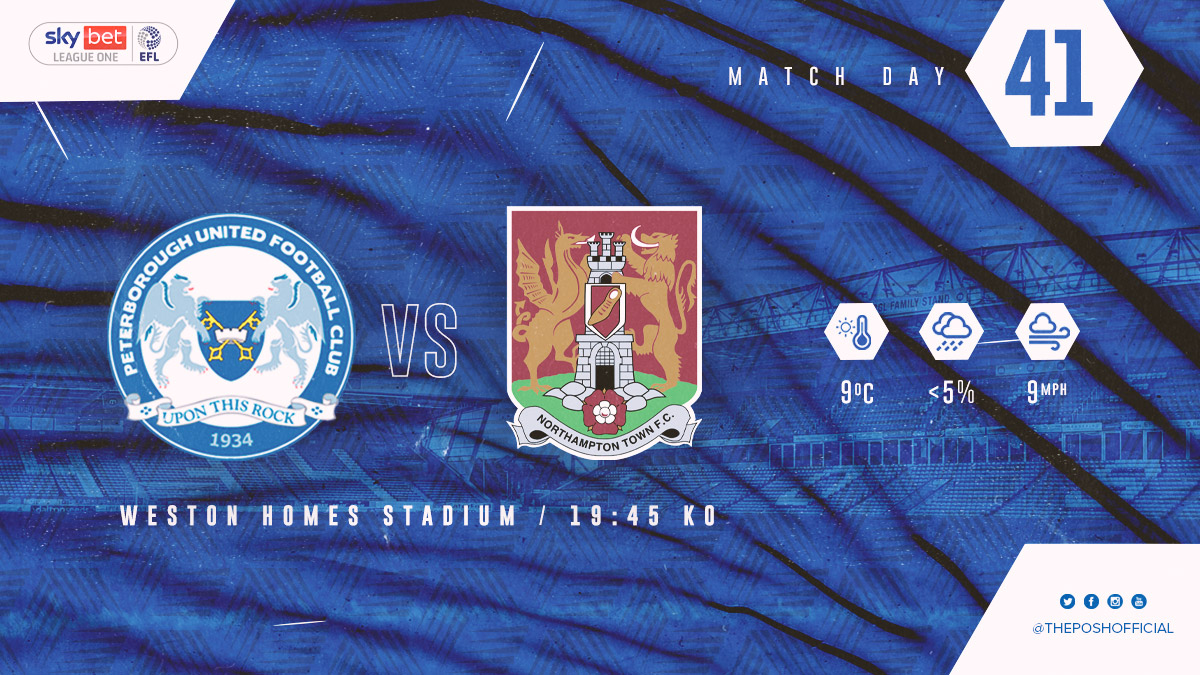 The Cobblers are very much in relegation trouble after a 1-1 draw with fellow strugglers Bristol Rovers at Sixfields last weekend, but as Rochdale, AFC Wimbledon and Burton Albion have proved this season, Posh will have to be at it from the first whistle to avoid falling to defeat.

Posh are without the services of goalkeeper Christy Pym for the rest of the season with a muscle problem, but Josef Bursik kept a clean sheet on debut at the County Ground and will make his first appearance at the Weston Homes Stadium. Ronnie Edwards is back in training, but unlikely to be in the squad.

Sammie Szmodics has been declared fit after a pain-killing injection in his shoulder earlier this week – he missed the win against the Robins. Peter Kioso and Alex Jones are both major doubts to feature in the game for the Cobblers.

Jon Brady is already definitely without a number of players including Mickel Miller, Jack Sowerby, Benny Ashley-Seal and Steve Arnold.

“Northampton have played five different formations in the last five games, so it is hard to know what to expect on Friday night, so more than ever, it is about us and how we can affect the game. I have watched them against Bristol Rovers and Hull City and they play with a lot of energy. I am sure they will try everything they can to get a result,” Darren Ferguson said.

“We’ve got to go there and give it everything we’ve got because we need to try and get a result out of the game. It’s not a free hit, there’s no free hits left with five games to go. You’ve got to scrap and fight and show your quality as well and who knows – stranger things have happened. Wouldn’t it be great if we got a win there?” Jon Brady said.

IFollow match passes are available priced at £10 and you can purchase one here:

There will be a minute’s silence ahead of kick-off in memory of HRH, The Prince Philip, Duke of Edinburgh, who passed away last weekend. The funeral is due to take place on Saturday afternoon at 3pm.

The match referee is Lee Swabey.