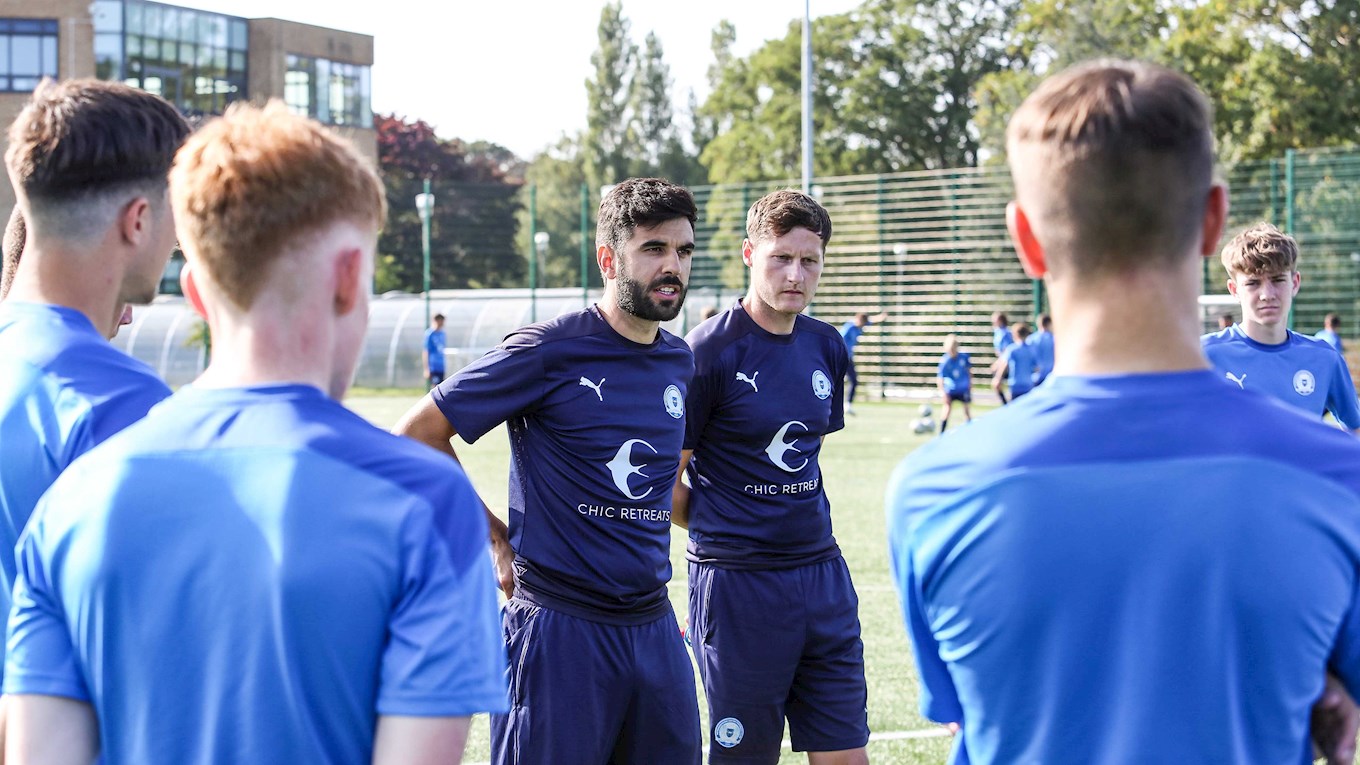 Winning return for the Posh ‘A’ side as competitive action returns.

The Posh A side enjoyed a winning return to competitive action at the hands of Crystal Palace Beckenham. They hit the front early on when Sol Snelling’s pinpoint cross found Alfie Webb, who acrobatically fired into the bottom corner. Posh enjoyed all of the early possession but gave up a goal against the run of play as an effort from the Palace forward found its way into the net despite a strong hand from Posh A keeper, Finn Ghag.

But the Posh continued their dominance and hit the front again after another good flowing move. Rory Nevett played a clever reverse pass into the path of Harry Robinson, and when his effort cannoned off the post, Elijas Bagdonavic was on hand to send the ball into the empty net. The Posh were always dominant and had the chance to go two goals ahead from the spot.

However, Webb was denied by an impressive save from the Palace goalkeeper, who enjoyed a fine afternoon between the sticks for the visitors. But the Posh did eventually get their third and they did it in some style. Alan Blanco was introduced from the substitutes bench and sealed the win for the Posh with what can only be described as an absolute screamer from 25 yards. He took control of the ball, picked his spot, and fired his long range effort in off the underside of the bar.

The Posh B team welcomed Samuel Whitbread Academy A to Woodlands, Castor, in a friendly fixture. Posh found themselves 1-0 down within minutes due to a defensive error. Samuel Whitbread Academy ‘A’ doubled their lead before Emmanel Kyeremeh got the Posh on the board after good link up play with Isaac Carter. Another goal for the away side saw Posh B go 3-1 down, before Posh reaped the rewards of more good work from Kyeremeh.

The Posh striker latched onto a loose ball before sending a pass across goal, which was eventually turned into the net by an opposing defender for an own goal. The visitors took a 4-2 lead into the interval with defensive errors seeming to be the theme of the afternoon for the Posh B side. Posh B enjoyed a better start to the second half and created a great chance to put themselves back within one of the visitors. It was Jack Thomas who had the chance; he beat the keeper, but also beat the post as his effort flew just wide.

As the need for goals increased as the half went on, Posh began chasing the game and Samuel Whitbread Academy ‘A’ scored a further two goals to claim a comfortable victory over Posh B. Posh B will now be hoping they can turn things around next week against Aston Villa.

The Posh C side endured a similar slow start to that of the B side, with Coach Dan England suggesting there wasn’t enough movement or willingness to get on the ball from his side. Samuel Whitbread Academy ‘B’ look the lead after just two minutes. Sloppy play at the back allowed the opposition to pounce on a mistake and put themselves ahead. Posh started to get into the game but the away side continued to maintain a level of dominance.

Posh C fell two behind on the stroke of half time. In the second half, Posh C showed more desire and character and started to enjoy some dominance of their own. They were able to get a goal back midway through the second half through Ferdy Baker, who notched a looping header from a corner. Posh C continued their push for an equaliser but found an away keeper in good form, with several efforts being turned around the goal as the game reached its end. Posh C travel to Shrewsbury Town next week in their bid to return to winning form.