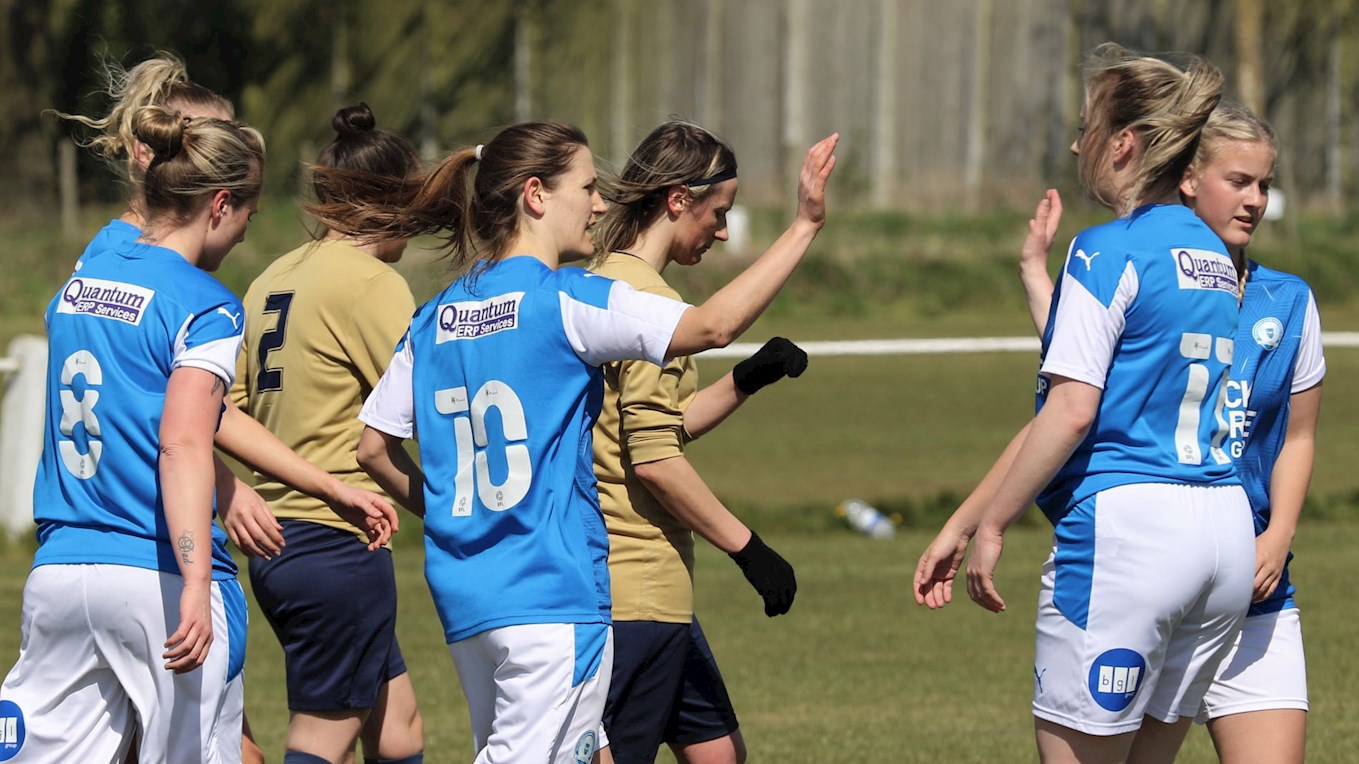 Hannah Pendred netted a hat-trick as the Posh Ladies won 5-3 in their latest fixture.

Match Two of the Trevor Clifton Trophy group stage saw Posh travel to the outskirts of Leicester to face Oadby & Wigston. Although a mainly sunny afternoon, there was a strong wind blowing down the pitch that was to play its part in this encounter.

As last week, Posh were straight on the front foot fashioning multiple chances but brave goalkeeping on several occasions foiled Posh. On 12 minutes however Posh were awarded a penalty when Hannah PENDRED was brought down in the box. She dusted herself off and buried the spot kick to give Posh the lead.

Wave after wave of Posh attacking continued and Posh made it 2-0 on 26 minutes when Keir Perkins found PENDRED and she made no mistake for her fourth goal in two games. Five minutes later it was 3-0 when a deep Laura Dodwell corner was excellently headed home by Holly LEWIS. Just before half time a long ball over the top from Megan Parrett set Perkins free and as she went around the advancing keeper she was clipped, a clear penalty. PERKINS calmly stepped up to make the half time score 4-0 to Posh.

Playing with the wind behind them in the second half seemed to galvanise the opposition and they were able to pull the score back to 4-3 with Posh being unable to convert any of their many chances. This was to change on 74 minutes when Perkins rounded the keeper and squared for PENDRED to tap home from close range to complete her hattrick and take the final score to 5-3.

This was very much a game of two halves, with Posh dominating the first half and Oadby & Wigston coming on strong with the wind behind them in the second half. More valuable minutes in the legs before the headline match and final match of the group stages when Posh visit Northampton Town next Sunday.

Player of the Match - Perkins