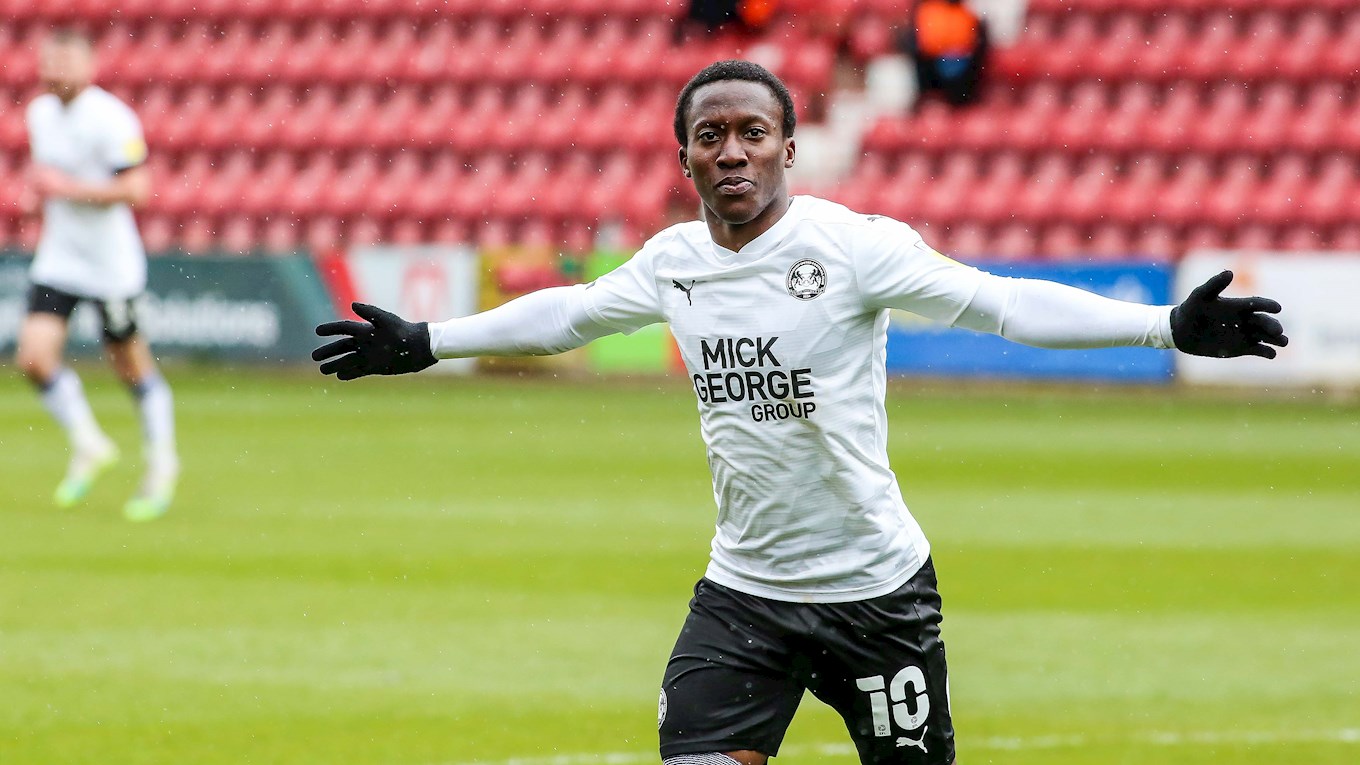 Posh attacking midfielder bagged a brace in the 3-0 victory over Swindon Town on Saturday afternoon.

Peterborough United attacking midfielder Siriki Dembele became the first player in Sky Bet League One to reach 10 goals and 10 assists this season after a brace helped Darren Ferguson’s men to a 3-0 victory over struggling Swindon Town at the County Ground.

Dembele reached the landmark with a first half double before striker Jonson Clarke-Harris atoned for a penalty miss with a stoppage time strike for his 29th goal in all competitions and 27th league goal of the season.

Dembele, who has been struggling with a back problem in recent weeks, said: “I was happy to get two goals and help the team to three points. The first goal, I have to give credit to Mo Eisa for the ball through to me, it was perfect to allow me to do what I wanted to do. The second goal was pleasing, I was in a good position high up the pitch and I get to do what I do when I am in that kind of position.

“It was one of those games. It probably seemed more open than what it was to actually play in, but having said that, we had chances to score more goals. Some of them we should have finished, but we have won the game 3-0 so we can’t complain.

“For me personally, it is great to score my 10th league goal. It is always good to be involved in the goals and assists, to be a part of it is amazing and hopefully I can get a few more between now and the end of the season.

“It was frustrating to miss a game with a back problem but I have been managing it well and it is all about contributing between now and the end of the season. Then I can get some rest in to it. The physio Matt Rogers has helped me and hopefully I can help the team reach what we set out to achieve at the start of the season,” Dembele said.