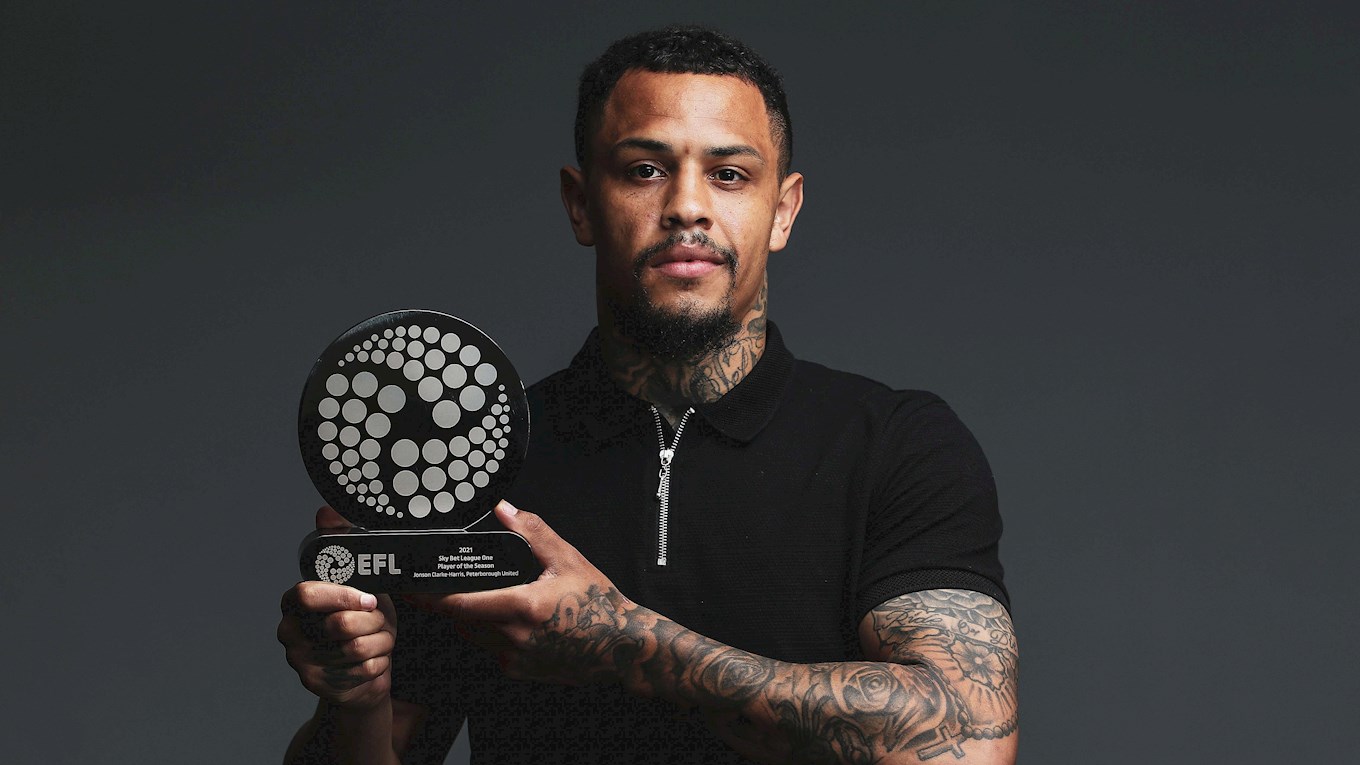 Peterborough United front man Jonson Clarke-Harris has been rewarded for a superb season by being named the Sky Bet League One Player of the Season at the EFL Awards, which took place on Thursday evening.

Clarke-Harris, who has netted 29 league goals and 31 in all competitions so far this season, beat off competition from Hull City midfielder George Honeyman and Sunderland striker Charlie Wyke to scoop the trophy at the event, which was televised live by Sky Sports.

Clarke-Harris, who was at the Weston Homes Stadium to speak live at the event, was quick to thank his team-mates for the award. “It is a great personal achievement for me to win this award, but the real target I had at the start of the season and still have is to get this club promoted to the Championship and we are so close.

“For me, when you win an award, you firstly have to thank your team-mates. You are only as good as those around you. I am in a team that is creating chances every week, it is my job to put them away and I have been fortunate that I have managed to do that regularly this season. I hope that this award can be the start of a big celebration this weekend if we can get the job done against Lincoln City,” Clarke-Harris said.

Clarke-Harris was also named in the League One Team of the Year alongside skipper Mark Beevers and winger Joe Ward.