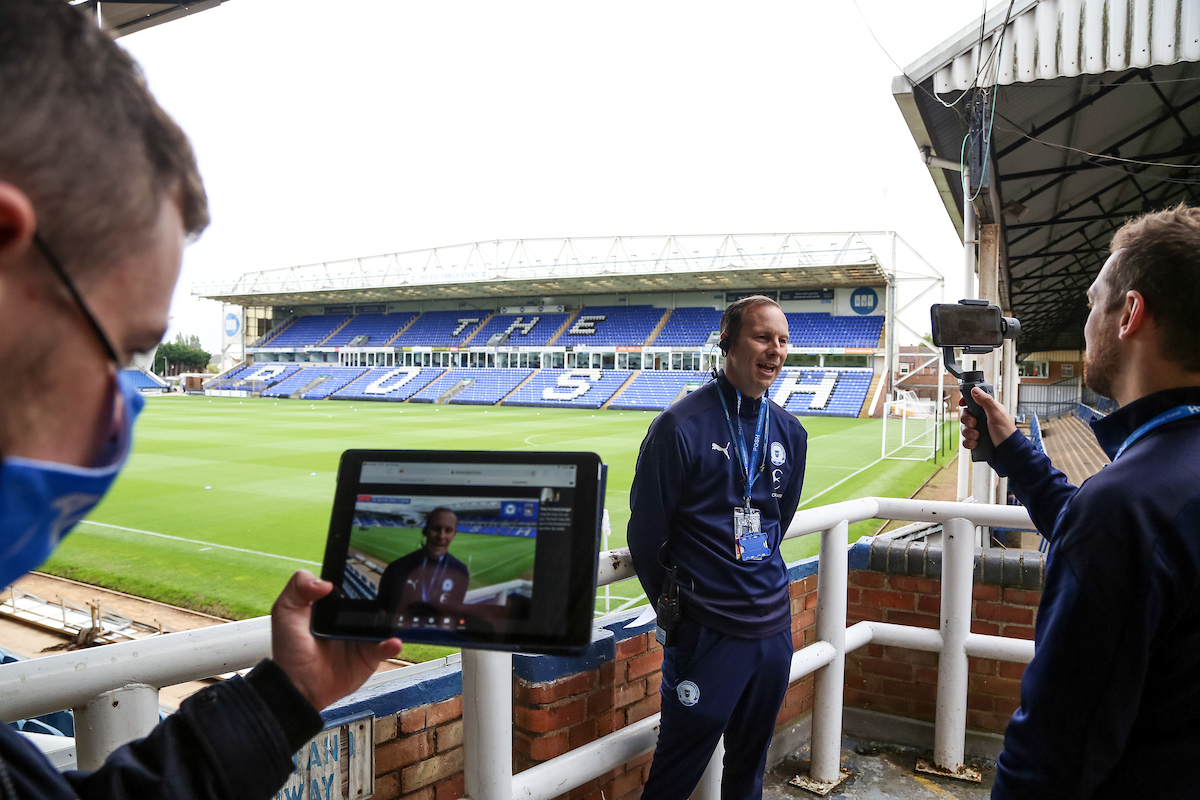 Fans will be able to watch a pre-match show live from the Weston Homes Stadium on Saturday.

Everybody at the football club wishes supporters were able to be inside the ground for Saturday’s Carabao Cup first round tie with Cheltenham Town at the Weston Homes Stadium, but fans will be able to watch the action on iFollow and we are pleased to confirm the second episode of our pre-match show, which will be free to watch via social media and the club’s YouTube channel.

The show, which kicks-off at 1.50pm on Saturday will feature a live interview with manager Darren Ferguson where he will discuss his team selection, formation and the opposition as well as a live chat with co-owner Jason Neale on the Family Club of the Year, which was awarded to the football club for League One earlier this week.

We also have an exclusive interview with former Cheltenham Town midfielder Ryan Broom, a look back at all of the pre-season goals and focus on how the club secured that Family Club of the Year title.

Press officer and presenter Phil Adlam said: “It is a real shame that fans are not currently able to watch us in action in person, but we were blown away by the response to our first pre-match show last week ahead of the Coventry double-header. We have taken the comments on board and hopefully everyone will enjoy Saturday’s edition.

“We will be including exclusive content within the show and we want the feedback from the fans so email jake@theposh.com with your comments and observations and we will also feature some of those comments within the show.”