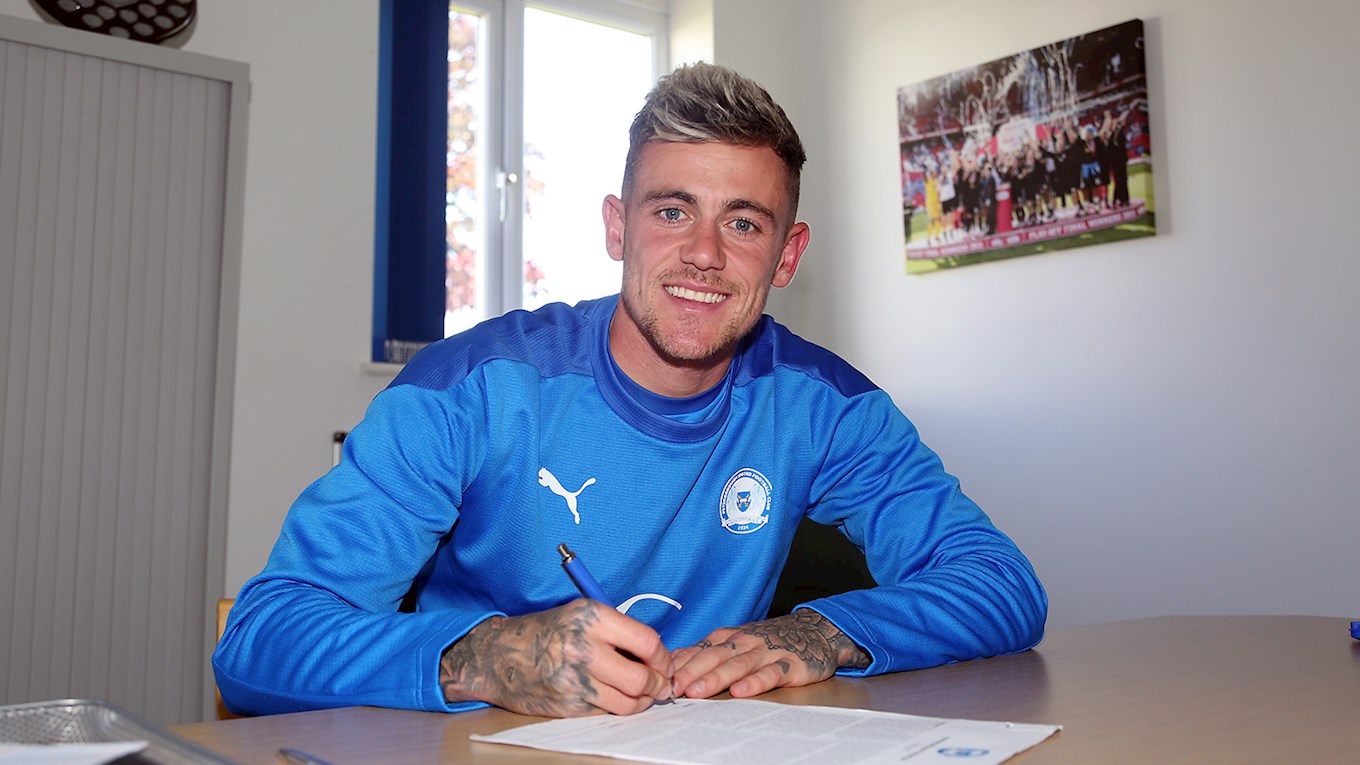 The club are thrilled to announce the signing of Sammie Szmodics for an undisclosed fee on a long-term contract.

Peterborough United are delighted to announce the signing of Bristol City attacking midfielder Sammie Szmodics for an undisclosed fee, with the 24-year-old penning a four-year deal at the Weston Homes Stadium after completing the necessary paperwork.

Despite interest from a host of other clubs, the hierarchy at Posh have worked tirelessly behind the scenes to get the deal over the line. Szmodics, who enjoyed a hugely successful loan spell at the club prior to lockdown, will train with some of his new team-mates on Tuesday afternoon.

Manager Darren Ferguson said: “I said I was 95% done in terms of players coming into the club, I am now 100% there! We are delighted. In the last week things have accelerated a little bit in the sense he probably wasn’t going to get the game time at Bristol City and Darragh has been so determined to get it over the line, he has worked very hard and wouldn’t let go until he got the deal done.

“It is a permanent deal; it is good that Sammie has committed to us because he wanted to play Championship football and feels that can be achieved with us. We know what he brings to the squad. His performances were very good last season with us, his personality is great and we know that he is a good player, he is someone that I was aware of for a very long time.

“It is a really big signing for us. I know there was interest from several clubs in our league but he always said if he was going to sign for a club in League One, it would be us, and credit to him because he has stuck to his word. I think it has been a relentless effort from Darragh to get this done so you have to say well done to him for going that extra mile to get this over the line on a permanent basis.

“The boy was adamant he wanted to come here, and I am really looking forward to working with him again. We will assess him today in training and see where he is at fitness wise, but it is great to get him in the building,” Ferguson said.

Szmodics was thrilled to be back and cannot wait to get started. “I think we can #AnnounceSzmodics now! I am delighted to be back. I feel there is a bit of unfinished business from last season. We were going so well and I was really enjoying my football. My best mate Frankie is here, he doesn’t know I am back yet and I will be kipping at his house so I am sure a few people will be surprised.

“I went back to Bristol City for pre-season, Dean Holden the gaffer there was very honest with me and when I knew that I was able to leave, I spoke to my agent about speaking to Darragh and Peterborough. I can’t wait to get started,” Szmodics said.

Szmodics scored four goals in 10 appearances for Posh during the loan spell last season and immediately became a fans favourite. He netted 38 goals during his time with Colchester United and two goals in three appearances during a loan spell with Braintree. Szmodics will wear the number 15 shirt.