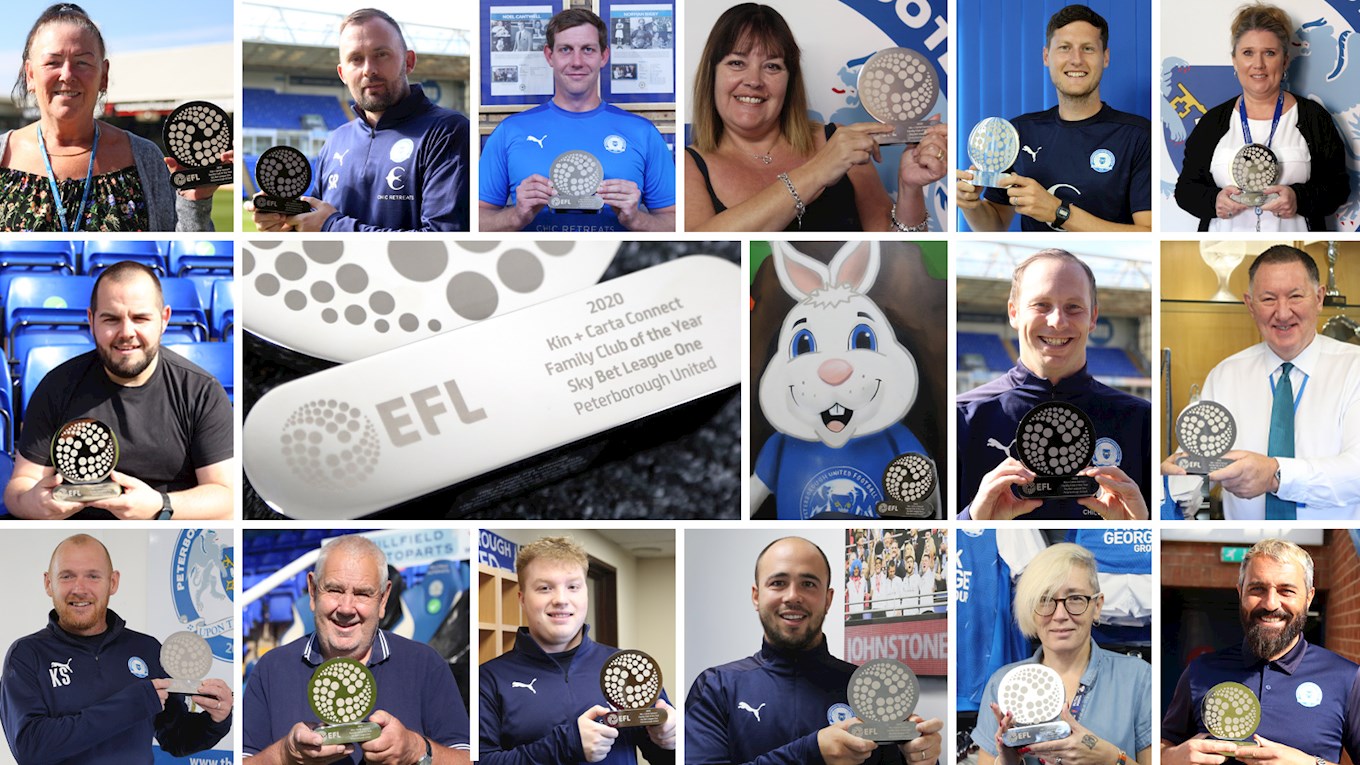 Posh named Family Club of the Year for League One.

We are proud to announce that Peterborough United have been named as the EFL’s Kin + Carta Connect Family Club of the Year for Sky Bet League One (2019/20).

The club have been recognised for our efforts on match day, which includes the First Time Fans Initiative and Peter’s Burrow and our work within the community last season, which included the hugely successful Schools Initiative.

Chief Executive Bob Symns said: It is brilliant that the football club has been recognised by the EFL for the incredible amount of hard work that goes on behind the scenes. I am absolutely thrilled for everyone as it is a complete team effort and thoroughly deserved.

An EFL spokesperson said: “Congratulations to the three winning Clubs, they all hugely impressed the judging team with the standard of their entries and their engagement with families in and around matchdays. Each demonstrated a clear, strategic and impactful approach to attracting and engaging young fans and families to deliver a first class family experience in their respective division.”

At the core of our Fans for the Future campaign is our commitment to FREE season tickets for U12’s and our Schools Initiative where we have visited over 150 primary schools and engaged with over 50,000 primary school children in the last year to deliver an assembly with our club mascot, Peter Burrow.

In the summer of 2019 over 150 under 12s arrived at the Mick George Training Academy for our inaugural First Team Experience Day and despite the changeable weather (and quite a heavy downpour), it didn’t dampen the spirits as the youngsters were put through their paces by first team, Academy and Foundation management and coaches.

The event was designed to give U12 season ticket holders the opportunity to enjoy a taste of what it would be like to be a first team player. As a football club, we are also very proud of Peter Burrow and the impact that he makes, both during the school assemblies, and on match day, where he has more selfies than a member of One Direction.

See our full application to the EFL below.