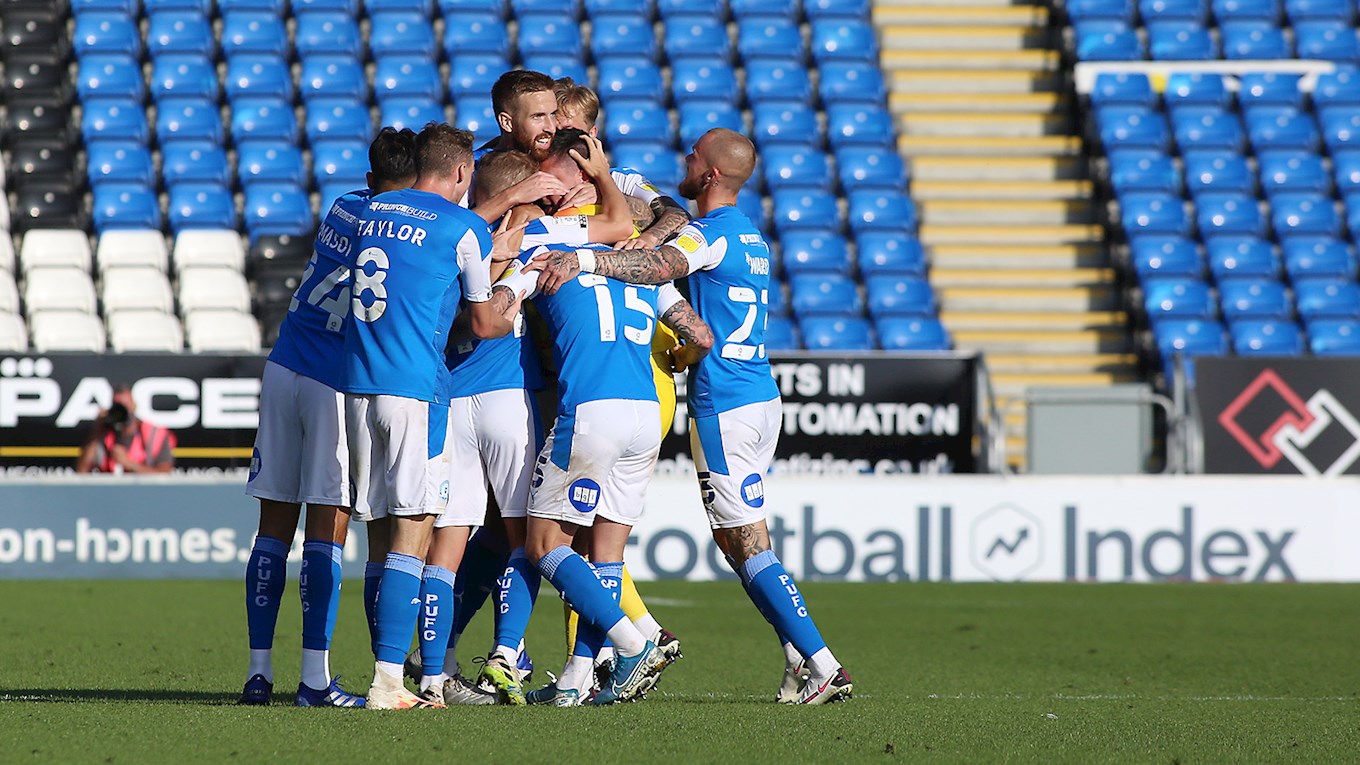 Two goals in stoppage time secured a 2-1 win for Posh against Fleetwood Town.

Peterborough United left it late but produced a fine comeback as two goals in stoppage time from Jack Taylor and Sammie Szmodics secured a 2-1 victory over Fleetwood Town at the Weston Homes Stadium.

Posh started brightly in the late summer sunshine at the Weston Homes Stadium, playing some neat and tidy football, but it took a while for the first effort of the game, Sammie Szmodics seeing an effort from the edge of the box easily gathered by keeper Alex Cairns.

At the other end, the Cod Army were also playing some patient possession-based football and they had the first attempt midway through the first half, Wes Burns testing Christy Pym at his near post with the keeper parrying it behind for a corner.

James Hill glanced a header wide from a Danny Andrew delivery before Clarke-Harris was kept out by a fine stop by Cairns diving to his left. Kent was cautioned for a late foul before the visitors found the breakthrough as a deep corner from Andrew was met on the full by CAMPS and his shot was dispatched past Pym.

Posh made an immediate change, their second of the game with Joe Ward replacing Broom, with Dembele replacing Eisa at the break. Dembele skied an effort just after the hour mark after a quickly taken throw-in from Butler caught the visitors cold.

Posh had another good chance as Kent met a driven Reed corner, but he couldn’t keep his powerful effort on target. Camps fired a well-struck free kick from distance wide of the target after Thompson was cautioned following an aerial duel.

Clarke-Harris headed wide from a driven Reed corner kick before Butler volleyed wide as Posh pressed for an equaliser. Reed was a whisker away from making it 1-1 on 80 minutes as his deflected volley left the keeper flat footed, but it landed on the roof of the netting to the frustration of the hosts.