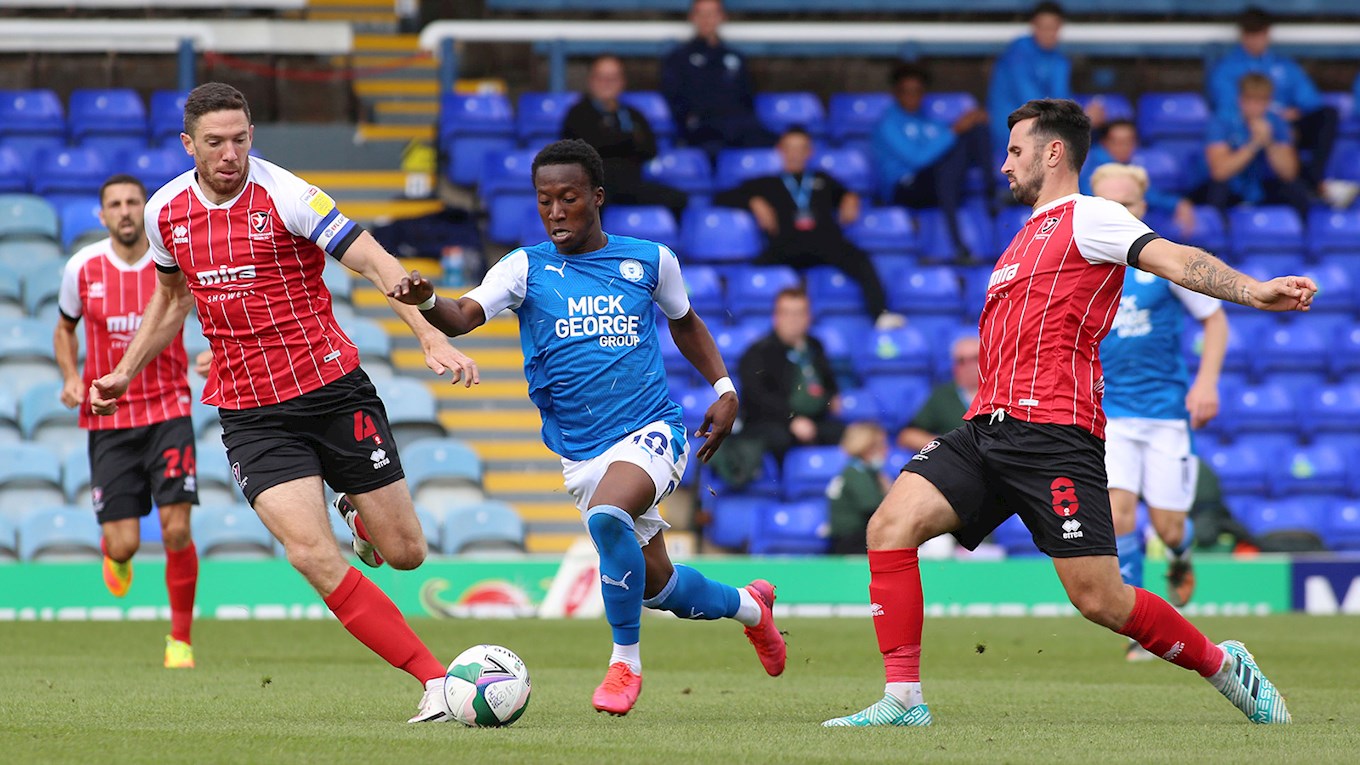 A second half strike from Liam Sercombe secured a second round berth for Cheltenham.

Peterborough United were knocked out of the Carabao Cup at the first round stage by Sky Bet League Two side Cheltenham Town at the Weston Homes Stadium as a second half strike from Liam Sercombe secured a 1-0 victory for the visitors.

Siriki Dembele fired over from 25-yards after the visitors were caught in possession and moments later, they gifted another chance, this time to former Cheltenham man Ryan Broom, but his shot was pushed around the post by Griffiths.

Christy Pym produced a fine stop with his legs to keep out ex-Doncaster man Alfie May after a poor back-pass from Kent sent the striker through on goal. Thomas was cautioned on 26 minutes for a foul on Eisa by referee Mr Young.

Dembele sliced a shot wide with his left-foot on the half hour mark after some slick one-touch football from Posh on the far side. Thompson was cautioned for a foul on 37 minutes after a late challenge.

Griffiths did well to keep out an effort from Dembele after the striker wriggled into space before Taylor flashed a shot wide of the target. Eisa was kept out by the fingertips of Griffiths on 50 minutes as the front man’s low shot with his left-foot appeared to be going goalbound.

The visitors opened the scoring on 58 minutes as a low drive from SERCOMBE found the bottom corner from just outside the box. Eisa immediately hit the crossbar from a tight angle before manager Darren Ferguson made a triple change with Idris Kanu, Ethan Hamilton and Flynn Clarke introduced at the expense of Ward, Broom and Brown.

Dembele was expertly denied by keeper Griffiths on 64 minutes from a dead ball situation but four minutes later and Town were inches away from a second goal as Williams’ cut inside Thompson and fired a shot inches past the far post with his right-foot.

Dembele was again denied by a fine stop from Griffiths on 82 minutes, this time the former Grimsby man letting fly from fully 30-yards.