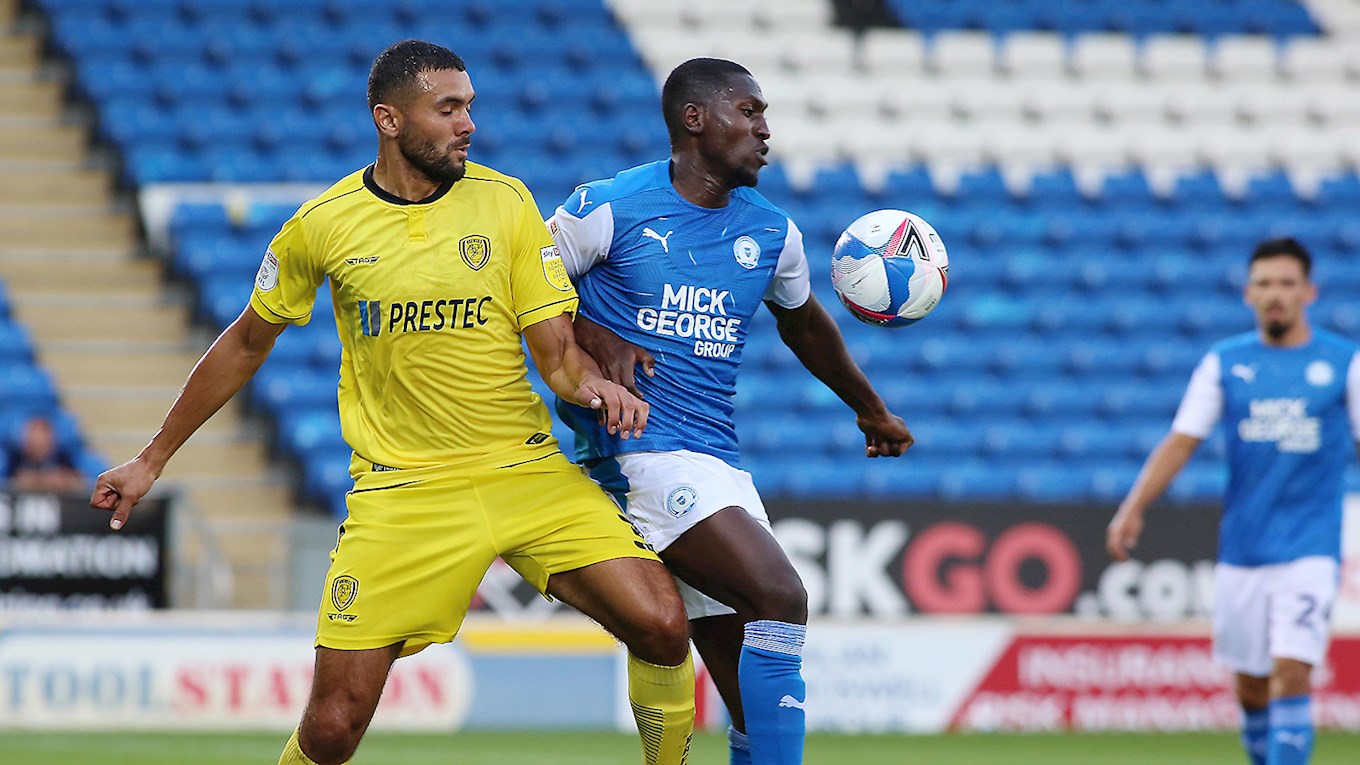 Dan Gyollai saved the decisive spot-kick as Posh beat Burton Albion 5-4 on penalties after a 3-3 draw in normal time.

Peterborough United picked up two points from the first group game in the EFL Trophy after a penalty shoot-out success against Burton Albion following an entertaining 3-3 draw in normal time at the Weston Homes Stadium.

Flynn Clarke netted his first senior goal for the club before a stunning Louis Reed free-kick doubled the lead. Burton pegged Posh back and then took the lead before Niall Mason nodded an equaliser to send the tie into penalties.

It was a lively opening to the first group game with Burton carving out the first opportunity inside the opening two minutes and it was a glaring miss from Lawless, who somehow fired over from close-range with nobody near him.

Posh responded well though and opened the scoring as teenager Flynn CLARKE netted his first goal for the club in competitive action, albeit with a slice of luck as goalkeeper Sharman-Lowe let his effort squirm under him and into the back of the net.

Sharman-Lowe let another shot from Kanu through his grasp moments later, but this time he was able to get back and prevent the ball from crossing the line. Kane Hemmings fired over for Albion on 13 minutes as Jake Buxton’s men tried to draw level before the conclusion of the first quarter of an hour.

Posh doubled the lead on 23 minutes and what a goal it was too, midfielder Louis REED with a stupendous free-kick from 25-yards, rifling the ball past goalkeeper Sharman-Lowe after Hamilton was upended on the edge of the box.

Harrison Burrows was a whisker away from making it 3-0 on 25 minutes, collecting a pass from Reed before cutting inside onto his right-foot and firing a shot just past the far post. The Brewers pulled a goal back on the stroke of half-time as a low centre from Daniel was converted from close-range by LAWLESS.

Posh made a pre-planned change at the interval with Mo Eisa replacing Jonson Clarke-Harris in attack. Ronnie Edwards headed over at the back post from a deep Burrows corner kick as Posh pushed for a third goal.

The visitors levelled on 51 minutes from a set-piece, a contentious one at that, Kanu penalised for a foul and POWELL somehow managed to find the back of the net from an acute angle at the near post. Burton edged in front on 55 minutes and it has to go down as a goalkeeping error as POWELL’s first-time left-foot strike somehow eluded Gyollai.

Posh drew themselves level on 67 minutes as a right-wing centre from Harrison Burrows was nodded home via the inside of the post by defender Niall MASON. Clarke tested the keeper from 30-yards after a neat turn in a tight area as Darren Ferguson’s men pressed.

Hewlett flashed a header wide on 87 minutes at the near post for the visitors before a penalty shoot-out was decided to determine the recipients of an extra point for the group stage.