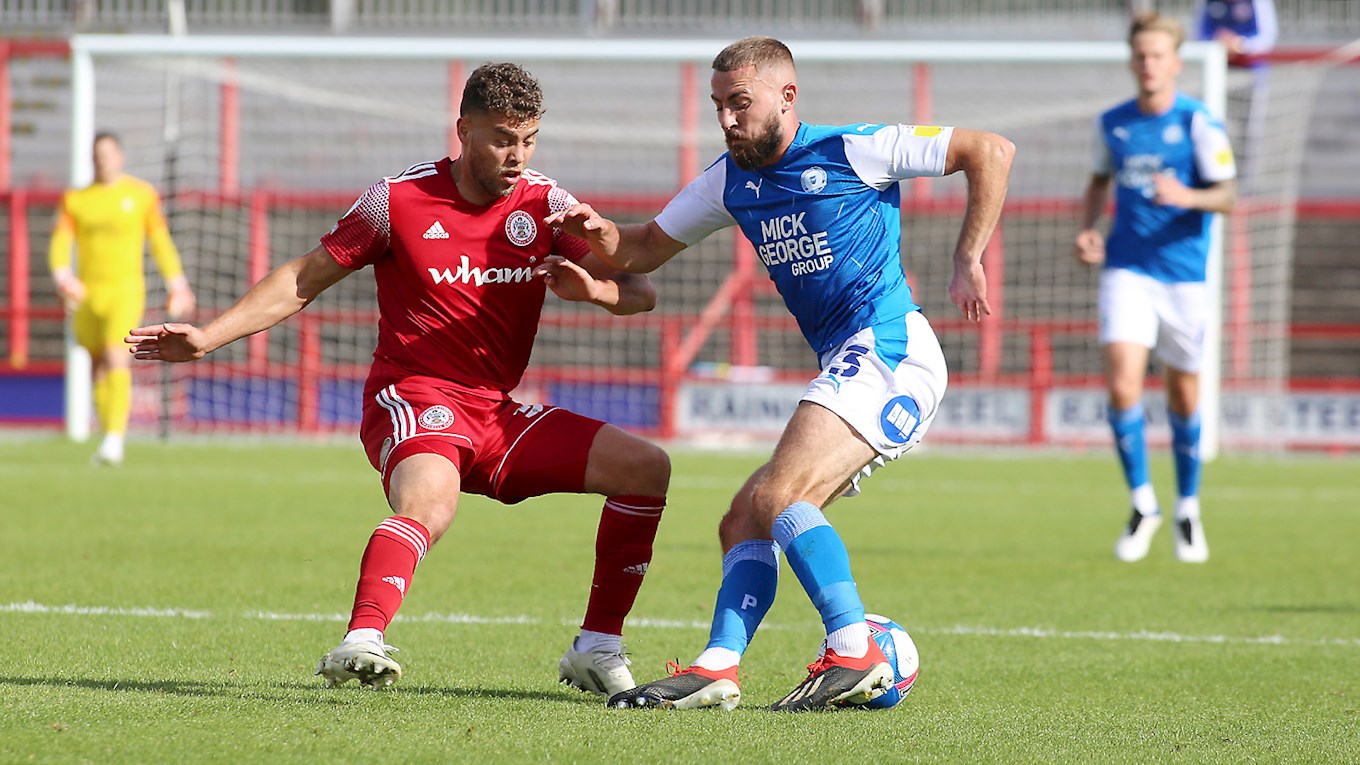 It was certainly a quiet opening to proceedings at an eerily quiet Wham Stadium with both sides struggling to find any rhythm in possession. Defender Dan Butler saw a deflected effort gathered by goalkeeper Savin just after the quarter hour mark before a low Sammie Szmodics shot from distance went wide after good work from Nathan Thompson.

Just after the half hour mark, the hosts cracked the outside of the post after a powerful drive from Butcher following good work from Pritchard. Szmodics fired wide of the near post while off balance after a positive burst from Thompson.

Eisa saw a curler deflected wide for a corner kick before Thompson was cautioned by referee Mr Edwards for deliberate handball. A deep cross from Jack Taylor was met by Clarke-Harris on 38 minutes, but the striker couldn’t keep his header down at the back post.

Into the minute of added time and the hosts opened the scoring and it was a superb volley from Dion CHARLES from just inside the box, rifling the ball past Pym with his left-foot leaving the keeper with absolutely no chance.

Sykes was cautioned for taking down a charging Thompson on 57 minutes and from the resulting set-piece, Jonson Clarke-Harris cracked a left-footed free-kick from the edge of the box against the crossbar.

Eisa was then denied by Savin after wriggling into a bit of space in the right-hand channel as Posh pushed for a leveller. The hosts made two changes in as many minutes on 75 minutes with Bishop and Sama introduced from the bench.

Darren Ferguson brought on Flynn Clarke and Ryan Broom in an attempt to try and salvage something from the contest. The home side doubled the lead on 85 minutes and it was another stunning goal, Chelsea loanee UWAKWE curling a fine effort into the top corner with his weaker right-foot.