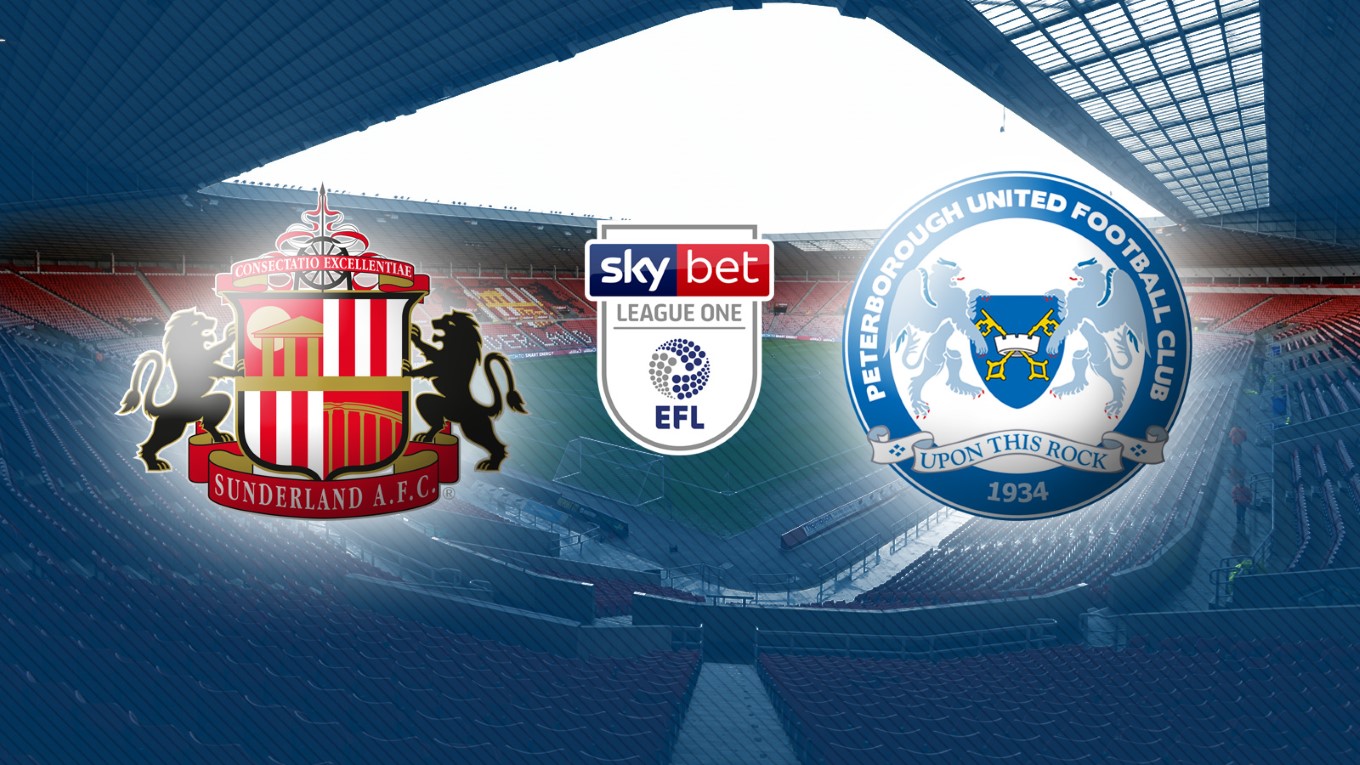 Match preview for Sunderland vs Peterborough United on 26 Sep 20

Posh head north to face Sunderland at the Stadium of Light in Sky Bet League One action.

Peterborough United make the long journey north to face Sunderland at the Stadium of Light in Sky Bet League One action on Saturday (3pm) looking to build on the last gasp success over Fleetwood Town last time out at the Weston Homes Stadium.

The Black Cats enjoyed a 2-0 success at Oxford United last weekend, a notable win against a potential promotion rival. It is the third successive year that Sunderland begin a campaign at this level, but they will be among the favourites for promotion this year, particularly given their recruitment in the summer.

Posh boss Darren Ferguson has confirmed that Ricky-Jade Jones and Frazer Blake-Tracy are available for selection after injury. Those not involved in the win over Fleetwood were given minutes in the bank in a friendly at Boreham Wood on Tuesday evening.

For Sunderland, George Dobson serves the second of his three-match ban, while Morgan Feeney picked up an injury for the under 23s. Max Power is nearing full fitness and he is ranked as 50-50 for the weekend.

“Sunderland are an experienced side and they are managed by an experienced management team. They have an abundance of attacking options and they have a real experienced spine to their team as well. They had a good win at Oxford last weekend and they will be looking forward to the game, just as we will. It will be strange going to an empty Stadium of Light, it is one of the first fixtures you look for and it is such a shame there will be no fans there to watch the game,” Darren Ferguson said.

“Peterborough are a side that are always near the top of the division, Darren has done a great job there. Ivan Toney has gone, but they have replaced him well. They carry a threat, but if we perform at our very best then we will have a good chance as we showed at Oxford last weekend,” Phil Parkinson said.

Posh will be in blue for the trip to the North East.

The match referee for Saturday’s game is Scott Oldham.