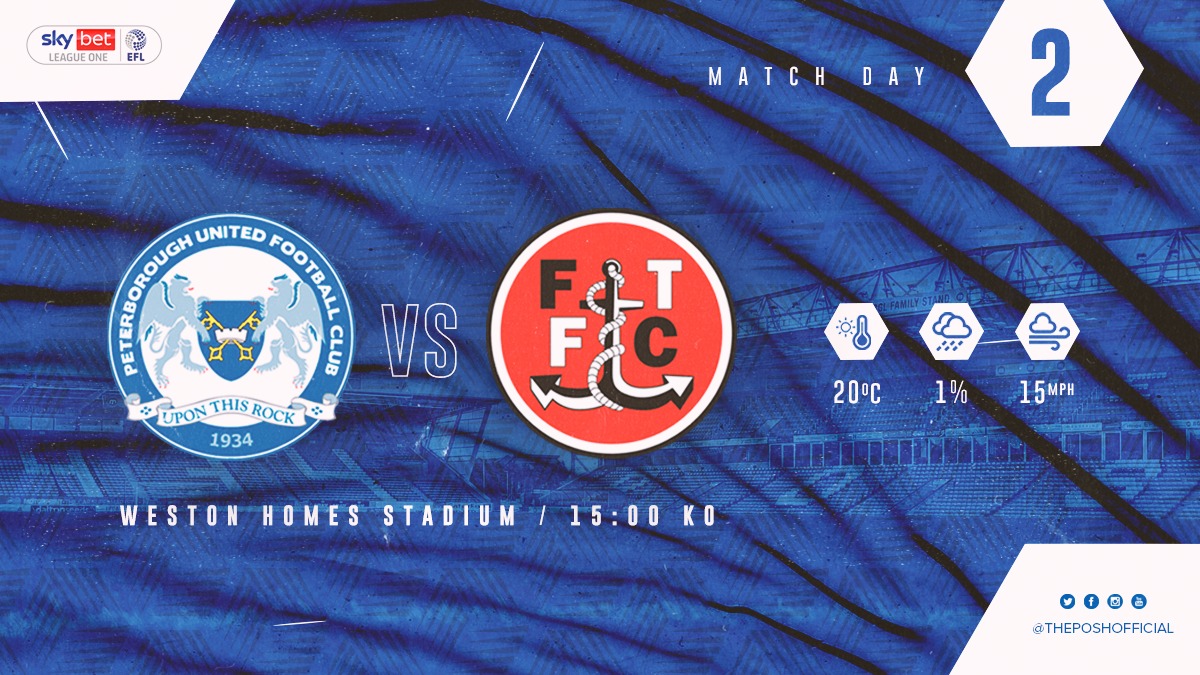 Posh entertain Fleetwood Town in the first home league game of the season on Saturday.

Fleetwood have had an excellent start to the campaign, which included a 2-1 league win over Burton Albion and a 2-1 victory over Port Vale, a win that set-up a tie against Everton next week.

Posh welcome back teenage front man Ricky-Jade Jones to the squad after he missed the opening two weeks of the season with a muscle injury. Reece Brown and Siriki Dembele are unlikely to feature despite completing their isolation period following positive Covid-19 tests. Frazer Blake-Tracy has not recovered from a hamstring injury and will resume training on Monday.

Fleetwood have recruited well during the summer despite losing two of their regular centre backs from last term. Glenn Whelan extended his deal and brings a calmness to the midfield while Ched Evans is one of the best number 9s in the division. Paddy Madden is the one to watch, he is a regular goal-scorer at this level.

Fleetwood have two former Posh players within their ranks. Defender Danny Andrew came through the Academy at the club while Paul Coutts was part of the successful Posh side under Darren Ferguson that secured promotion to the Championship.

“Fleetwood are a good side. They didn’t surprise me last season because they had recruited very well and I am sure they will be there or thereabouts this time around because they have added to their squad and replaced the ones that they lost well. They have had a good start to the season and will be full of confidence. We are looking forward to our first home league game and looking to bounce back from the defeat last week,” Darren Ferguson said.

“We know we’ll have to be as good as we can be on Saturday to take maximum points. They [Peterborough] were very unlucky last year not to make the playoffs. I know we were one of the few sides that beat them when they were on a good run of form but luckily, we beat them home and away last season.

“I think if you beat Peterborough home and away and take six points off them, and you consider yourselves a side that wants to be in the upper ends of League One, then Peterborough are a very good side and have been consistent,” Joey Barton.

The match referee is Christopher Sarginson