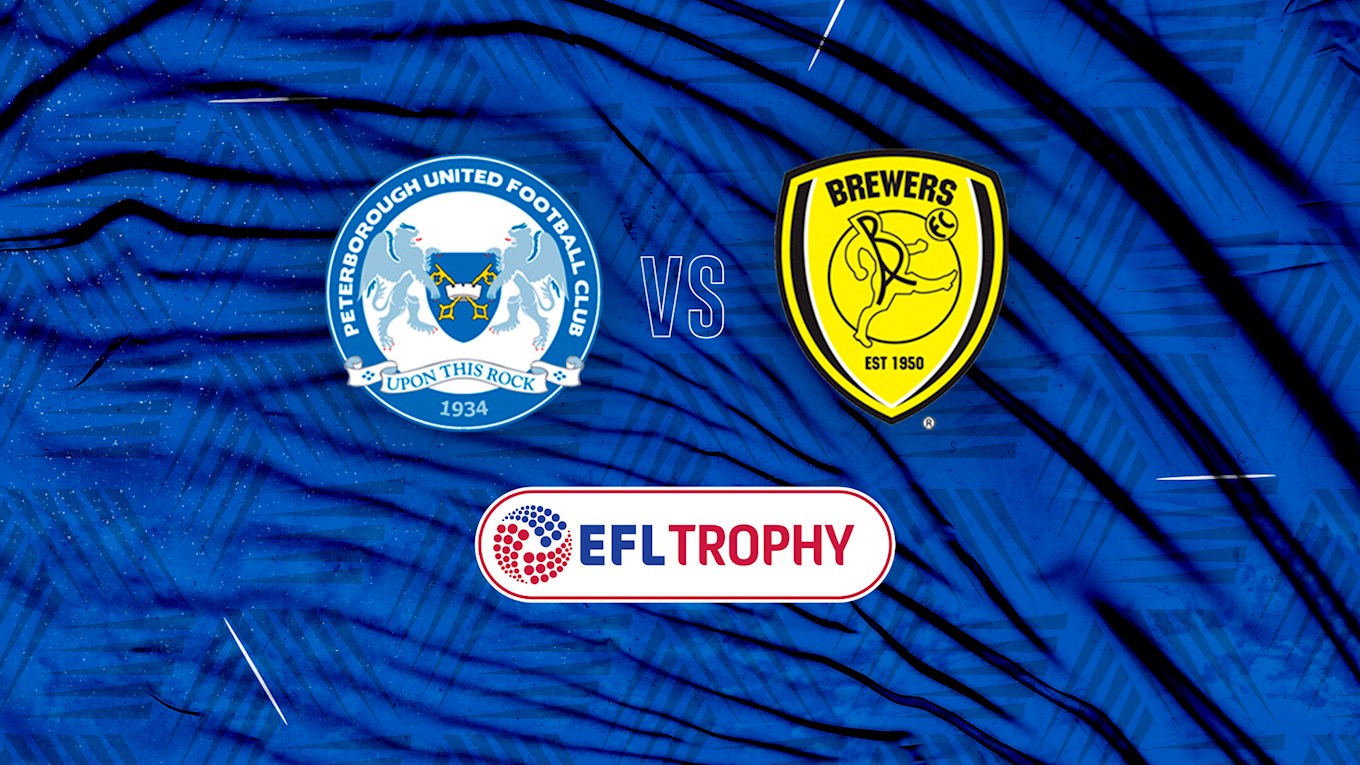 Posh host Burton Albion in the first group game of the EFL Trophy on Tuesday evening.

Peterborough United welcome Burton Albion to the Weston Homes Stadium on Tuesday evening (7pm) in the first group game of the EFL Trophy with Darren Ferguson’s men looking to bounce back following the cup exit to Cheltenham Town on Saturday afternoon.

Albion progressed in the Carabao Cup on Friday evening at the expense of Accrington Stanley, but like Posh, are expected to rotate their squad for this competition. Remember, if the tie is level at the end of 90 minutes, it will go straight to penalty kicks to decide who gets the extra point from the tie.

Ferguson has confirmed that striker Jonson Clarke-Harris will get an unspecified amount of game-time against Albion. He was an unused substitute at the weekend as he builds up his match sharpness after a prolonged period without training during lockdown at his previous club Bristol Rovers.

Frazer Blake-Tracy has picked up a slight hamstring knock while teenage front man Ricky-Jade Jones should return to rehab training on grass on Tuesday with the fixture against Fleetwood Town pencilled in as a potential return date.

“I watched Burton on Friday night against Accrington and they played very well in the first half. They have a lot of experience in their side but of course, in this competition, it is likely, like us, that they will make changes. We want to make a good start in this competition, we did so last season and it took the pressure off in that final game,” Darren Ferguson said.

Burton have two former Posh players within their ranks that could start the game. Michael Bostwick, who joined the Brewers from the Imps in the close season, and Colin Daniel, who made the move to the Pirelli under Nigel Clough’s rein are both expected to be in the squad.

Match passes for this tie are available with the price set by the EFL at £10. For details of how to buy a match pass, click here: https://www.theposh.com/news/2020/september/important-ifollow-information-ahead-of-carabao-cup-tie/