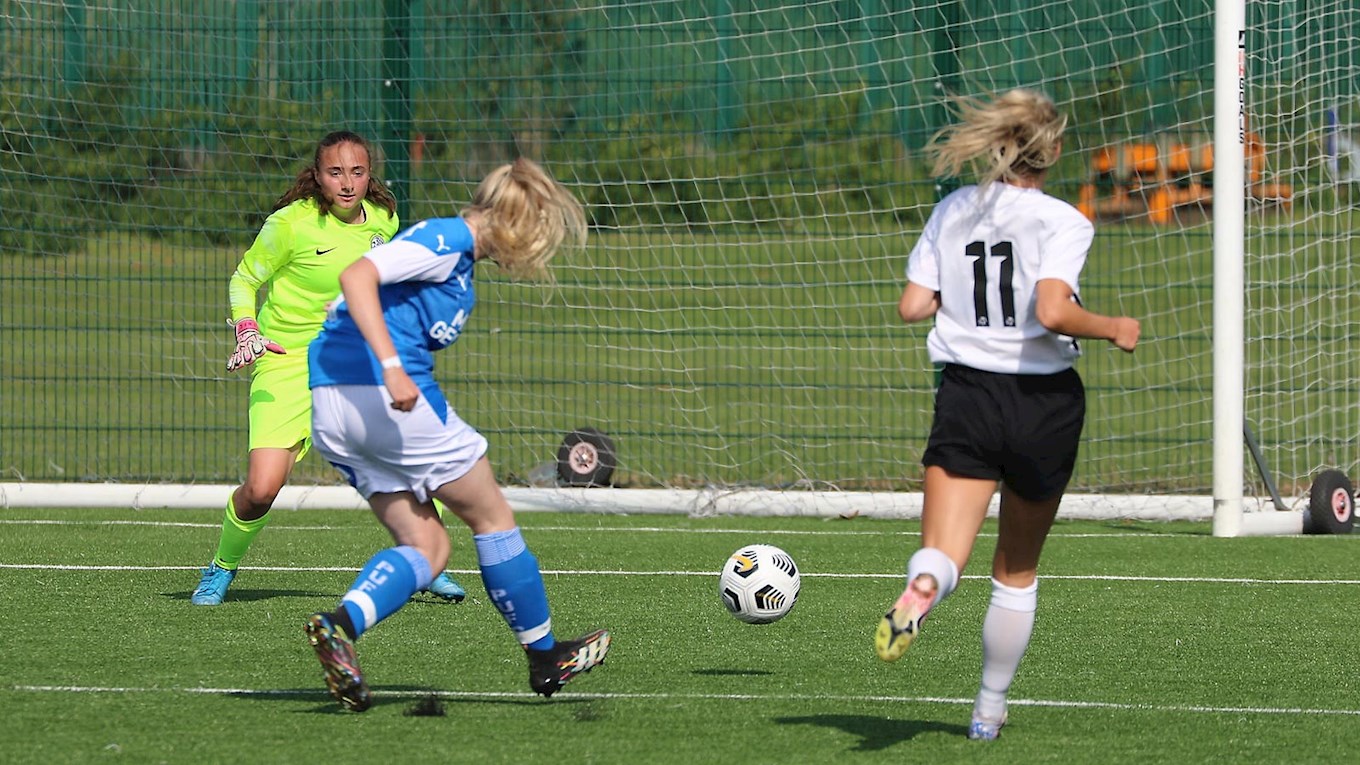 The Posh Ladies were beaten on penalties by Royston Town in FA Women’s Cup preliminary round tie.

Despite missing a number of players due to injury and picking up other knocks throughout the 90 minutes. Posh fell behind early in the contest, but battled back strongly, Molly Orr-Love calmly levelling the scores three minutes after falling behind.

Keir Perkins saw an effort go just wide after good work from Megan Parrett before Posh nudged ahead in the tie with a superbly-worked goal, finished by Perkins after excellent approach play from Laura Dodwell.

Donna McGuigan came close to making it 3-1 after good work from Orr-Love before the visitors equalised from just outside the box. Posh made it 3-2 before the interval as Parrett raced onto a defence-splitting Dodwell pass to fire past the goalkeeper with her right-foot.

Goalkeeper Sophie Powell made two fine stops at the start of the second half to preserve the lead and at the other end, Posh added to their advantage as Dodwell sneaked in an effort at the near post.

However, the visitors responded well and scored twice in as many minutes to level the scores at 4-4 and send the tie straight to penalties, which the visitors won 4-2.

Meanwhile, the Peterborough United Ladies Reserves continued their unbeaten pre-season run with a hard fought 3-1 away win against an experienced Deanshanger Ladies team. The Ladies took a 2-0 lead before half time with goals from Aliyah Palmer and Zoe Devonport .

The second half saw a fight back from Deanshanger who brought it back to 2-1 after a goalmouth scramble. Posh’s two goal advantage was restored shortly after when Isabella Chaudhuri ran in to shoot home from close range to make it 3-1.

This was another battling performance from the new look Reserves team who have now enjoyed pre-season wins against Bedford Ladies Reserves, Sleaford Town, St Ives Development and now Deanshanger Ladies.