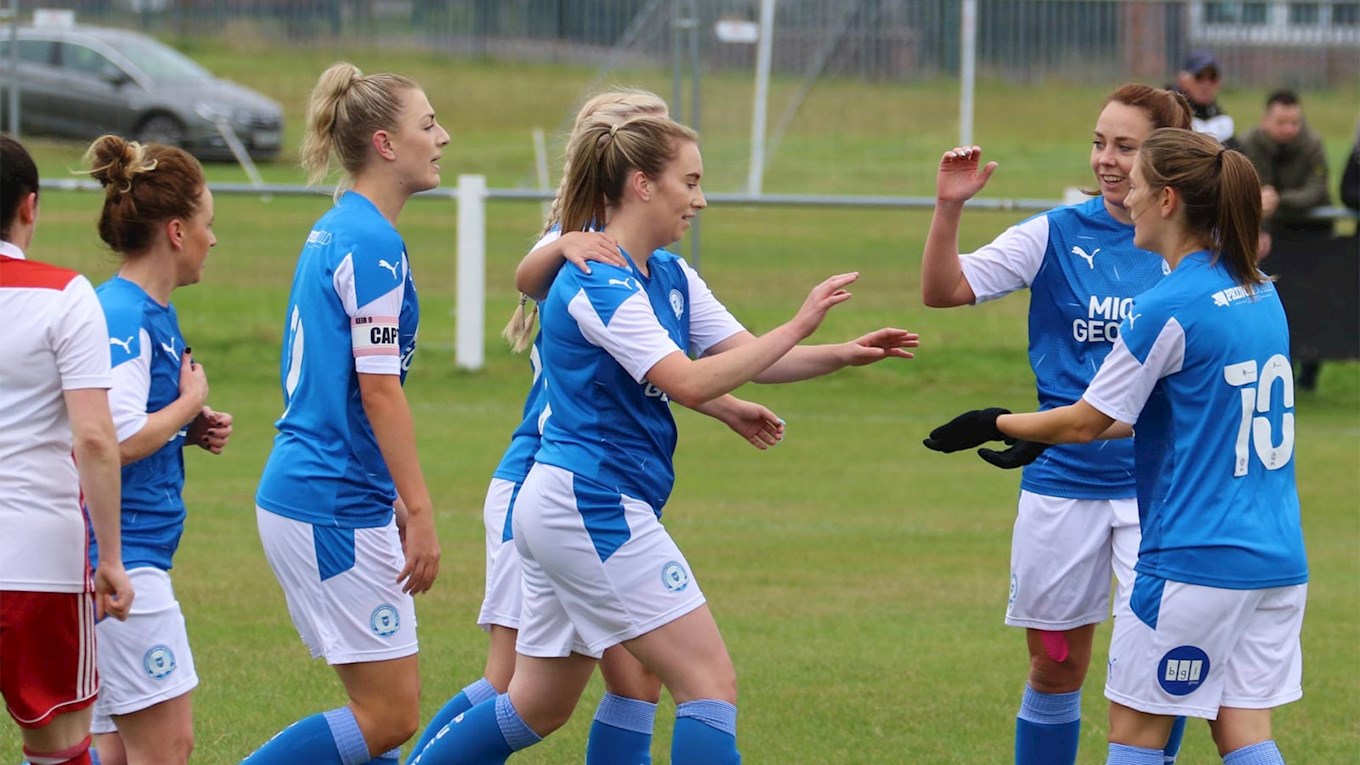 Keir Perkins scored a hat-trick in thumping 6-0 win for the Posh Ladies.

After the heartbreak of last week’s FA Cup penalty shoot-out exit, all eyes were on Sunday’s league season opener at Ollerton Town.

On paper this was a dangerous away opener against a strong tackling and experienced Ollerton Town on a sloping pitch with a strong wind blowing.

This was not to cause Posh a problem though as they went straight onto the front foot and maintained control of the game for just about the whole 90 minutes.

The free-flowing football of last season returned and on eight minutes Piper O’Neill on league debut found Keir Perkins with a lovely pass and PERKINS calmly drilled home to open the scoring.

Posh’s second followed three minutes later. Stacey McConville fed Megan PARRETT who let fly from range and the Ollerton keeper couldn’t keep the shot out despite a despairing dive. Posh were three up onm 23 minutes when the referee pointed to the spot after an Ollerton arm found the ball. Donna MCGUIGAN as calm as ever on the spot sent the keeper the wrong way.

Just one minute later, Ollerton were awarded a penalty at the other end for an adjudged foul. The Ollerton taker did not get full contact on the ball allowing Sophie Powell to clear the ball out of danger.

On 29 minutes Posh scored their fourth and it was a ball over the top from Parrett to PERKINS who ran onto it and made no mistake with her finish for her second of the game.

Just six minutes into the second half after incessant pressure from the kick-off, Posh increased their lead with their fifth of the game. A deep cross from Parrett found Hannah Pendred who got several shots away that were all frantically blocked but eventually the ball fell to PERKINS who calmly slotted away for her hat-trick.

On 61 minutes Posh scored goal number six and it was an excellent team goal. A run down the wing past two Ollerton defenders, Parrett crossed and found Amy CHALLIS under serious pressure was able to find the net. This signalled the end of the scoring but Posh continued to pile forward with real confidence and the movement and passing at times was superb.

After a quiet game, Powell showed her levels of concentration when turning Ollerton’s only shot on goal over the bar in the closing minutes of the game.

An excellent win for Posh to christen the new league season with some exceptional performances across the pitch and a real joy to watch. It also gave interim manager Kathryn Lusk the chance to blood new players with Niamh Connor, Piper O’Neill and Kez Copeland all making their league debuts.

Next up for Posh, a home league match on Sunday 4th October when they entertain Oughtibridge War Memorial Women at the Mick George Training Academy.

The Ladies Reserves rounded off their pre-season in style with a comprehensive 4-1 win against higher League opposition in Kings Lynn. All the damage was done in a 39 minute spell in the first half when goals from Jess Broadway ( 12th minute), Zoe Devonport ( 18th minute ) , Aliyah Palmer (26th minute ) and Callie Tancred ( 39th minute ) effectively ended the contest.

The second half was a tougher one for the Ladies but they defended well and had opportunities to score themselves. Kings Lynn scored a deserved goal in the second half, but the Ladies never looked like conceding any more goals. This was another outstanding team performance. Notable performances included goalkeeper, Katie Cooper who pulled off some excellent saves. Centre half, Sophie Harris, was commanding in defence alongside midfielder, Emily Smith. 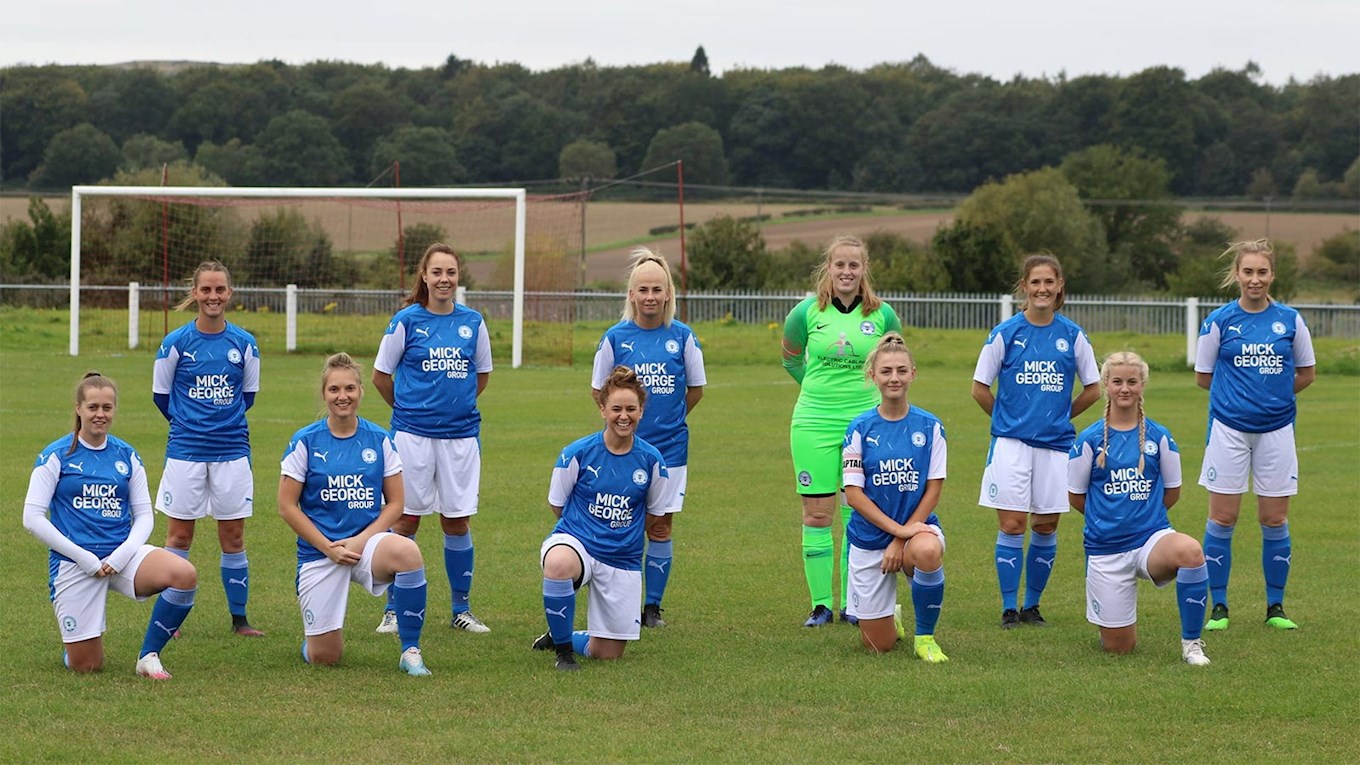