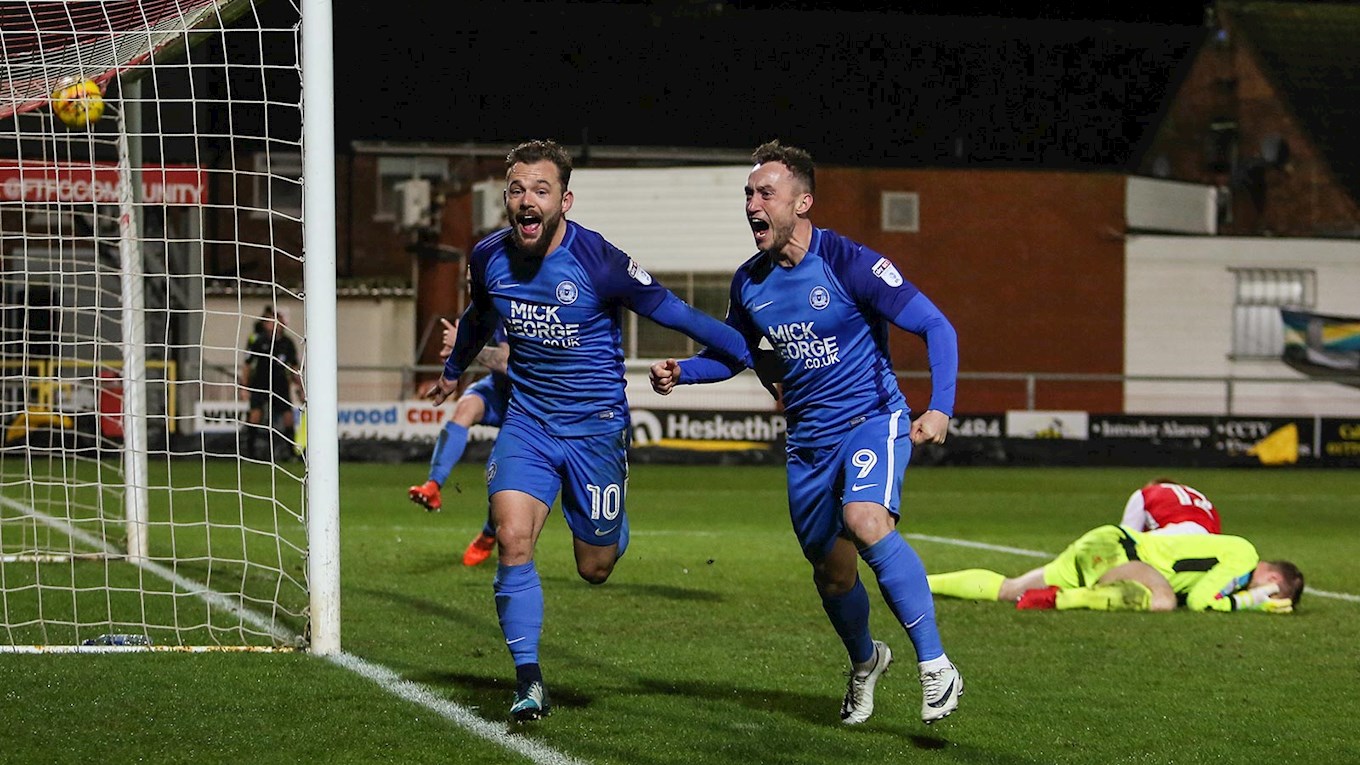 Fleetwood | It’s All About You!

Our new feature ‘Versus’ looks at Saturday’s opponents Fleetwood Town.

Fleetwood Town 2-3 Peterborough United
In December 2017 Peterborough United left Highbury Stadium victorious having come from behind twice to beat Fleetwood Town 3-2. Amari'i Bell put the Trawlermen in front in the 29th minute before Michael Doughty equalised in the 55th. Cian Bolger thought he had won it for his side in the 82nd minute but goals in the 88th and 90th from Jack Marriott and Danny Lloyd ensured Posh came away with all three points.

Paul Coutts:
Veteran midfielder Paul Coutts played for Peterborough United between July 2008 and January 2010. He made 59 appearances for the club and was a part of the team that finished runners up in League One in the 2008/09 season. Coutts currently represents our opposition on Saturday Fleetwood Town who he has played for since the beginning of the 2019/20 season making 43 appearances. Last season he helped his side get to the playoffs where they lost to now Championship side Wycombe Wanderers over two legs.

David Ball:
Wellington Phoenix striker David Ball played for Peterborough United between January 2011 and July 2012. During this spell Ball scored 11 goals in 45 games for the club and helped them gain promotion to the Championship via the playoffs. He also had two loan spells at Rochdale during his time at Posh. Ball’s next club was Fleetwood Town where he stayed until June 2017. He played 209 times for the Trawlermen scoring 49 helping the club gain promotion to League One via the playoffs in the 2013/14 season. Ball also became just the second Englishman to be nominated for the Puskas award after Wayne Rooney for a spectacular chip against Preston North End in 2015.

Kyle Dempsey:
Gillingham midfielder Kyle Dempsey played for Fleetwood Town between August 2016 and July 2020 initially on loan which was then made permanent in May 2017. Dempsey made 146 appearances for the club and was in the side that lost to Wycombe Wanderers in the playoff 2020 semi-finals. In January 2019 Dempsey joined Peterborough United on loan for the rest of the season. Dempsey made 11 appearances for the club.